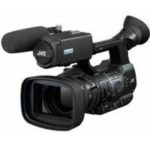 When Steven Spielberg (born 1946), the award-winning movie director, was a young boy, he was plagued at school by a big bully who regularly ridiculed him, hit him, or put his head under the water fountain.

One day, Steven’s mother gave him a movie camera for his birthday. He decided to make a movie in which he needed someone to play the role of a big bully. He asked the boy who had repeatedly harassed him if he would play the role of a bully in his movie. He accepted with delight, and played the role very well.

In this way, that boy became Steven’s friend, and protected him against other big boys if they tried to hurt him (Arthur Kanegis).

A proverb says, “The only way to get rid of your enemies is to make them your friends.”

Anticopyright: Editorials and articles originated on TMS may be freely reprinted, disseminated, translated and used as background material, provided an acknowledgement and link to the source, TMS: Steven Spielberg, is included. Thank you.