Spiritual Voices amid the Chaos

There is a considerable difference between an institutional religion and a genuine spirituality, where the former is based on rigid rules and rituals while the latter succumbs to the harmonious rhythm of life. 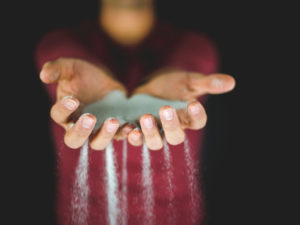 In the current vacuum of superficiality, people believing in themselves enough to deny the importance of spirituality in this transient life we live are void of the very essence of existence and trapped in trivial materialism that can only bring sorrow to those with deeper insights.

This wisdom is explicitly echoed by psychologist Carl G. Jung, Sufi poet Rumi, author Elif Shafak, and through Sufi music performed by prodigies such as Sheikh Ahmad Hawili, Ghalia Benali, Jahida Wehbe and many others.

Psychology pioneer Carl C. Jung highlights and interprets the role of mythology throughout civilizations and describes several archetypes based on these mythologies. However, what he also stresses out is the indispensable spiritual aspect that humans cannot live without should they seek a fulfilling life.

In the lines below, he expresses the flaws of modern civilization where genuine spirituality has been moved to the margin if not erased altogether and the unfavorable consequences of such irrational shift.

“Modern man does not understand how much his ‘rationalism’ (which has destroyed his capacity to respond to numinous symbols and ideas) has put him at the mercy of the psychic ‘underworld.’ He has freed himself from ‘superstition’ (or so he believes), but in the process he has lost his spiritual values to a positively dangerous degree. His moral and spiritual tradition has disintegrated, and he is now paying the price for his break-up in worldwide disorientation and dissociation.”

Well, “worldwide disorientation and dissociation” are an evident plague affecting the core of humanity. The “rationalism” of humans has indeed equipped them with the necessary knowledge to thrive and progress beyond expectation.

However, when we intended to squeeze every aspect of life in physical and material explanations, we had to give up the aspects that did not fit such way of thinking including spirituality. How would we succeed to reach a rational explanation of what is beyond matter?

Language, for example, is inadequate to fully crystallize the spirit and spiritual concepts. Thus, we cannot simply shun a vital aspect of our existence just because we fail to explain or simplify it.

As for religion, it most of the time fails to sustain a spiritual approach for the sake of keeping a tight grip on people, and that is where religion and spirituality diverge in their purpose, or in Jung’s words:

“anthropologists have often described what happens to a primitive society when its spiritual values are exposed to the impact of modern civilization. Its people lose the meaning of their lives, their social organization disintegrates, and they themselves morally decay. We are now in the same condition. but we have never really understood what we have lost, for our spiritual leaders unfortunately were more interested in protecting their institutions than in understanding the mystery that symbols present… We have stripped all things of their mystery and numinosity; nothing is holy any longer.” 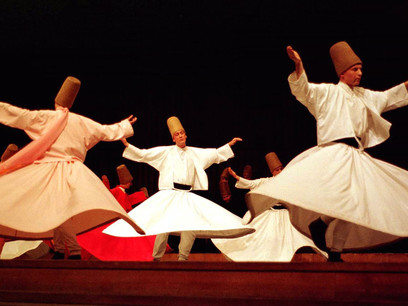 On the other hand, Sufism is a spirituality in practice rather than just science, it is to abhor all material desires for the sake of absolute love and oneness.

By doing so, a person experiences a radical shift of perspective and vision and transcends to a fulfilling life where everything becomes beautiful and a sense of unity with the world redefines the whole existence.

To talk about Sufism is to talk about Rumi, a 13th century Persian Sufi mystic and poet. With the guidance of his companion and mentor Shams of Tabriz, he was able to experience absolute love and transform from a revered scholar and teacher to a poet inspired by the spiritual power of divine love.

The wisdom imparted to the world by this distinguished sage is creatively crafted and assimilated in the novel written by Turkish author Elif Shafak. Her book The Forty Rules of Love is a story oscillating between present and past for the sole purpose of showing the power of a spirituality founded on unconditional love and self-awareness.

As much as Rumi was inspired by Shams of Tabriz, Ella experiences similar inner transformation almost a thousand years later and treads on the same path of spiritual love to unveil a whole new existence she never knew was possible. The rest of the story and the wisdom conveyed in the forty rules are for you to discover and be inspired.

Apart from psychology and art, music and dance are other means that convey the spiritual facets of Sufism. By dance, I mean Sema – or the whirling dervishes who seek unity with God through the whirling dance.

While Rumi is one among many Sufi poets to mention, also is Sheikh Ahmad Hawili who is one of many artists who set you on a spiritual journey while singing Sufi poems written poets as numerous as the days of history.

Whether it is Rumi, Omar Khayyam, Ḥafeẓ-e Shirazi, Al-Hallaj, Ibn Al-Faredh, or many others, Sheikh Hawili’s voice mesmerizes your whole being to carry you beyond the here and now.

Similarly, Ghalia Benali and Jahida Wehbe’s voice deliver a transcendence beyond language comprehensible even by the most modest of souls.

Those are few of the countless names in regard to historical poets and contemporary artists, yet what is common among all of them is the spiritual path that distinguishes them and the love they permeate through word and sound.

In Bertrand Russel words “the good life is one inspired by love and guided by knowledge.” From science to Sufism, spirituality is the leading goal to a life of self-fulfillment and an unblemished vision of the true beauty surrounding us across the universe and beyond.

Spirituality entails the pursuit of utter and unconditional love, respect, empathy, understanding, acceptance, vision, self-awareness, connection; it is not a fear of an unknown god but a sense of wholeness with the world and god, a realization that everything is one from humans to animals to flowers to trees to rivers, to skies, to galaxies and so on.

The vastness of the world before our eyes is a reflection of what lies within ourselves, if we only ponder enough and reflect enough inward as much as we do towards the outside world we experience the oneness experienced by dervishes and Sufi mystics. Below is a Sufi closure from Shafak’s novel The Forty Rules of Love.

“Not Christian or Jew or Muslim, not Hindu, Buddhist, Sufi or Zen. Not any religion or cultural system. I am not of the East, nor of the West. … My place is placeless, a trace of the traceless.”

“It is never too late to ask yourself, ‘Am I ready to change the life I am living? Am I ready to change within?’ “Even if a single day in your life is the same as the day before, it surely is a pity. At every moment and with each new breath, one should be renewed again. There is only one way to be born into a new life: to die before death.”

“You can study God through everything and everyone in the universe, because God is not confined in a mosque, synagogue, or church. But if you are still in need of knowing where exactly His abode is, there is only one place to look for Him: in the heart of a true lover.”

“Fret not where the road will take you. Instead concentrate on the first step. That’s the hardest part that’s what you are responsible for. Once you take that step let everything do what it naturally does and the rest will flow. Do not go with the flow. Be the flow.”

Sayde-Tawk – I’m an adventurous and outgoing person from Lebanon. I love diversity and perceive the world as one nation.

One Response to “Spiritual Voices amid the Chaos”