Are NGOs Responsible for the Migration Crisis in the Mediterranean? 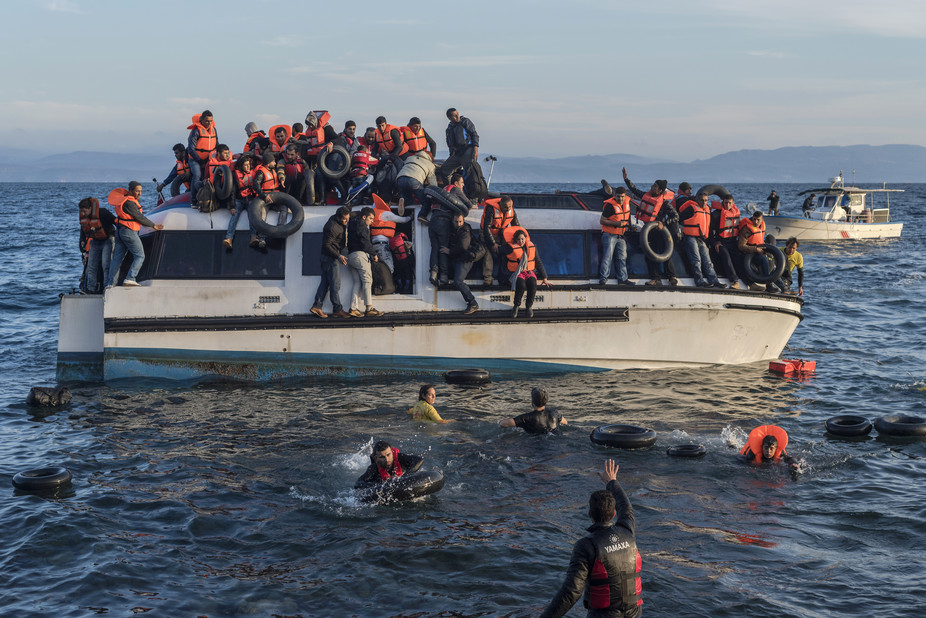 Migrants are being rescued by members of the “Proactiva open arms” NGO, off the coast of the Island of Lesbos (Greece). Ggia/Wikimedia, CC BY-NC-SA

Year after year, we see the same dynamics at work. Migrants flee conflict and instability in the Middle East and Africa trying to reach Europe. In order to avoid the land checkpoints established by European governments, they take their lives into their hands, setting off across the Mediterranean in makeshift boats, often operated by unscrupulous people smugglers.

This is not a recent tragedy; migrant advocate organisations have been recording the death toll of these people since the 1990s. But now they don’t simply tally up the dead, they directly intervene by rescuing migrants at sea.

It all started in 2014 with the discontinuation of the Italian navy’s humanitarian and military operation Mare Nostrum. The cost of the operation was too high for the Italian government, which was unable to convince its European partners to join its efforts.

The program was replaced by operation Triton, financed by the European Border and Coast Guard Agency (Frontex). But NGOs feared that the change would lead to the deaths of thousands of migrants: Triton has a lower budget than Mara Nostrum and only operates in a small section of the waters where boats are liable to sink.

Above all, Triton was primarily designed for border control, rather than saving lives.

Launched by a couple of Italian-American millionaires, the Migrant Offshore Aid Station (MOAS) was the first private organisation of its kind to charter a boat. In 2015, Doctors without Borders (MSF, short for Médecins Sans Frontières) followed their lead, as did Save the Children in 2016. 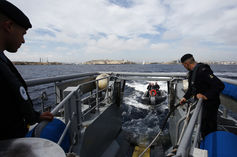 Operation Frontex personnel operate off the coast of Malta in March 2017.
Austrian Federal Ministry for Europe, Integration and Foreign Affairs/Flickr, CC BY

The number of different authorities and organisations involved has made rescue operations more complex. Since maritime law states that any vessel close to a boat in distress must come to its aid, the relevant maritime authorities coordinate rescue efforts for each zone. In the central Mediterranean Sea, it is most often the Italian coast guard, part of the Ministry of Transportation, that grants NGOs permission to intervene.

But, in reality, it’s often the NGOs who find a sinking boat and contact the coast guard themselves.

Once the migrants are rescued, they are taken to an Italian port, under the authority of another government department (Ministry of the Interior), who selects their destination, registers them and directs them towards “ hotspots ” – migrant centres set up by the European Union.

In Italy, the role of NGOs in rescue operations has created controversy. In December 2016, the Financial Times highlighted Frontex’s frustration.

The European border force has reservations about sea rescue operations. In its opinion, letting migrants believe that all they need to do is take to the sea to be rescued and welcomed to Europe opens up the floodgates.

According to the British newspaper, Frontex has evidence that some NGOs are in contact with smugglers and direct them towards zones where migrants have the best chance of being rescued. In other words, they claim these NGOs are accomplices to human traffickers and are therefore guilty of the crime of assisting illegal immigration.

The report led Italian authorities to investigate. In May 2017, the Italian senate’s parliamentary inquiry concluded that NGOs constitute a “pull factor” and that they should cooperate more with maritime police operations. The Catania chief prosecutor nevertheless stated that there was no proof of wrongdoing.

The Italian government itself is divided. While the minister for foreign affairs has denounced the NGOs, the prime minister has thanked rescuers for their help, and the coast guard says it supports “politically neutral” maritime activities.

International organisations have also taken a stand. The UN High Commission for Refugees defended the NGOs, while the International Organization for Migration gave partial support to Frontex’s arguments, while highlighting the importance of saving lives in the Mediterranean.

Yet the end of the Mare Nostrum operation, far from limiting fatalities, led to an increase in deaths. In the 2016 report Death by Rescue, these same researchers measured fatalities during Mediterranean crossings, comparing the number of people lost at sea with the number of people who reached Europe. They showed that it was far more dangerous to migrate during the Triton operation than Mare Nostrum. Increases in fatalities and the risk of death during a crossing are therefore not due to the presence of rescuers but rather to the lack of rescue operations.

These reports accuse Frontex of ending the Mare Nostrum operation knowing that it was saving lives. They also claim that it is now doing the same thing with NGOs, attempting to get rid of them knowing full well that their absence would make the journey riskier.

The debate highlights contradictions in European migration policies, which are creating a “prohibition effect”. If it is impossible to procure something legally (access to Europe), demand shifts to the riskier back market, profiting unscrupulous intermediaries.

Strengthening border control, especially on land, automatically results in risky boat journeys and therefore a rise in the number of deaths at sea. And the humanitarian aim of saving lives inevitably runs up against government efforts to control immigration.

The issue of legitimacy

Behind the controversy lies the question of legitimacy. Who has the right to intervene and come to migrants’ rescue?

Frontex defends the right of governments to control their borders and exercise sovereignty. NGOs have another perspective: if national governments are unable to uphold certain fundamental rights, such as the right to life, civil society must intervene.

This philosophy is nothing new. State inaction is also the reason many NGOs have become involved in the fight against poverty, for instance, and the defense of minorities. What is different is its application to questions of sovereignty, which is normally reserved for nation states. 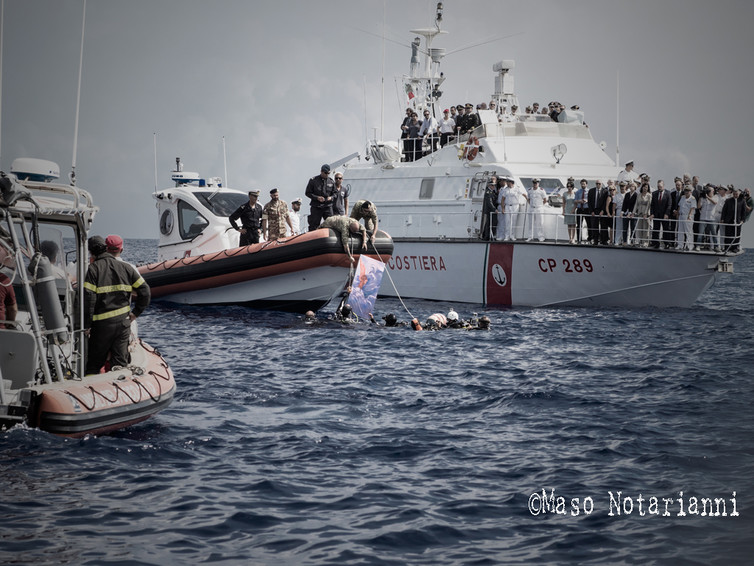 To an extent, the crisis in the Mediterranean enables NGOs to challenge state control over borders. And it’s understandable that this creates resistance. But if governments wish to defend their monopoly, they should find better arguments than those put forward by Frontex.

Greater solidarity in Europe would help avoid situations like the one that led to the discontinuation of the Mare Nostrum operation. Following the Dublin Convention, countries such as Greece and Italy are continuously at the front line, which is neither fair nor sustainable.

In this context, we can see the limits of the current political approach to migration, founded on an obsession with security and a denial of fundamental rights.

With calm weather conditions ideal for sea crossings, the northern summer is almost upon us. The migration debate is only just beginning and it brings with it the need for a basic rethinking of European migratory policies.

Translated from the French by Alice Heathwood for Fast for Word.

One Response to “Are NGOs Responsible for the Migration Crisis in the Mediterranean?”