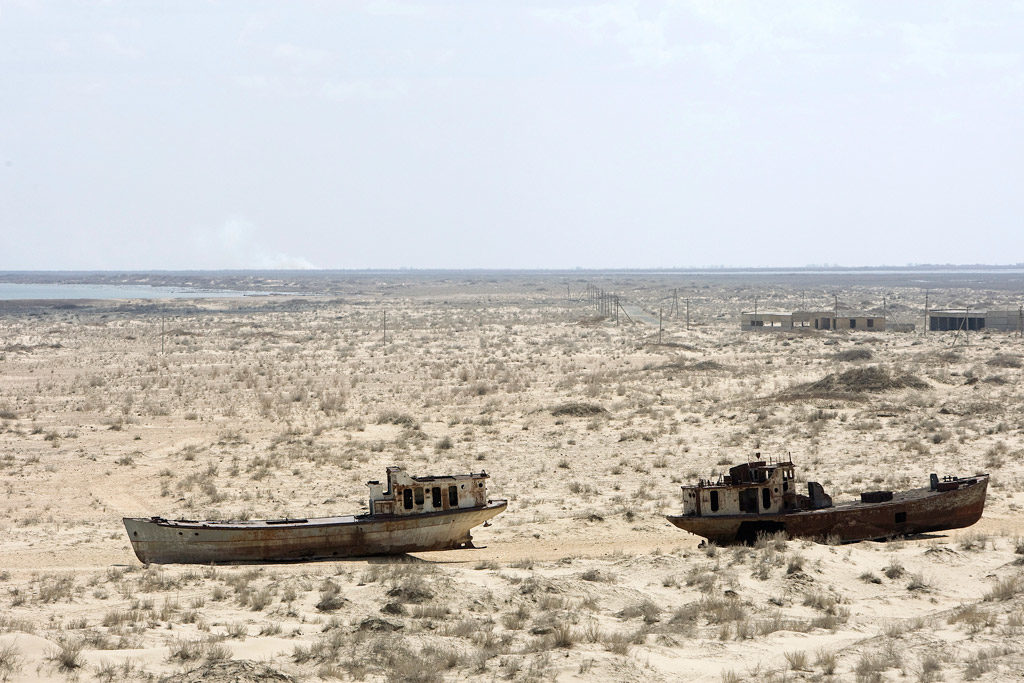 A view of rusted, abandoned ships in Muynak, Uzebkistan, a former port city whose population has declined precipitously with the rapid recession of the Aral Sea.
UN Photo/Eskinder Debebe

10 Jun 2017 – Continuing his visit to Central Asia, United Nations Secretary-General António Guterres today visited the Aral Sea – once the world’s fourth largest inland sea, that has now shrunk to about a quarter of its original size due to human mismanagement – where he urged the world to take lesson from the catastrophe and to ensure that such tragedies are not repeated.

“The Aral Sea’s progressive disappearance was not because of climate change, it was mismanagement by humankind of water resources,” said Secretary-General Guterres after visiting Muynak, the ‘cemetery of ships’ – once a port city but now devoid of all water.

“It also shows that if in relation to climate change, we are not able to act forcefully to tame this phenomenon, we might see this kind of tragedy multiply around the world,” he warned.

The environmental disaster was precipitated by diversion of tributary rivers which drained into the Aral Sea for irrigation projects nearly half a century ago. Lack of fresh water feeding the sea slowly dried it up, increasing the salinity of the area, with serious impact on human health and agriculture.

Terming the catastrophe “probably the biggest ecological catastrophe of our time,” one that demonstrated that “men can destroy the planet,” the Secretary-General called on everyone to make the Aral Sea a lesson and to mobilize the whole international community to implement the Paris Agreement on climate change and to make sure that such tragedies will not be repeated.

Earlier in the day, Mr. Guterres held a meeting with the President of Uzbekistan, Shavkat Mirziyoyev, where they discussed collaboration between the UN and the country in the context of Sustainable Development Goals (SDGs) and regional matters.

The UN chief also met with representatives of the civil society and visited Samarkand, one of the oldest inhabited cities in Central Asia. 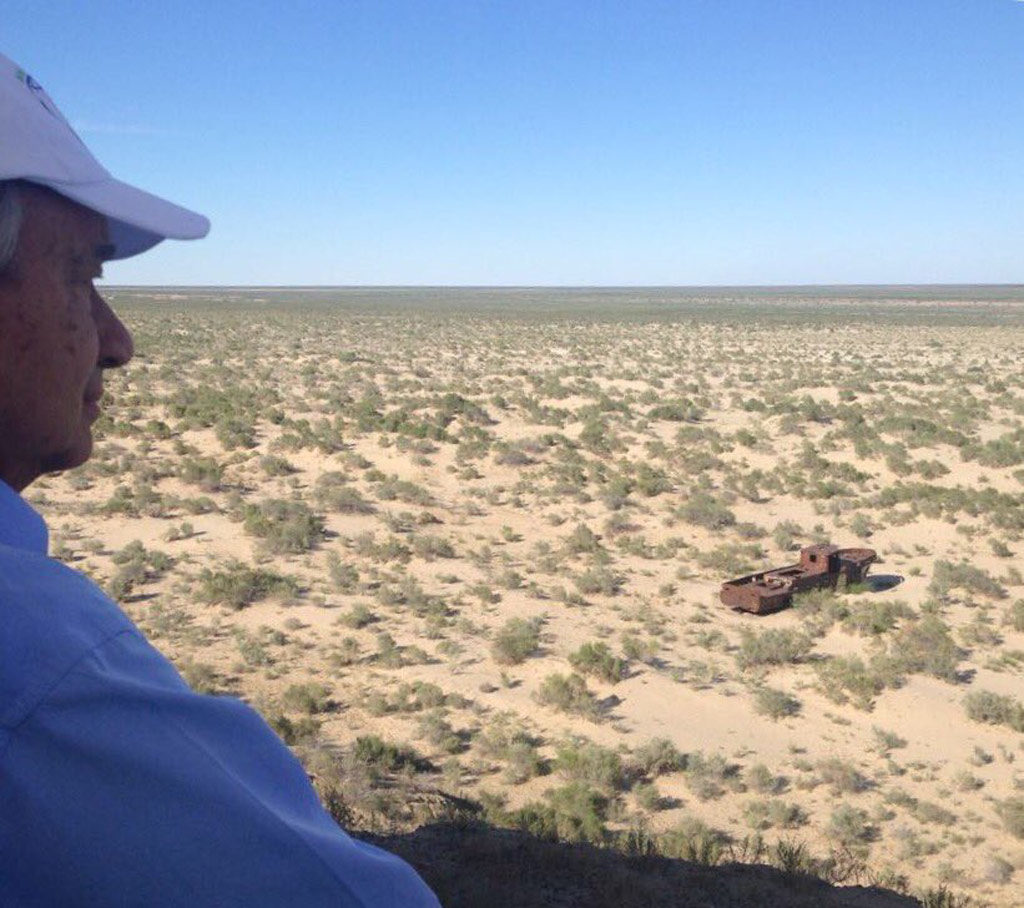 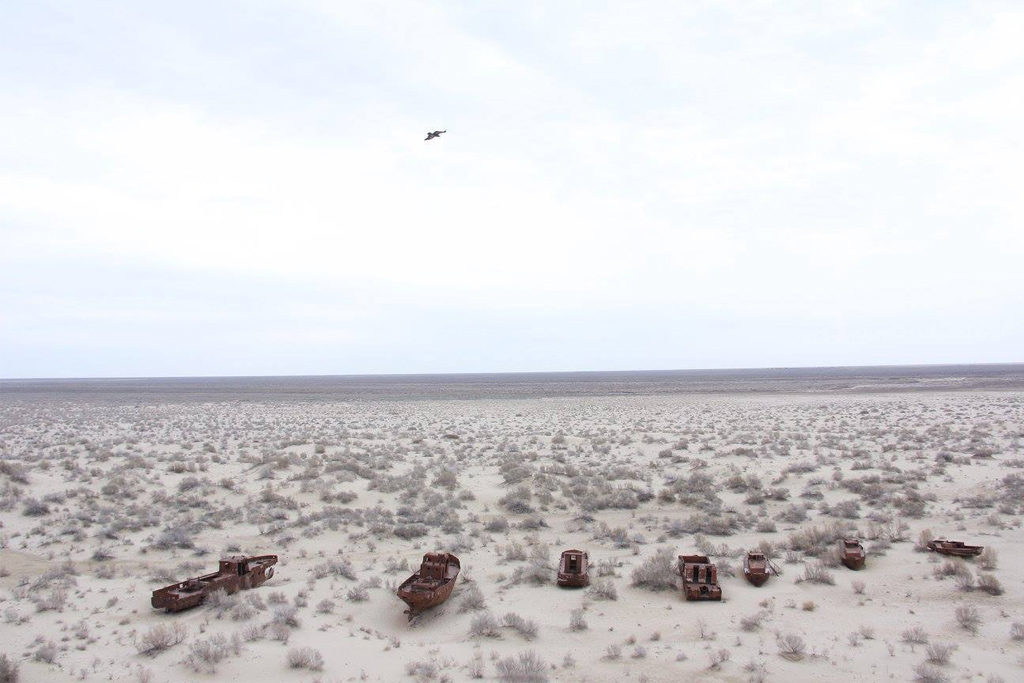 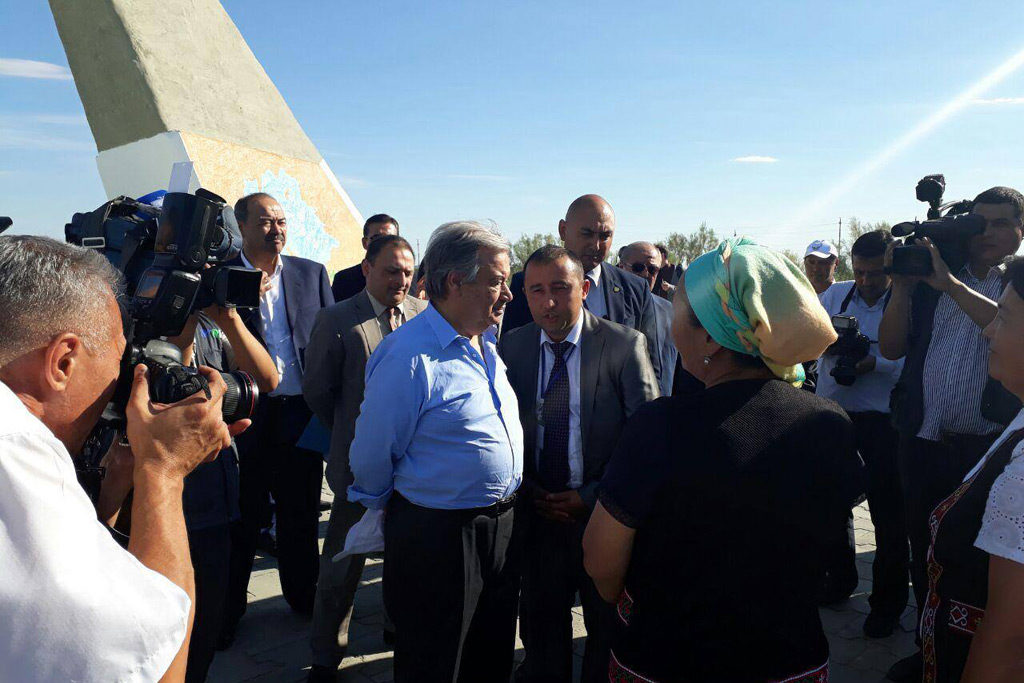