The words to this lyrical poem, Pashtun Woman, are presented in a rhythm and evocative cadence to the delicate and haunting melody, A Thousand Splendid Suns.  This melody was composed by the talented Australian folk-song writer, singer, and diplomat, Ian “Fred” Smith. The singing is by gifted Australian songstress, Liz Frencham. The title of this melody was adapted from a Seventeenth-Century Afghan poem, written by Saib e Tabrizi. The version in my possession was sung at the Concert for Uruzgan, at the Burrinja Cultural Centre, Sydney, Australia, on June 19, 2014.

The website for Mr. Smith is: www.fredsmith.com.au I am indebted to Mr. Smith and Ms. Frencham for doing more to alert us to the horrors of the endless Afghan war.

I must now leave this land I love,
Or perish, and remain forever.
I will miss blue skies high above,
Mountains, valleys, rivers, I have wandered.
There is no reason to remain,
All life and memory are now deeply stained.
They said they came to make us free,
But all they brought was misery.
I must make a sacred journey from my home,
Seek life anew far from where I was born.
My heart and spirit are now broken and forlorn,
Buried forever in this earth scorched and torn.

I will join others for a distant walk,
They say they know where they are going.
They say their brothers have gone before.
And there found safety from the war.
They whisper Peshawar many times,
I will follow them, but perhaps there die.
My eyes are swollen from my tears,
I travel blindly, no longer feeling fear.
Soldiers and warriors promised us peace, and so much more,
But they were only here to make a war.
Their words were lies, absent any sincere meaning,
Our bodies now lie dead or bleeding.

What did my tiny children do?
They were so innocent as they played.
They brought us joy and laughter,
Now I place flowers on their graves.
My husband is gone, no longer here,
Buried beneath rubble and rocks I fear.
He said he must go to fight the foe.
It was written he said, so it must be so.
Now I pack soiled sour grains to eat,
Tie my strongest sandals on my feet.
I carry now my few remains,
Tattered photos covered with blood stains.

Do they know or care what they have done?
With their lies and promises, what have they won!
They have planted endless grief,
The war they cause will never cease.
We are Pashtun, brave and strong,
But now all we have left are poems and song.
I go now, and close the gate,
I go now, and follow fate.

Estimates of the number of Afghan refugees are difficult to determine with exactness. International authorities conclude there are more than six million Afghani refugees and internally displaced persons. Most of this number of refugees and displaced people traveled to Iran and to Pakistan, many settled amidst uncertainty and deprivation in the town of Peshawar, Pakistan.

The full extent of their plight in these countries is often unknown. They are unwanted and subject to abuse and exploitation. While Afghan diaspora exist across the world, some find new lives in Europe or the United States; the number finding safety is low, however, and the world seems to have ignored their plight. It is, in many ways, genocide, of the Afghan people, a genocide rooted in abandonment and powerlessness at the hands of hegemonic powers.

And still the USA and its NATO allies insist on remaining in Afghanistan with promises of humanitarian aid, military aid, and economic development. The USA and NATO support a puppet Afghanistan government. The scenario is now well known. It has been used by the USA scores of times, always at the expense of the lives and wellbeing of a nation’s citizens.  The scenario: Overthrow and existing government alien to USA and NATO agendas. Establish a puppet government; make financial payoffs to leaders of the puppet government; gradually insert troops under the guise of assisting to train a local army; promise economic support to reconstruct a nation.

Why? Ask the refugees! Ask the USA military/industrial complex! Ask any true humanitarian agency! It is the position of this ancient land, a bridge – the Khyber Pass connection between Afghanistan and Pakistan, connecting the Capitol of Kabul with Peshawar.

Afghanistan is bordered by Iran, Turkmenistan , Kyrgyzstan, and Pakistan – a “Stan” amidst “Stans’.” Afghanistan is strategically located for whom, and for what purposes? Afghanistan is a pawn in the global game of world order, in which hegemonic powers struggle for ascendancy and control at the cost of human lives and suffering. Do they care about a Pashtun woman?

I have often wondered is the war also about the heroin-addiction industry – crime cartels and nations seeking power and wealth. It is said 90% of the world’s opium is grown in Afghanistan. It is alleged Taliban forces, exacting tolls religious fanaticism, ended opium production, while the presence of the United States and NATO occupation increased this percentage. There is too much money to be made by nations and cartels to yield control of poppy fields.  Shame! 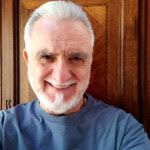 Anticopyright: Editorials and articles originated on TMS may be freely reprinted, disseminated, translated and used as background material, provided an acknowledgement and link to the source, TMS: Pashtun Woman: Enduring the Unendurable, is included. Thank you.