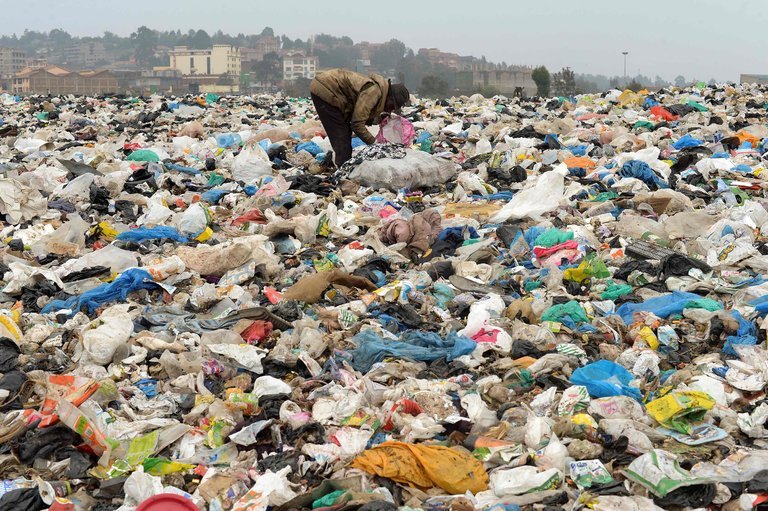 14 Sep 2017 – Plastic bags are often used for a few minutes before enjoying an eternal afterlife, clogging storm drains, stuffing landfills, killing animals that eat them and contributing to the eight million metric tons of plastic that end up in the world’s oceans every year.

The ban imposes more difficulties on many Kenyans than just the inconvenience of getting reusable bags. Poor residents of Nairobi rely on plastic bags as “flying toilets” in the absence of a functioning sewage system and of public toilets that don’t charge a fee. The solution is to provide more toilets and latrines.

These human waste-filled bags clog trenches leading to the Nairobi River and have been blamed for the flooding that regularly menaces the city. In 2015, plastic bags clogging waterways were blamed for flooding that killed at least 150 people in Accra, Ghana.

More than 40 countries, including China, France and Rwanda, have taxed, limited or banned plastic bags. By 2019, those bags can no longer be handed out free in Europe.

These measures are effective. After England imposed a 5-pence charge on plastic bags in 2015, use dropped 85 percent in the first nine months.

In 2014, California became the first American state to ban plastic bags, and many American cities have acted to curb plastic-bag use.

While Gov. Andrew Cuomo of New York and the State Legislature scuttled a New York City law to impose a 5-cent fee on plastic bags early this year, Mr. Cuomo has since formed a task force to come up with legislation. That law cannot come soon enough. New York City alone collects 1,700 tons of used plastic bags every week.

The United Nations, which estimates that, by weight, there will be more plastic than fish in the world’s oceans by 2050 if the world doesn’t act, has begun a #CleanSeas campaign to eliminate the use of plastic microbeads and single-use plastic bags by 2022.

Kenya and more than 40 other countries are acting now to help meet this goal. There is no excuse for the rest of the world to wait.

A version of this editorial appears in print on September 14, 2017, on Page A24 of the New York edition with the headline: Follow Kenya’s Lead on Plastic Bags.