The US and Latin American Fascism: Old and New

“The crimes of the U.S. throughout the world have been systematic, constant, clinical, remorseless, and fully documented but nobody talks about them.”
— Harold Pinter

14 Aug 2017 – Fascist tendencies are back in broad daylight in Latin America. They can be clearly seen in the murderous Venezuelan opposition but also in the streets of Argentina and Brazil. These fascist tendencies are a consequence of the fact that economic inequality and political equality are incompatible, more so in a continent with such an unequal wealth distribution. However, Latin American fascism is also an expression of a deeper political and economic program that must be better understood if we want to defeat it. 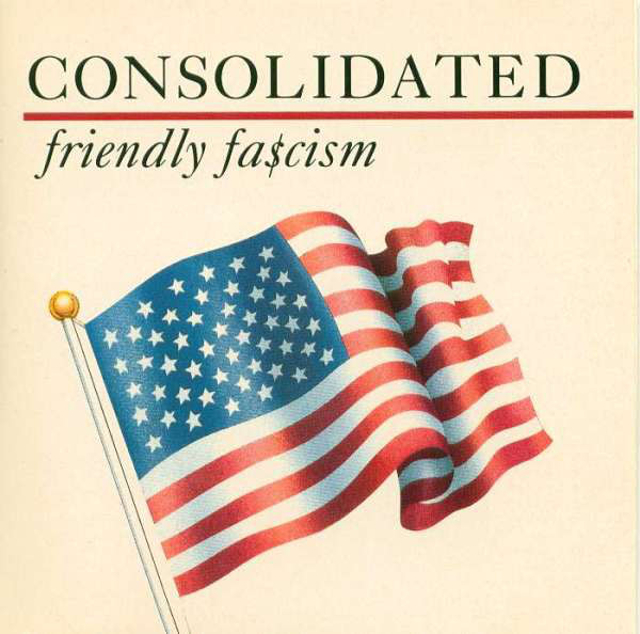 In 1979 Noam Chomsky and Edward S. Herman published one of the most important books on Latin American fascism: ‘The Washington Connection and Third World Fascism” In it they wrote;

“”(…) The old colonial world was shattered during World War II, and the resultant nationalist-radical upsurge threatened traditional Western hegemony and the economic interests of Western business. To contain this threat the United States has aligned itself with elite and military elements in the Third World whose function has been to contain the tides of change.(…) Under frequent U.S. sponsorship the neo-fascist National Security State and other forms of authoritarian rule have become the dominant mode of government in the Third World.”

“…(U.S.) massive intervention and subversion over the past 25 years has been confined almost exclusively to overthrowing reformers, democrats and radicals…(U.S). have rarely “destabilized” right-wing military regimes no matter how corrupt and terroristic.(…) The military junta model has been found to be a good one, and the United States has helped it flourish and spread. Torture, death squads and freedom of investment are related parts of the approved model sponsored and supported by the leader of the Free World. Terror in these states is functional, improving the “investment climate” (…). It turns out, therefore, that if we cut through the propaganda barrage, Washington has become the torture and political murder capital of the world.” (authors’ italics)

These words are as true about the US today as they were in 1979 but with an important difference: the US nowadays use also other, more subtle forms of political destabilization abroad besides open violence., as in the coups d’état in Honduras in 2009, in Paraguay in 2012 or in Brazil in 2016. In all these cases there was no military intervention, the coup was achieved by the country’s parliament or judiciary power, all backed by Washington. This is a crucial difference because such ‘soft’ coups are much easier to legitimate and will therefore be the option followed by the US whenever possible. The aim, however, remains the same: to improve ‘climate investment’ for US interests and those aligned with them. This is the reason why Chomsky and Herman call Latin American fascism a ‘sub fascism’ or ‘client fascism”. Contrary to the classic, nationalist model of fascism from the 20’s and the 30’s in Europe of the XX century, Latin American fascism is deeply anti-nationalist, as Chomsky and Herman describe it:

“The economics of sub fascism involves a rapid shift to a wide open door to foreign trade and investment, tight money, and social welfare budget cuts – that is, the economic policies called for by the interests of the dominant power and its institutional affiliates, the IMF and World Bank. Priority is given to servicing the foreign debt via increased exports and decreased imports, with the burden falling largely on the underlying population in the form of reduced wages and serious unemployment.”

The Latin-American sub fascist project aims in fact at a return to colonial status, keeping the same old oligarchies in power. Since these oligarchies obviously have no political support from the majority of the population in their countries, they are all deeply anti-democratic. To preserve their power and wealth they chose to represent and defend the foreign economic interests – the ‘market’ – whose aim is to keep Latin American countries as underdeveloped raw material producers for the northern-based transnational companies and financial institutions. In exchange, those interests protect and support them in power. As Chomsky and Herman concluded: “(…) under client fascism, the constituency of the leadership shifts to foreign interests.”

However, Latin American client or sub fascism has also a new face, one created to correspond to the political “soft coups”, a more ‘friendly” face.

“Friendly fascism” is the title of a fundamental book on modern fascism by Bertram Gross published in 1980. Bertram Gross, a professor of political science and executive secretary to the US President’s Council of Economic Advisers from 1946 to 1952, was mainly concerned with the rise of ‘friendly fascism’ in the US – the ‘New Face of Power in America” as he put it – but what he saw at its beginning 37 years ago when the book was published, became the reality of great part of the world today, including Latin America.

“Friendly fascism portrays two conflicting trends in the United States and other countries of the so-called ‘free world’’ – writes Bertram Gross – “The first is a slow and powerful drift toward greater concentration of power and wealth in a repressive Big Business-Big Government partnership. This drift leads down the road toward a new and subtly manipulative form of corporatist serfdom. The phrase ‘friendly fascism’ helps distinguish this possible future from the patently vicious corporatism of classic fascism in the past of Germany, Italy and Japan. It also contrasts with the unfriendly present of the dependent fascisms propped up by the US government in El Salvador, Haiti, Argentina, Chile (…)”

“The other is a slower and less powerful tendency for individuals and groups to seek greater participation in decisions affecting themselves and others. This trend goes beyond mere reaction to authoritarianism. (…)It is nourished by establishment promises – too often rendered false – of more human rights, civil rights and civil liberties. It is embodied in larger values of community, sharing, cooperation, service to others and basic morality (…). It affects power relations in the household, workplace, community, school, church synagogue and even the labyrinths of private and public bureaucracies. It could lead toward a truer democracy – and for this reason is bitterly fought…”

“The slow and powerful drift toward greater concentration of power and wealth” has reached unprecedented levels nowadays. According to an OXFAM report, just 8 men own same wealth as half the whole world. Such concentration of wealth creates a correspondent concentration of POLITICAL power in the hands of those benefiting most from it: the international corporations and financial sector. In turn, these imposed on most of the world the ‘corporatist serfdom” that Bertram Gross warned about.

The second tendency pointed by Gross– groups and individuals seeking greater participation in public affairs – has been very strong in Latin America and was the main drive behind the election of the progressive Latin American governments, from Lula in Brazil and Evo Morales in Bolivia to Rafael Correa in Ecuador and Hugo Chavez in Venezuela. These progressive governments, facing difficult challenges and under very distinct social and economic constraints, aimed at building a ‘truer democracy”, at promoting more popular participation at higher decision levels and tried to achieve a more egalitarian wealth distribution. For this reason were all “bitterly fought” by the US and the international establishment. The Latin American country where this fight goes on with increasing violence is Venezuela.

To those unwilling to face reality and use the word ‘fascism’ where it does apply, Bertram Gross wrote:

“As I look at America today (1980), I am not afraid to say that I am afraid. (…) Anyone looking for .mass parties, or men in horseback will miss the telltale clues of creeping fascism. In any First World country of advanced capitalism, the new fascism will be colored by national and cultural heritage, ethnic and religious composition, formal political structure and geopolitical environment. (…) It will be fascism with a smile. As a warning against its cosmetic facade, subtle manipulation and velvet gloves, I call it friendly fascism. What scares me most is its subtle appeal.’

“I am worried by those who fail to remember – or have never learned – that Big Business-Big Government partnerships, backed up by other elements, were the central facts behind the power structures of fascism in the days of Mussolini, Hitler and the Japanese empire builders (…) I am worried by those who quibble about labels. (…) they are willing to use the terms invented by the fascist ideologists, “corporate state” or “corporatism” but not fascism. (…) Equally important, the emerging Big Business –Big Government partnerships has a global reach. It is rooted in colossal transnational corporations and complexes that help knit together a “Free World” on which the sun never sets. These are elements of a new despotism. “

A comparison between the coup d’état in Brazil and the current situation in Venezuela helps to explain the ‘friendly / unfriendly” fascism dynamics.

In many of the street demonstrations against elected President Dilma Roussef in Brazil, the fascists were showing their traditional ‘unfriendly” face: violent, racist and homophobic. It was the relatively rapid installation of the impeachment process and the eventual fall of Dilma Roussef’s government that prevented street violence in Brazil to escalate to the levels that we see in Venezuela today. With the end of Dilma Roussef’s government, the violence in the streets had accomplished its aim and was no more needed. The ‘friendly fascism” of Michel Temer’s government -so much better to give legitimacy to the coup d’état -could take power and do what has always been the real aim of the coup: to destroy the social conquests and policies of the previous Worker’s Party (PT) governments’; privatize state assets, open the country’s oil reserves and other natural resources to the exploitation of foreign companies.

Venezuela is one of the richest countries in the world, not only in oil but also in gas and other natural resources. Hugo Chavez and the Bolivarian Revolution were committed to use these riches for Venezuela’s own development, in the benefit of its own population, the fundamental crime against the neoliberal order. The failed coup d’état backed by Washington in 2002 showed that destabilizing Venezuela wouldn’t be an easy task – the second trend pointed by Bertram Gross is far too strong in Venezuela to allow a ‘soft coup” to take place. “Friendly fascism” in Venezuela is not an option, at least for now: the social conquests and policies of the Bolivarian Revolution are too deeply rooted in Venezuelan society; in fact, they are the result of their commitment and their political struggle and they will defend it to the very end.

In Venezuela the neoliberal establishment, so eager to put its hands in all the natural riches of this country, chose to support ‘unfriendly fascism’. This is the part of the Venezuelan opposition that seems to be obediently following Hitler’s advice in ‘Mein Kampff”: “The very essential for success is a perpetually constant and regular employment of violence” The international mainstream press, always the servants of established power, praises this choice.

The dynamics of ‘friendly/ unfriendly’ fascism can be so resumed: the greater the popular participation in the government of a country, the stronger its democracy and the determination to use its own wealth for its own development; then the more necessary it will be the use of “unfriendly fascism’ to fight against it. In the Orwellian world we live today, under ‘corporatist serfdom’, attacking democracy is called ‘defending democracy’, US style. Mainstream press applauses.

One Response to “The US and Latin American Fascism: Old and New”