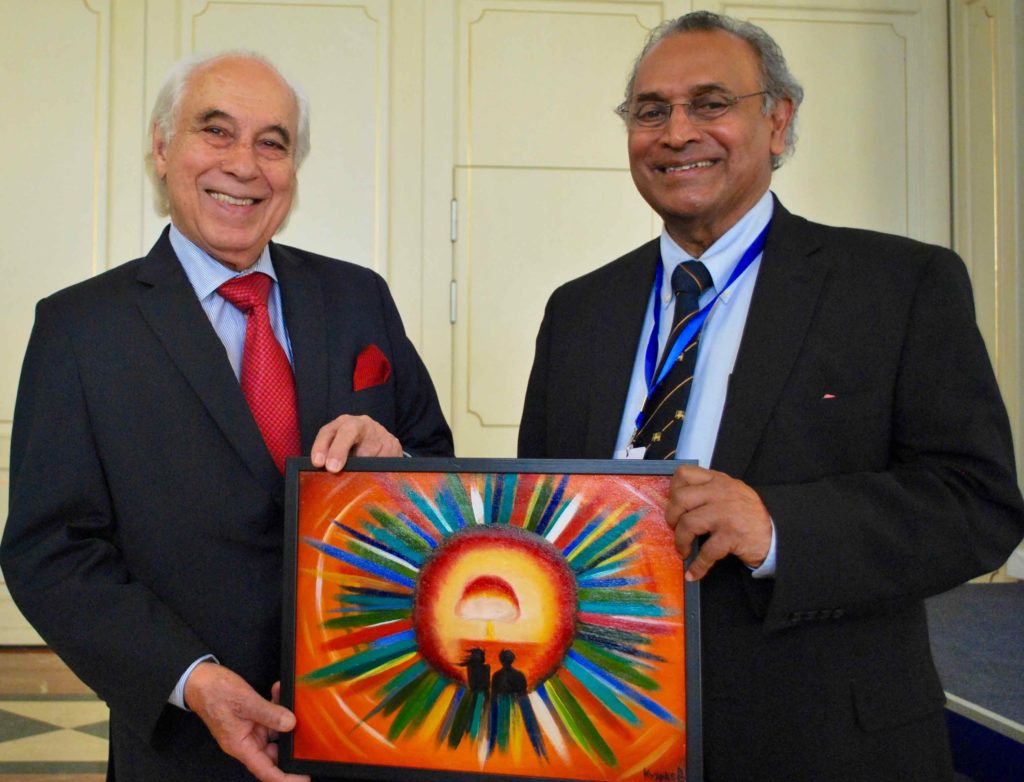 7 Sep 2017 – The Pugwash Conferences on Science and World Affairs is proud to announce that Sergio Duarte, former UN Undersecretary for Disarmament Affairs and a retired career diplomat from Brazil, has become its new President. He succeeds Jayantha Dhanapala, who after ten years in the role retired at the conclusion of the 62nd Pugwash Conference in Astana, on 29 August 2017.

Sergio Duarte has had a distinguished career, serving the Brazilian Foreign Service for almost 50 years. He was the Ambassador of Brazil in a number of countries, including Austria, Croatia, Slovakia and Slovenia concurrently, China, Canada, and Nicaragua as well as to the UN organizations headquartered in Vienna. He also served in Switzerland, the United States, Argentina, and Italy. He served as the Brazilian representative to several international organizations, focusing on disarmament issues. He was the President of the 2005 Seventh Review Conference of the Parties to the Treaty on the Non-Proliferation of Nuclear Weapons. He has also been the Brazilian representative to the CTBTO and a member of Brazilian delegations at several Sessions of the I Committee of the UN General Assembly and of the UNDC. He has served on the Board of Governors of the International Atomic Energy Agency (IAEA), including as chairman. Earlier in his career he was a member of the Brazilian delegation to the Eighteen-nation Disarmament Committee and Alternate Representative to the Conference on Disarmament in Geneva. Appointed by UN Secretary-General Ban Ki-moon in 2007 he served as the UN Undersecretary General for Disarmament affairs until 2012. He joined the Pugwash Council in 2013.

Pugwash Secretary-General Paolo Cotta-Ramusino welcomed the appointment: “Sergio Duarte has been an outstanding champion of disarmament issues for many years. His deep experience, his energy and commitment will support the profile and activities in Pugwash in the years to come. I am personally delighted that Amb. Duarte has accepted to become our new President and look forward to working closely with him.”

Sergio Duarte, a Brazilian Ambassador, is a member of the TRANSCEND Network for Peace Development  Environment; President of [1995 Nobel Peace Laureate] Pugwash Conferences on Science and World Affairs; former UN High Representative for Disarmament Affairs; former Chairman of the Conference of the Parties to the Treaty on the Non-Proliferation of Nuclear Weapons; and former President of the Board of Governors of the International Atomic Energy Agency.