Faced with mounting outrage over the alleged health risks associated with glyphosate, including cancer, experts balked at renewing the licence.

9 Nov 2017 – A bid to renew a five-year license for Monsanto’s controversial weedkiller Roundup, which has been linked to cancer by the World Health Organization (WHO), has been foiled by the European Union.

The European Commission fell short of the majority needed to renew the license allowing the use of glyphosate – a broad-spectrum systemic herbicide and crop desiccant – when it expires December 15. Only half of the 28 member states voted in favour of the proposal. 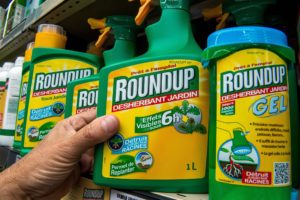 “Given that a qualified majority could not be reached… the result of the vote is ‘no opinion,'” the commission said in a statement.

Luxembourg Environment Minister Carole Dieschbourg, who welcomed the outcome, was among the first to tweet the result. “Luxembourg voted against renewal and prolongation. Good outcome for our health and environment!” she said.

States voting in favour of the renewal included Denmark, Britain and the Netherlands. The nine voting against included Belgium, France and Italy. Five states abstained, including Bulgaria, Poland and Portugal.

The commission had originally recommended approving the herbicide’s use for another decade, despite the EU Parliament recently voting against the measure.

Earlier this year, more than a million people signed a petition demanding the EU ban glyphosate because of the alleged health risks, most notably cancer.

Faced with mounting outrage over the alleged health risks associated with glyphosate, experts balked last month at renewing the license. The commission then proposed reducing the timeframe from ten years to five years.

Greenpeace and other environmental campaigners, meanwhile, are calling for the compound to be banned throughout the continent. They cite a 2015 study by the World Health Organization’s International Agency for Research on Cancer which concluded glyphosate is “probably carcinogenic.”

However, both the European Food Safety Authority and the European Chemicals Agency insist glyphosate is unlikely to cause cancer in humans, a statement contained in a 2016 review by WHO experts and the U.N. Food and Agriculture Organization.

The herbicide is used primarily on maize, cotton, soy bean, oilseed and sugar beet crops, all of which have been genetically engineered to resist the weedkiller.

Environmentalists say the compound is less selective with other natural foliage and can kill trees, causing irreversible damage to habitats and biodiversity.

Recent statistics show that traces of the herbicide were found in 45 percent of Europe’s topsoil, 60 percent of grain products in the United Kingdom and in the urine of three-quarters of Germans participating in the research project.