Is Israel Winning “the War between the Wars” with Iran/Hezbollah?

3 Nov 2017 – Israeli commanders, stationed along Syria’s southern border and the Golan Heights and Quneitra Valley, with some of their forces now operating daily more than 14 km inside Syrian territory, reportedly are expressing plenty of confidence these days. One reason is because they believe that Iranian-Hezbollah forces are losing the high stakes struggle to win the hearts and minds of Syria’s and Lebanon’s civilian population. A conflict referred to by Israel and others in the region as the “war between the wars.”  A contest which has undergone some dramatic changes in recent months. The idea of the war between the wars involves Tel Aviv’s calculation that Israel needs to operate, far beyond Israel’s borders if necessary, to contain Iran and Hezbollah.  And as tensions escalate across the border, the IDF is trying to win over some of its Syrian civilian population enemies.

One key positive element in the proposition was reiterated last week by members of the US Congressional Israeli lobby explaining that Israel is now able to stop virtually all of Iran’s arms shipments to Hezbollah in Lebanon. And additionally that Israel’s military knows the location of hundreds of small sized Hezbollah military/weapon bases across Lebanon and monitor them hourly. At least 122 attacks on Iran-Hezbollah convoys or weapon depots over the past few years being mainly small signature, late-night-early morning bombings are claimed to be major successes. Lobby spokespersons claim that Israel will continue this measure with likely impunity because serious retaliation from Hezbollah or its allies would mean major escalation which Tehran cannot risk.

In addition to claiming that Iran and Hezbollah are now largely contained in Syria, Israeli officials apparently now believe that time is on Israel’s side during a cold war but not during a hot one.  This, as the war in Syria continues to kill evermore Iranian and Hezbollah fighters creating political problems for both among their population bases.

Israel, as part of the cold war is also expanding its recruitment of additional intelligence sources. The alleged intensive recruitment is focusing on Hezbollah neighborhoods across Lebanon as many in the formerly supportive population continue losing faith in the “Resistance” and succumbed to large sums of cash-no questions asked- being offered by Washington and Tel Aviv. Israel is also recruiting among Syrians, particularly in South and North Syria and recently has  taken to revealing ID’s and personal information of Hezbollah and Iranian commanders that earlier would not be disclosed. One example is last week the IDF “outed” Munir Ali Naim Shati, (known in this observers Dahiyeh neighborhood of Haret Hreik as Hajj Hashem) the head of Hezbollah’s southern command in Syria. Mr. Shati is in charge of Hezbollah’s 3000-plus fighters in southern Syria and of the “Resistance” project to establish a military base near the Israeli border in the Golan Heights. Several Iranians IRCG officers as well as Hezbollah’s Jihad Mughniyeh (son of Imad, Hezbollah’s military commander killed in Damascus in 2008 by a joint CIA-Mossad operation) and Samir Kuntar were killed in 2015 allegedly by Israeli air strikes. Some claim both were killed by friendly forces for political reasons. Some hold Iran’s Al Quds force of responsibility for the killings in order to send a message to Hezbollah’s leadership about towing the Tehran line more assiduously. Another claimed victim of the same Tehran-Dahiyeh tension was Mustafa Badreddine, whose role was being in charge of Hezbollah forces since the beginning of the rebellion on 2011 when Hezbollah quickly entered Syria.  He was allegedly killed in May of 2016 on orders of Iran’s IRGC commander Qassim Soleimani. Badreddine reportedly complained that  Al Quds commander Qassim Soleimani, a political rival of Nasrallah’s, was sending Hezbollah fighters needlessly to their death in Aleppo’s front to spare risks to Tehran’s IRGC fighters.

Some of Hezbollah’s recent actions involving its erstwhile unquestioning Shia supporters in Lebanon have also encouraged Tel Aviv in ‘the war between the wars.’ One example was documented on 10/23/2017  when Lebanese police, green lighted by Hezbollah, raided unlicensed street vendors  near the main headquarters of Hezbollah, resulting in vitriolic expressions of discontent targeting the Party of God.  Lebanon’s  politicized Internal Security Forces (ISF) supportive of Hezbollah, was insturcted to use bulldozers to demolish stores in the Hay al-Sollom neighborhood, where the residents for years have sold coffee and mobile phones. In reaction to the destruction of their livelihoods, scores of mainly Shia residents poured into the streets and began burning tires and blocking roads. Several of the protesters were shown on Lebanese media cursing not the Lebanese government, but rather condemning Hezbollah and its leader Hassan Nasrallah, who they blamed for the loss of their livelihoods and involvement in Syria’s civil war. One woman addressed Nasrallah directly after she discovered her shop — her family’s only source of income – a pile of rubble: “We all provided martyrs for you in Syria. I have three injured sons. And this is how you’re treating us?” Another man yelled at the camera, “Syria can go to hell, along with Hassan Nasrallah!”

“It is no coincidence that this exceptional act of revolt occurred in one of Dahiya’s poorest neighborhoods. As much as the Syria war has changed Hezbollah militarily and expanded its regional role, it has also changed the Lebanese Shia community and its perceptions of the group. Class divisions in Dahiya are more drastic than ever — the poor neighborhoods are providing fighters while the upper middle class and rich neighborhoods are benefiting from the war. “

Several Lebanese analysts argue that Hezbollah is paying the price for getting involved in Syria on orders from Tehran. And part of that price is its lost image as a “Resistance” organization as well as costing the lives of thousands of young Shia men. And since Hezbollah became focused on fighting in Syria, it could no longer offer law and order given the growing number of the drug cartels, petty criminals, and illegal construction and growing lawlessness. Shia street clashes are increasing in Dahiya and criticisms of Hezbollah are escalating. Lebanese Shia seek a reasonable livelihood and basic services and have little interest in Hezbollah’s battle against so-called  “Takfires” in Syria.

Israel’s accelerating “Hearts and Minds” initiatives in South Syria are also undermining support for Hezbollah and Iran. In early 2013, seven injured Syrians appeared at the border fence separating Syria from Israel, pleading for help. Israeli forces, after deliberations that reportedly reached some top military and government officials decided to treat the Syrians who reportedly would have died without immediate emergency medical care.

Four years later, the IDF claims it is providing medical and food assistance and various types of humanitarian aid to thousands of Syrians both inside Syria and within Israel as part of what it calls its “Good Neighbor” policy. An Israeli official defines this initiative as intended to assist desperate Syrians ravaged by years of civil war, and in the process stabilize the border region by showing Syria’s heretofore enemy population that Israel is not, in fact, the devil. Reportedly, no ID’s are asked for by Syrian’s arriving at the border and medical teams are advised not to inquire about patients political affiliations.

The destitute population in South Syria, some rebels and some supporters of the government, as well as increasing numbers who claim to be apolitical, plus countless thousands of internally displaced Syrians, are learning of Israel’s “Good Neighbor” policy. Consequently, the number seeking and receiving aid is growing.  One reason is the failure over the past seven years of the International Community to deliver humanitarian aid including food, water, clothing, and medical aid to Syria’s besieged civilian population.

Whether this is a significant advantage for Israel in its still cold war against Iran and Hezbollah remains to be seen but it is unlikely to be a game changer given the deepening involvement in Syria of regional and global powers.  As well as the fact that all sides continue to largely ignore the Syrian civilian population unless a clear political advantage is likely to result. 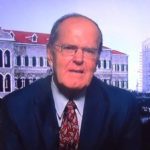 Anticopyright: Editorials and articles originated on TMS may be freely reprinted, disseminated, translated and used as background material, provided an acknowledgement and link to the source, TMS: Is Israel Winning “the War between the Wars” with Iran/Hezbollah?, is included. Thank you.