Zarni: ‘The Buddhist Society Has Lost Its Conscience’

Dr. Maung Zarni is a democracy advocate, Rohingya campaigner, and a former research fellow at the London School of Economics. He lived and worked in the United States for 17 years. In 1995 he founded the Free Burma Coalition and was its director until 2004. Zarni is also a member of the TRANSCEND Network for Peace Development Environment. Zarni now works as independent scholar specialising in racism, violence and mass atrocities. He is an adviser to the European Centre for the Study of Extremism based in Cambridge, UK. 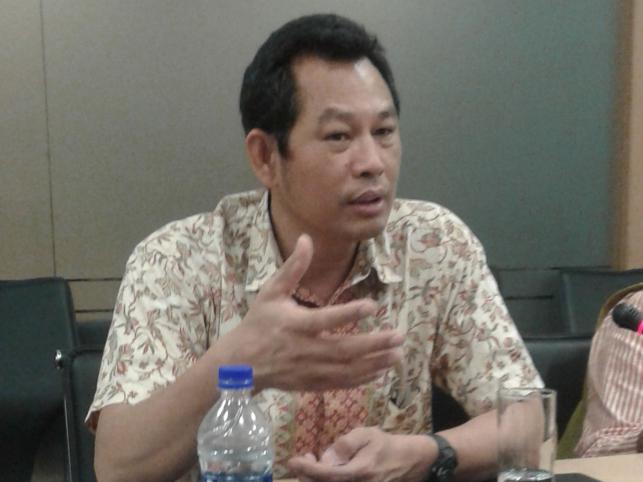 30 Nov 2017 – During his recent Dhaka trip, Zarni dropped in at the Prothom Alo office and held a discussion with senior journalists of the daily, including the editor Matiur Rahman. He deliberated on a number of issues pertaining to the Rohingya crisis and the predicament of his homeland.

“The Buddhist society has lost its conscience and has turned racist. The army itself has been founded on fascist lines. And a good society has been manipulated to move into this fascist mode.”

Activist Zarni’s passionate outburst was tinged with regret as he added, “This is no longer the society where I grew up. People of different faiths and societies living together will invariably have a degree of discomfort when it comes to certain differences, but that should not culminate in violence. When I was growing up the army didn’t have that control. The press was free. Then in 1962 Ne Win took over power and the army began to exert its authority over the culture, the society, even day care centres!”

Highlighting the authoritarian nature of the rule, Zarni said, “The party was God. There had been strength in society, families understood they knew better than the army, the monks opposed the authoritarian rule and were against the fascist ideology. But the army played one religion against the other and propagated its totalitarian ideology. But now the 55 years of the army’s fascist endeavours have culminated in the present predicament of the state.”

Prothom Alo editor Matiur Rahman pointed to people’s support of the peaceful democratic movement, where Aung San Suu Kyi voiced their aspirations. Zarni responded by saying that since 1988 the movement aimed at opposing military dictatorship. This was different from a value driven democratic movement. The movement was opposed to the shooting and violence but not for values and principles. He criticised Aung San Suu Kyi, saying she needed ‘revolution of the spirit’. He said that she and others of her ilk spoke the same language as the military, not of human rights and the sanctity of human lives.

“The military had succeeded in manipulating the people into a totalitarian space. We are worse than Germany under Hitler. Society has to resist, but over 90 per cent of the people back the military.”

Concerning the Myanmar army chief’s aspirations to be president, Zarni said, “Becoming the president is the army chief’s ambition. He is the Milosevic of Burma today. He had the gall to tell the Pope that there was no racist discrimination in the country.”

About the future of Aung San Suu Kyi, he said she may be admired in her country but internationally she had lost her stature as a Nobel Laureate.

As to whether Bangladesh was on the correct path, Zarni said that Bangladesh was a nation state with its own interests. The government of Bangladesh had one sort of stance, given its interests with China and the rest of the region, but the people had shown tremendous compassion towards the Rohingyas. They did not see them as illegal entrants this time, but as victims of genocide. This was a powerful and positive sentiment.