Signaling More Independence from the US, the World Bank Phases Out Its Support for Fossil Fuels 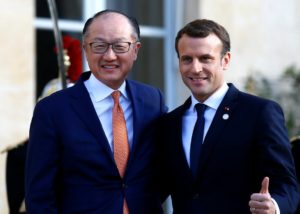 17 Jan 2018 – The World Bank, which provides developing countries about US$60 billion a year in financial assistance, is officially phasing out its support for the oil and gas industries.

This move brings its actions more in sync with its overarching commitment to slowing the pace of climate change and keeping the Paris agreement on track. Based on my research regarding international relations, I see this move – which World Bank President Jim Yong Kim announced in December – as significant for two reasons.

The bank has signaled that the international community is taking the fight against global warming more seriously than ever. And it shows that the bank intends to keep playing a leading role in that battle at a time when its most powerful shareholder, the U.S., is turning its back on global environmental leadership.

Kim has been taking the World Bank in a direction that climate change activists and other critics have long advocated by positioning the institution as a global environmental leader since he became its president in 2012.

In 2013, the bank decided to stop financing the construction of coal-fired power plants, except in cases where no viable alternatives existed.

Three years later, the World Bank pledged that it would make 28 percent of all of its transactions by 2020 advance climate action.

The bank’s climate efforts are wide-ranging. It lends money to build solar and wind farms, requires its borrowers to take steps to shrink their carbon footprints, and has a goal of “greening the whole financial system.” 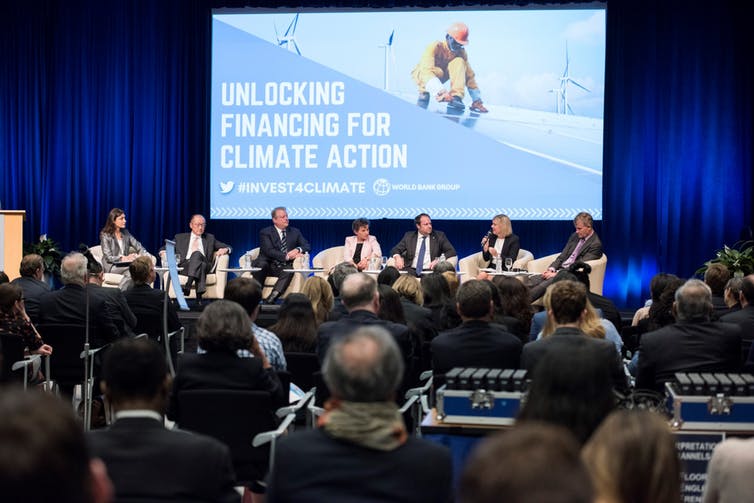 Kim’s announcement, which rules out new lending but does not affect loans made in the past or in the next year or two, may portend some political drama. But President Donald Trump has not yet commented on it.

That could change, given that Trump has declared that the U.S. would withdraw from the Paris agreement. Exiting the world’s most far-reaching global climate compact, signed by nearly every country on the planet, until now has appeared to be a largely symbolic gesture. Trump has even said that he might “conceivably” change course.

However, his administration has sought to cut some of the funding for the World Bank and similar institutions.

Although the U.S. wields veto power over changes to the World Bank’s structure and has historically selected its top leader, Kim’s tenure is apparently safe. He began a second five-year term in July 2017, and Trump has supported him so far.

On Jan. 10, 2018, President Donald Trump said that the U.S. “could conceivably go back in” and rejoin the Paris climate agreement.

When the bank swore off coal in 2013, Kim argued that “poor people should not pay the price with their lives of mistakes that people have been making in the developed world for a very long time.”

Since then, the bank’s primary lending division has only considered one loan for a coal project, a Kosovo power plant.

But the World Bank Group’s two private sector arms, the International Finance Corp. and the Multilateral Investment Guarantee Agency, have continued to support new fossil fuel ventures, including coal, in African and Asian countries – and elsewhere.

For example, the IFC, has indirectly funded 41 new coal-fired power plants in countries like Bangladesh and the Philippines by financing banks that lent money to build them – despite the bank’s refusal to directly make loans like those.

Likewise, when Kim made this announcement, he did not completely rule out all future support for gas investment. Instead, he held open the possibility of continued support for natural gas “in the poorest countries where there is a clear benefit in terms of energy access for the poor and the project fits within the countries’ Paris Agreement commitments.”

For an institution whose mission seeks a “world free of poverty,” the impulse to continue lending for fossil fuel projects could be strong. Recent experience with coal suggests that while the bank’s direct lending indeed may end in all but isolated cases, its indirect support for private sector investment may continue.

The alternative to this support for poor countries is usually to partner with private investors, including corporations and big countries such as China, which is lending developing countries about $40 billion a year, according to economist David Dollar.

Given the Bank’s emphasis on climate action, supporting oil, gas and coal production – the main cause of climate change – makes little institutional sense.

But we expect developing countries to continue to exploit their oil and gas deposits even without the World Bank’s help, even if that means they reap less revenue from these industries due to their weaker bargaining power. For this reason, the bank will weigh carefully whether to pull out of fossil fuels entirely in the very poorest countries.

The World Bank includes 188 member countries besides the U.S. Even if the institution’s bucking of fossil fuels proves somewhat less than absolute, any progress in that direction shows how hard it would be for the Trump administration to truly undermine the Paris climate deal.

This article has been corrected to reflect the fact that the World Bank has not approved the Kosovo coal loan that it had considered making.