Dealing with Issues of Ageing and Death 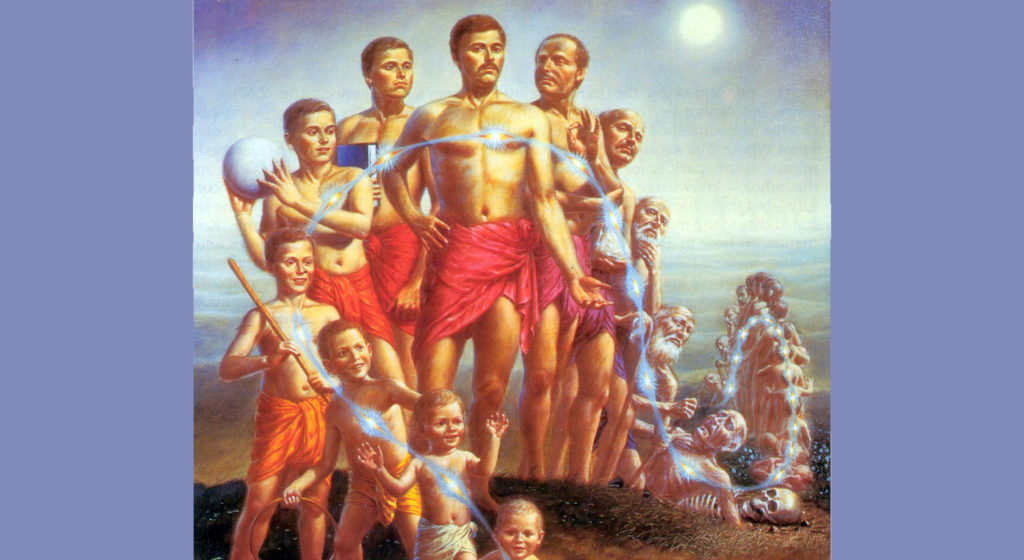 2 Apr 2018 – If being born is the beginning of life, ageing or becoming old is metaphorically speaking, walking into the sunset of life. This sunset, unlike the phenomenon of the sun setting at dusk is not a beautiful sight but an occasion for anxiety and worry as to what will happen at the time of death. So, most people around the world would like to live as long as they can and to postpone death. This is not unusual. Biologically all living beings – human, animal, bird, have this inbuilt nature or feeling of protecting life.

Due to this innate nature, human beings have the urge to postpone if not altogether defeat death. This is so except in the case of a small section of people who commit suicide or take the decision of voluntarily giving up life in a dignified manner.

Many people especially in the rich western world prolong their lives by modern means of health care that includes medication, hospitalisation and surgery. Certain other means like sports, jogging, gymnastics and Yoga etc. also keep the body in good shape and as a result the average age of people and life expectancy is increasing. In addition to the western system of health care, there are other systems like Ayurveda and Homeopathy that help in prevention of disease and lead to better physical and mental health.

Healthy conditions help in prevention or reduction of disease. An unpolluted physical environment including clean air, drinking water, nutritious food etc. are helpful in prevention of disease and extending peoples’ lives. Statistics inform us that the average age of human beings has gone up all over the world and in some cases by as much as fifteen or twenty years. For instance, average global life expectancy has increased from about 48 years in 1950 to about 66 years in 2001. Nevertheless, old age catches up with people along with the occurrence of symptoms of old age — failing health, wrinkles on the face and other parts of the body, lack of energy and a feeling of helplessness, loneliness and isolation.

Just look at the elderly people all over the world (this number is increasing from year to year) and we see isolation, loneliness and helplessness of the aged population. Some wealthy people are able to be housed in old age homes with modern comforts and amenities such as availability of television and some sports facilities; but poor persons are deprived of these homes in the rich western world. However, loneliness and absence of one’s loved ones are problems that inmates of these old age homes cannot escape from.

The elderly persons often suffer from social and psychological tensions such as being neglected or ignored by one’s family and society. They feel like social outcasts since they think that society often treats them as having outlived their usefulness and they should pass away.

The famous French author writing in her book La Veillesse (The coming of old age in 1970) wrote that though process of aging and death are inevitable, “there is no need to loathe the aged members of our society”. She also wrote “Old age must still be a time of creative and meaningful projects and relationships with others… ”

Some old people become critically ill and are hospitalised with the expectation that their health would improve and they could return to their homes or even the old age homes if they were living there before being sent to a hospital. There are many cases and this number is increasing not only in rich western countries but even in developing countries like India where the patient lies in the hospital bed for a long duration – sometimes even more than a year or two. Their illness is not cured and they live in a coma, in a vegetative state, but medically they are alive.

The Doctors as well as the relatives of such patients are helpless – they do not know what to do, they do not know how long the patient will survive in this state, being force fed with tubes and injections. Many people feel that it would be better for the patient as well for themselves if the sick person passes away soon. If this does not happen they feel that the patient should be allowed the freedom of Euthanasia — that means allowing such a critically ill patient to die.

There are two aspects of this Greek Word Euthanasia – passive and active. The former term indicates that the life support system is withdrawn thus allowing the patient to die. Active Euthanasia refers to the process of injecting the patient some poisonous chemical thereby ending the life of the critically ill person.

In many countries of Europe and USA passive Euthanasia is banned. But in some countries including India there is a proposal to allow this procedure of letting the person to die under some special conditions. The difficulty is that committing suicide or helping a person to commit suicide, is illegal and this procedure is technically akin to helping a person to die. In other words, the person who decides and the medical team that executes the decision of withdrawing the life support system are committing a crime in legal terms.

Today (29 March) India is celebrating Lord Mahavir’s anniversary. He was born in the 6th century BC and is considered the founder of Jainism. He was a proponent of non-violence and respect for all living objects – animal, plant and even insects.

In the Jain religion there is a procedure called sanlekhana or ichha mrityu (giving up life voluntarily) where some spiritually endowed people feel they have lived enough and want to give up their life. They stop eating or drinking and after a few days they pass away. This issue was considered by the Supreme Court of India to decide whether this procedure of sanlekhana is similar to committing suicide. After debating, the Court decided that the Jain religion allows this procedure and consequently it is not similar to committing suicide.

Several personalities in India including Vinoba Bhave, an ardent follower of Mahatma Gandhi, adopted the procedure of ichha mrityu and gave up his life on November 15, 1982.

Life is precious and has dignity; laws and human rights in most countries recognise this. In a similar vein it is believed that death also has dignity and a critically ill person should be allowed to die with dignity. It is no wonder that euthanasia and ichha mrityu are gaining increasing acceptance.

Anticopyright: Editorials and articles originated on TMS may be freely reprinted, disseminated, translated and used as background material, provided an acknowledgement and link to the source, TMS: Dealing with Issues of Ageing and Death, is included. Thank you.

One Response to “Dealing with Issues of Ageing and Death”