I am sad that the Israeli regime massacred 17 and injured nearly 1500 unarmed Palestinian civilians yesterday instead of letting them go to their homes and lands to honor Land Day. One was Mohammad Abu Omar (22 years old, others killed were as young as 16). Mohammad was an inspiring gifted artist who made his sand sculptures on the beach in Gaza. His last sculpture was simply ‘#Ana_Raje3’ (I am returning). 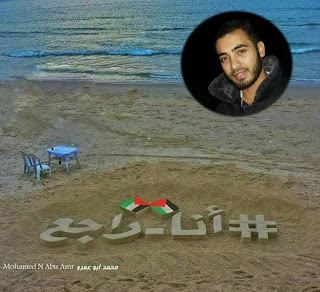 1.3 million refugees in Gaza (>70% of Gaza’s population) long to return and will continue to protest until their internationally recognized rights of return is implemented (they are also asking to end the genocidal Zionist siege of Gaza). Even Israeli human rights groups like B’Tselem chastised the Israeli occupation army for unnecessary violence against unarmed protesters (Gaza is an open air prison not a “war zone”!!). The UN reports that Gaza is unlivable because of the siege. The humanitarian crisis will only deepen. Israel is protected and funded by Zionist occupied USA. The US just shielded Israel one more time from International law at the UN. Murder with impunity? But history will not be kind to criminals or to those who help them (e.g. Saudi Crown Prince who met with Zionist leaders last week!). We Palestinians (with help of decent human beings around the world) shall return and build a society of justice and democracy that replaces this apartheid state. 12.5 million Palestinians (of all religions or no religion) are 100% sure of this. The more atrocities Israel commits the more Israelis and other human beings start to work for peace and justice.

Last week was a sad week personally also. Our friend Rim Al-Banna 51 year old popularized Palestinian folk songs and melodies to the new generation of Palestinians. She lost her batt;le to cancers (cancer rates have been on the rise in our region). Her love of land and people  will never be forgotten. We also lost Robert J Baker who was my PhD advisor. I will always be grateful to him and his wife Laura for shaping my life. He and all who make a difference in our lives will never be forgotten. 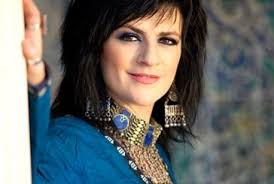 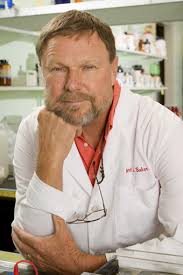 Here is what I sent for Robert’s retirement party 2015

We wish we could be with you in such a momentous event. Alas it is not possible and we already feel bad in missing this and missing seeing all of you especially the honoree. I did want to share some reflection with you that illustrate why knowing Robert Baker changed my life. I was doing my master at University of Connecticut when I realized traditional morphology is not going to help me study mammals of the Arab world (something I was keen on doing). I looked for the best person doing chromosome studies on mammals and it was Robert so I wrote to him. While I could have done my PhD in many universities of higher prestige, doing it with Robert was the key in my estimation.  The move in 1982 to Lubbock was the best in my life. Not only was I able to publish really good research but there is where I met my wife Jessie, where we had our son, and where I published my first book.

Our wedding was held, where else, but at Baker’s house! I cannot begin to tell you of all the other things Robert did to help us. On several tough periods in my life, Robert and Laura stood by me. When I was so ill that I thought I would never recover, Laura’s connections at the hospital and her personal care were critical but equally so was the psychological support. The same happened with the difficult birth of my son at Lubbock General Hospital (c-section of a complicated situation). We had to struggle in many ways including financially but in many other ways.

Robert’s admonition that “What does not kill you only makes you stronger” was critical for example when a disgruntled ex-student tried to defame me to get back at Robert. I was so distraught then that I even considered quitting science but Robert’s wisdom and advise (and the help of fellow graduate students at the time) were critical to pass through that and even come out stronger. Being away from home in Palestine, Robert and Laura where our family. But also this brings people together with graduate students and undergraduate students from many parts of the world. I especially remember how some graduate students with help of Robert and Laura took care of Jessie in 1985 as a new mom while I was in Kenya. This kind of collective caring for each other is what made us a “mammalogy” family! Family is never forgotten.

The experience at TTU shaped our life in so many ways. I know if I had not been Robert’s student, I would have never advanced to career positions at University of Tennessee, Duke, Yale, and then back home. Even after I left Lubbock, I continued to consult with Robert on some things especially when dealing with tough situations. As Robert once said, the umbilical cord is never cut.  I lose friends and colleagues now on a regular basis. I lost 16 close friends since I returned to Palestine in 2008 (most killed by Israeli soldiers as they participated in non-violent resistance to the occupation). It is hard sometimes to keep going but the strength that Robert taught me is part of my character now.  When Robert and Laura faced the horrific situation of losing a son, I knew that while you never get over it, that they have the character to go on.

The best form of flattery is of course imitation and I now try to help my master students at Birzeit and Bethlehem Universities in the same way I was helped (and pushed hard). Thus, we now have the first functioning clinical and research laboratory (cytogenetics and DNA) in the West Bank. We established masters programs in biotechnology (at Bethlehem University) and environmental studies (at Birzeit University). With volunteers and students, we are also building the first Palestine Museum of Natural History (see http://palestinenature.org).

My belief is that this is the ripple effect that started 33 years ago in Lubbock, TX. Thank you Robert for all you have done but most of all for being who you are. If I was with you in person, I could tell you of many more anecdotes/interesting reflections from the “critters’ stew” to the golden retriever puppies to sleeping in the lab and more. I actually did write some of these experiences in reflection on three decades in the US. The book will be titled “Joyful Participation: Reflections of a Palestinian –American on three decades in the USA” which alludes to the Buddhist admonition that we “have joyful participation in the sorrows of this world.” In that book the goodness of people like Robert is highlighted. The ripple effect of giving will never retire and I am sure Robert will stay as busy as ever. I am certain our paths will cross again. In fact I would like to extend an invitation to you to visit us in Palestine. It would even be a highlight of my life to go to the field one more time together. 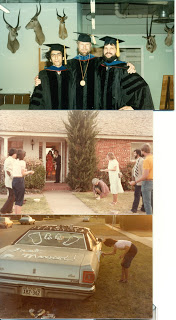 I remain optimistic that this planet earth will reclaim all that it was meant to be: a paradise. We are losing more people but gaining more wisdom….

One Response to “Losing More People in Gaza”