Genocide: The Ecology of Pathways to Ending Lives and Life

Shall we write about the things
not to be spoken of?

Shall we divulge the things
not to be divulged?

Shall we pronounce the things
not to be pronounced?

21 May 2018 – This may be a tough read for some. It was difficult for me to write. I dislike being a Cassandra, Jeremiah, or any other voice that keeps calling attention to the many challenges ahead for humanity and for the world. And yet, it seems to me that if I do not, then somehow I have betrayed my responsibilities, duties, and obligations as professional psychologist, citizen, and human being. This article is in some ways a lament. But in other ways, it is voice in the wilderness calling for an awakening to what is occurring as we choose silence as others cry in pain and humiliation.

On this Thanksgiving Holiday, November 22, 2012, in the United States of America, I will be the bearer of bad news regarding the plight of most of the world’s people. Though it pains me to do so, I want to call our attention to “genocides.” I may be accused of lacking a positive view on life, especially on this day when many people — but not all — in the United States of America, will have celebratory feasts. I won’t, however, be accused of being silent amidst the horror and terror that is occurring across the world from the hands and will of those who claim the greatest historic sense of righteousness and exceptionalism.

The attached website offers details about “genocides”, and in this case, “There is no devil in the details.” (http://en.wikipedia.org/wiki/Genocides_in_history). Let me begin with a quote from Wikipedia (I say “Thank goodness for Wikipedia.”):

There are those who choose to discuss and debate the “definition” of genocide since this serves their political purposes, and enables perpetrators to escape prosecution. Do you remember how the United Nations debated the definition while 900,000 Rwandans died by human hand?

For example, I learned it was Stalin who resisted including a “political” group in a definition of genocide, giving him free rein to murder millions. But it is clear to me that when efforts are made to destroy a group of people and their culture systematically and intentionally, we can only conclude — “a plague by any other name would still be a plague.” Word games are not needed as we witnessed what occurred in the loose definitions of “torture” that permitted brutal torture methods (e.g., water boarding, dogs, isolation) to be used with impunity by US government leaders who then avoided prosecution through legalities, not moralities. Having shared that thought, let me proceed with some reflections.

Genocides have occurred in our

We gloss over these events failing to grasp the actual human suffering that has occurred, distancing ourselves with words that numb our senses and our consciences.

For example, few people today are aware of the Ukrainian Holodomor (1932-1933) when more than 10,000,000 Ukrainians died from Stalin’s enforced starvation, and subsequent colonization of the Ukraine by Russian populations. Check out the list of genocides in Wikipedia, and in doing so imagine someone (e.g., mother and infant child) awaiting death by sword, bullet, torture, disease, or starvation.

We are selective in our perceptions and responses to others because of our biases (i.e., ethnic, political, religious) enable us to dismiss the horror occurring to those we hold in disfavor and those we demonize and vilify. The phrases: “They had it coming,” “What did they expect,” “Live by the sword, die by the sword,” and “They started it,” are heard far too often as excuses to avoid guilt, responsibility, and duties. For me that is a problem. I see it as “selective morality,” depending upon those in a position of power and dominance — how convenient for our conscience. See Figure 1. 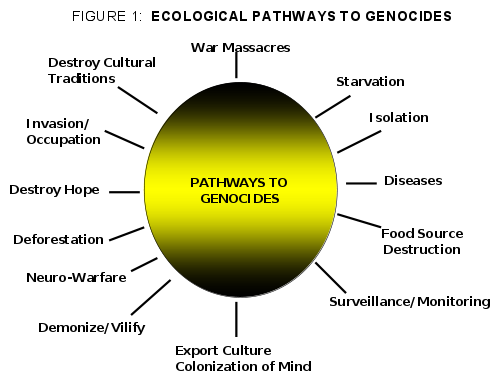 Across our world today, as we in the United States of America celebrate Thanksgiving Day (an interesting event in which Native Americans were subsequently decimated via colonization), perhaps it is time to say “Enough!” Just because it has not happened to us, and it has happened to people we do not know nor like, is no reason for us to be silent. We all know the “killing” (e.g., murder, violence) cannot continue.

requires that citizens around the world grasp the consequences of this dangerous situation. It is no longer a question of “us” and “them;” there is no “other!” As human beings with the capacity for reason, conscience, and compassion, we must learn the many pathways to genocide, and we must stop them or risk a humancide, earthcide, lifecide. We can no longer continue to pursue “identities” with groups, religions, nations at the expense of life. We must identify with life – LIFEISM – (e.g., Marsella, 2012), the very force that animates the universes.

Yes, I am saying that all of those labels that serve to separate us from one another are excuses for violence, destruction, and genocides. They serve those in power who seek to keep humanity separated from life hidden in the anonymity of their institutions. Identification is a normal human developmental process and product. But we must become aware of the risks of “identity” because the social formations that identify us also serve to divide us and destroy us.

In the post-World War II period, the phrase “Never again” was used justifiably by Jews because of the Holocaust. The Holocaust narrative is important as a reminder of what can occur when people seek the total destruction of other people. But there are now scores of equally important genocidal narratives being voiced across the world. Those who have been victims have the greatest opportunity and legitimacy to make sure that the words “Never again” should mean “Never again — for anyone, anywhere, anytime, anyplace.” In failing to accept this view, humanity faces an endless future of genocides. Enough! 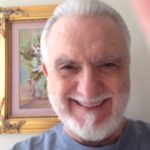 Anticopyright: Editorials and articles originated on TMS may be freely reprinted, disseminated, translated and used as background material, provided an acknowledgement and link to the source, TMS: Genocide: The Ecology of Pathways to Ending Lives and Life, is included. Thank you.