Russian Athletes Exonerated but Ignored in the West 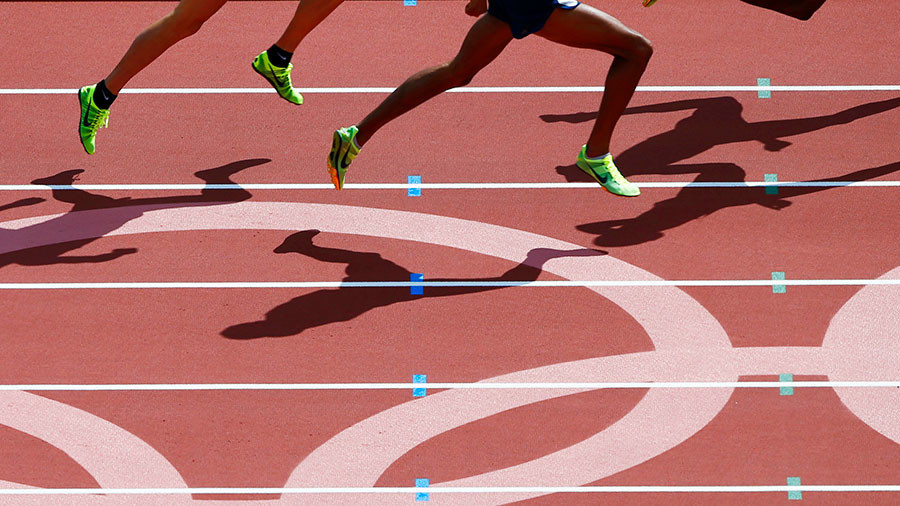 4 May 2018 – A major revelation in the CAS decision is that Richard McLaren, whose reports have formed the basis for banning Russians from the last two Olympics, has qualitatively changed his claim against Russian athletes.

Many of these athletes had been preparing intensely for the upcoming PyeongChang Winter Olympics. Some 39 Russian athletes quickly filed appeals to the Court of Arbitration for Sport (CAS), claiming their innocence. The hearings proceeded rapidly.

On February 1, 2018, the CAS announced its decisions: they partially upheld 11 appeals and entirely upheld the appeals of the other 28 Russian athletes. The decision rocked the International Olympic Committee (IOC) and World Anti-Doping Agency (WADA). IOC President Thomas Bach said the decision was

A week ago, on April 23, the CAS published the full decisions for the first two of 39 Russian athletes. The documents explain the facts, evidence and reasoning behind the CAS decisions to partially or totally uphold the cases of the Russian athletes. The appeal by Aleksandr Zubkov was partly upheld. Alexander Legkov’s appeal was entirely upheld, his Sochi Olympics medals returned and his records reinstated.

The CAS decision revealed that McLaren made qualitative changes to claims made in his reports, which had formed the basis for the Russian bans. In his second report, McLaren concluded:

“Over 1,000 Russian athletes competing in summer, winter and Paralympic sport, can be identified as being involved in or benefiting from manipulations to conceal positive doping tests.”

This claim featured in news headlines around the world. In the UK, The Guardian story headlined:

Sixteen months ago, international media had headlines stated that over 1,000 Russian athletes benefited from a vast state-run doping conspiracy. Now, McLaren says he did not really mean to say that… he meant that they “may have” benefited.  There is a major difference between saying that someone “might have” committed a crime versus saying they did commit a crime. The former is speculative. The latter requires evidence.

The CAS looked at the evidence rather than simply accepting McLaren’s speculations and assertions.

In contrast with IOC President Bach’s statement, David Own at Inside the Games believes the CAS arbitrators are to be congratulated.

“They seem to have made every effort, most properly in my view, to follow the evidence that was presented to them, while endeavoring to shut out the overheated geopolitical atmosphere still enveloping any issue pertaining to Vladimir Putin’s Russia.”

He says the CAS decisions have helped buttress CAS credibility as an independent, objective and legally fair institution.

No decision on athlete’s due process rights

Unfortunately, the CAS decided to NOT consider

“the athlete’s submissions concerning the alleged violations of his due process rights during the proceedings before the IOC DC… the Panel takes the view that no useful purpose would be served by determining whether the overturned findings and sanctions were the product of a procedure that failed to respect the Athlete’s due process rights.” (page 151, Legkov decision)

This is unfortunate, because the violations of due process have been blatant from the start of the accusations and penalization of Russian athletes. For example, the banning of Russian track and field and Paralympic athletes from the Rio Summer Games was based on McLaren’s first report, which did not allow Russians to respond to the accusations. The failure of due process was explained by sports attorney Ron Katz:

“Not even attempting to interview Russian officials is fundamentally unfair… Due process is not an empty phrase. Without it, there cannot be justice.”

The CAS’ “reasoned decision” reveals that the IOC Disciplinary Commission uncritically accepted the claims and assertions of Richard McLaren. In reality, as documented here, McLaren made many unfounded assertions and misrepresented the testimony of his own toolmarks expert. McLaren claimed that the findings were

“immutable facts” and “conclusive” where the expert actually said: “These marks on their own should not be considered to be conclusive…”

In his report, the expert added explanations for innocent causes which could result in the same type of marks. (Forensic Report EDP0902 at Evidence Disclosure Package)

Continuing the lack of due process, Russian athletes including Alexander Legkov were unfairly excluded from the most recent Winter Olympics held in PyeongChang. They were given very little time to appeal the decision banning them, and when their appeals were supported, they were still banned by the IOC. One could argue that for many of these athletes, “justice delayed is justice denied.” The February Winter Games were the last possible Olympics for some of the athletes.