“We don’t make our foreign policy under pressure from other countries.” 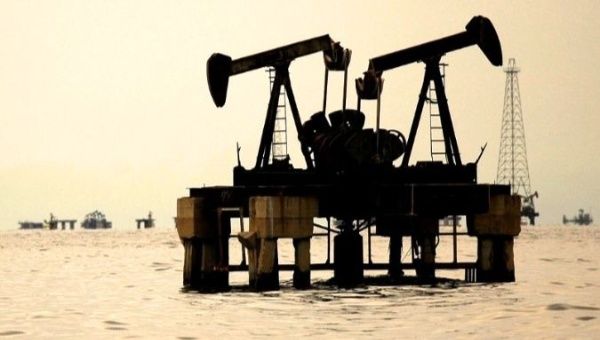 Both Venezuela and Iran are key oil suppliers to India.
| Photo: Reuters FILE

29 May 2018 – India will continue to trade with Venezuela and Iran despite U.S. sanctions, according to an announcement by Indian Foreign Minister Sushma Swaraj, on Monday [28 May].

Washington has recently imposed additional sanctions on Venezuela following the re-election of President Nicolas Maduro. But, minister Swaraj said New Delhi rejects “reactionary” policies and would not be dictated to by other countries.

“We don’t make our foreign policy under pressure from other countries.” The minister also commented that India recognizes restrictions from the United Nations (UN) on Caracas or Tehran but not those issued by the United States.

“India follows only UN sanctions, and not unilateral sanctions by any country,” Swaraj said, adding that India would continue to trade with Venezuela, in spite of any challenges.

“We cannot have any trade in cryptocurrency as it is banned by the Reserve Bank of India. We will see which medium we can use for trade,” Swaraj insisted. The representative of the East Asian country made the remarks, in New Delhi, at a joint news conference with Iranian counterpart Mohammed Javad Zarif.

Both Venezuela and Iran are key oil suppliers to India.

Last month, U.S. President Donald Trump withdrew the United States from the Iran nuclear deal and ordered the reimposition of sanctions that were suspended under a 2015 accord. China, Russia and several European countries are currently working to salvage the deal.

“FM Zarif briefed about the discussions that Iran has undertaken with parties to the Joint Comprehensive Plan of Action (JCPoA) following the U.S. decision to withdraw from the agreement,” the Ministry of External Affairs (MEA) said in a statement.

India and Iran – the country’s third-largest oil supplier – have long-standing political and economic ties, including the Chabahar port project. The MEA remarked that Swaraj and Zarif also discussed bilateral, regional and international issues.

“The two sides positively assessed the implementation of decisions taken during the visit of President [Hassan] Rouhani to India. These included bilateral cooperation in the areas of connectivity, energy, trade and promotion of people to people contacts,” the release said.

During the Iranian president’s February visit, both parties signed some nine agreements, including handing over the port’s operation to India for 18 months.

According to the MEA, India-Iran bilateral trade during the 2016-17 fiscal year totaled US$12.89 billion. India reportedly imported US$10.5 billion worth of goods – mainly crude oil – and exported commodities worth US$2.4 billion.