10 Jul 2018 – On the occasion of the NATO Summit in Brussels and the Putin-Trump meeting in Helsinki.

This analysis comes in two parts – one critical and one constructive: This one on “NATO’s crisis and the Transatlantic conflict” and the second on “Make NATO civilian and civilised.”

My apologies for writing a bit long, it isn’t comme il faut nowadays. But I happen to be a researcher who believes in knowledge, background and intellectual arguments in fields such as defence, security and peace – in other words, belonging to a race threatened by extinction in the era of fake and marketing. Indeed, so old fashioned am I that I don’t believe in world security matters being dealt with in Twitter- or spin doctor- style or in narratives and diplomacy conducted through advertisement videos.

The follow-up second part of this analysis can be found here. 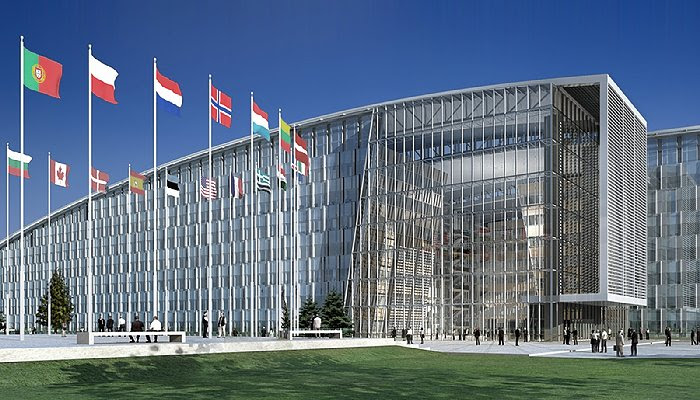 When the Berlin Wall came down and the Soviet Union dissolved and the Warsaw Pact disappeared, a few of us argued that the appropriate response would be to close down NATO and develop a new all-European peace system and a policy for conflict-handling to replace the predominantly military security thinking that had dominated during the First Cold War.

I had a particular reason for arguing that at the time. As part of the research I did for my PhD (1981) on Denmark’s defence and security policy in a global perspective, I had interviewed a small number of middle-level civilian and military personnel at NATO’s HQ in Brussels. They all basically told me the same three things – remember this was the late 1970s, or about 10 years before the Cold War ended: 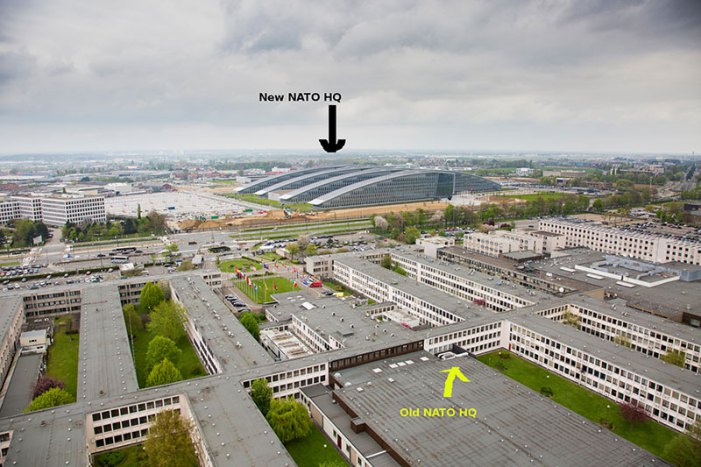 Western leaders – that is, until one of the worst, Bill Clinton, took over in 1994 – showed statesmanship and told Gorbachev that they would not expand NATO an inch and that the divided Germany would be neutral if unified. There was no talk of closing NATO in those circles, however – nobody who took Gorbachev intellectually sound and visionary idea about a new European House seriously.

No, they had won the Cold War. The Soviet Union had lost and became a militarily a dwarf in comparison to what it had been. And that wasn’t that strong either: The Warsaw Pact’s military expenditures varied between 60 and 80% per cent of those of NATO and it vastly inferior in terms of technological quality, innovation capacity and discipline – but stronger in quantities, e.g. the number of tanks.

We’re in Cold War 2 – of course not a repetition because of all the differences between that world and today’s. Ten of the former Warsaw Pact countries are now full NATO members, neutral states back then like Sweden and Austria have abolished that – wise – policy. And, mind you, the military expenditures of Russia – one country facing NATO’s 29 – are 8 per cent of NATO – yes, you got it right: Eight per cent of NATOs military expenditures in spite of all the propaganda about Russia and Putin representing an existential threat to Europe and the US if not the whole world. Who said disinformation was used only by Russia?

The Clinton Administration decided to not give a damn about the promises made and started the expansion of NATO in 1994, the new (humanitarian!!) interventionism in Yugoslavia – devoid of knowledge about its complexities, of common sense and without a UN Security Council mandate and one gross violation of international law after the other including the bombing of Serbia to carve out a forever-failed state, Kosovo state – the second Albanian state in Europe. Oh Crimea, what a crime in comparison!

And then came, one-by-one, incrementally – the new NATO members right up under the skirts of Russia in total defiance of its history psychology and legitimate near-abroad security perceptions.

The wisdom of softer borders and neutrals, of dialogue and confidence-building – like Finland that started the OSCE, like Sweden under Palme that started common security and Germany under Brandt that started rapproachment and Ostpolitik etc – all gone today.

Imagine a Russia-led alliance with 12 times more military than the US making Mexico and Canada new members. Sure, Washington would love it.

Facts, analyses, intellectual understanding went out of the window long ago – in Western mainstream media and politics, from Right to Left too, the latter believing in humanitarian intervention and human rights advocates flying F-16.

We’re living in dangerous times because facts, knowledge, science and common sense play virtually no role anymore. And because the peace discourse has disappeared decades ago.

Today’s Western security policy managers are anti-intellectuals, seemingly unaware of their moral responsibilities and under much less control than when Dwight D. Eisenhower in his farewell speech in 1961 warned the world and the US itself about the MIC – the Military-Industrial Complex. (Bless him for doing so and curse those who never listened but made it a cancer on Western civilisation).

99% of these security managers would not be able to offer an intellectually decent definition of concepts such as deterrence, defensive/offensive, conflict-resolution, or peace. They don’t write books.

But – at least some of them have a button close to them with which they can kill millions. 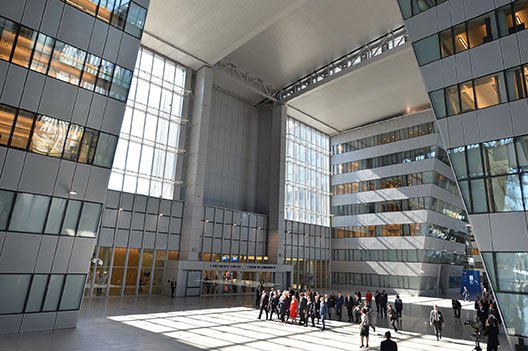 Today we are facing a Western militarist cancer in which policies are run by, not the MIC, but the MIMAC – the Military-Industrial-MEDIA-ACADEMIC Complex. And it is de facto out of any democratic control.

By and large this is what explains all the wars, in the Middle East in particular, all the millions dead and wounded, all the hatred, terrorism (which thanks to the idiotic U.S. Global War on Terror since 9/11 2001 has boosted the number of dead and wounded in political terror acts from about 1 100 to 32 000.

The inverse proportionality between intellectual and military capacity is in and of itself the largest threat to humanity’s survival.

So is the absence – or woefully inadequate power – of a vibrant public dialogue about peace, social peace actions and peace policies. No government has peace advisers, no government even thinks of matching peace research with military research investment and no government has a peace policy or minister. Don’t even know that such things might be a good idea.

The discourse, as I said, is non-existing. Militarism – the Juggernaut – has no brakes. And, so, we’re in the Second Cold War that more knowledgeable and responsible people would have avoided.

You can read about it all in details in these ten articles from TFF in 2016.

People talk far too much about Trump, the person(ality). And far too little about the system that brought him on stage and runs him to a large extent – as large as anyone can run Trump. Remember, Kennedy was killed some time after a revolutionary speech about a new world peace order.

The day we talk as much about MIMAC as we talk about Trump and his sex life or Tweets, there might be some hope – but don’t expect it in media and a Western, Christian culture that is obsessed with individuals and individual morality and hardly can spell the word structure. MIMAC is a structure and not exactly benign – but did you ever hear about it in the mainstream press?

Furthermore, anyone knowing just a little about these matters are perfectly aware that the US is in Europe for the sake of the US itself, not for the blue-eyed people of Europe. Europe has always been and remains the forward defence area of the American territory and it is in Europe the war shall be fought, not on US territory. Therefore also the Ballistic Missile Defence in Europ – shooting down whatever retaliatory missile Moscow might fire in response to a US attack upon it – and shoot it down over Europe.

Every single forward deployment, every new NATO member is today much much less secure than before. Why? Because when you join an alliance and make the borders hard – there is no way to avoid that Russian military defensive preparation for the eventuality of an attack upon it, will target every single of these countries. Simple military logic – any NATO general would do the same if situated in a Russian military planning unit.

Something is wrong. Very very wrong. With NATO.

NATO is what its members make it: Change it completely or dissolve it

You may now think that I mix “NATO, the alliance” with “NATO members” above. True! There comes a time when a Club that once had noble purposes falls apart because of its members’ reckless, immoral and constitution-violating behaviour. The centre simply doesn’t hold. There comes a time when you cannot healthily maintain a figleaf distinction between the organisation and its members. Call it compromised, corruption, de-moralization or decay and think, for instance, of the Swedish Academy.

NATO turns 70 next year. Age is not itself an argument for or against anything. The UN is even older and its Charter is still the most important governments have ever signed.

But NATO members, lead by the U.S., have undermined the organisation and all the noble principles it once stood for. (Also by having nuclear weapons which are not mentioned in the Treaty but militates against any concept of peace by peaceful means). In particular, since the end of the First Cold War, its net contribution to the world has become negative, destructive. NATO today stands for North Atlantic Treaty Obsolescence.

In conclusion, crap NATO as we know it!

Let’s use the anniversary to discuss how it can survive in a completely new shape and avoid the fate of its then beloved enemy, the Warsaw Pact – without which it should have been heavily reformed or closed down about 30 years ago.

The photos in this article are all of the new NATO HQ that seems to have cost US$ 1230 million taxpayer dollars, no built in modesty there. NATO started out a bit more modestly. And here’s how Reuters covered the new HQ with a video tour.