UN-Burma/Myanmar MOU: Why the Hush Hush?

UN expert calls for Myanmar-UN deal to be made public, says Rohingya return not happening soon 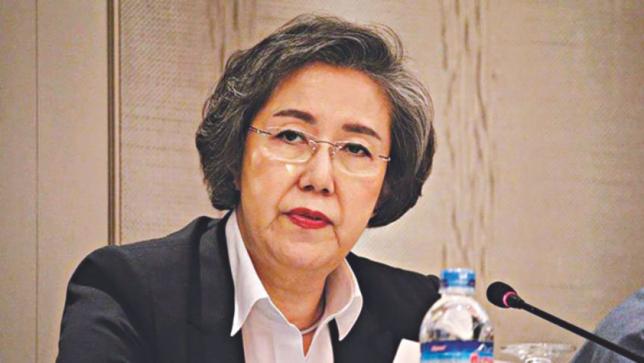 9 Jul 2018 – UN Special Rapporteur on Human Rights in Myanmar Yanghee Lee has expressed concern that a memorandum of understanding signed in June between the UN and Myanmar has been kept secret.

“While I am not aware of the exact terms of the MoU, I am extremely concerned that it has been kept secret, including by the UN agencies involved, and urge the parties to make it public,” she said at a press conference in the capital’s Le Meridien Hotel yesterday.

A few weeks after hearing the news of the MoU signed between Myanmar, UNDP and UN Refugee Agency (UNHCR), she sent a request to Myanmar through its permanent mission in Geneva for a copy of the MoU, She said.

Instead of giving her the copy, Myanmar shared with her a summary of the MoU prepared by the UN.

“Over the last three weeks, I also made requests in person to senior officials of the UN, who despite promises, have not shared a copy of the MoU with me,” she said.

Lee, who has been repeatedly denied access to Myanmar’s Rakhine, said Rohingyas in Cox’s Bazar expressed frustration, disappointment and anger over the lack of consultation on their fate.

“I expressed my dismay at the Human Rights Council over the lack of transparency on 27 of June.”

UN had earlier said the MoU signed on June 6 was the first necessary step to establish a framework for cooperation between the UN and Myanmar government aimed at creating conducive conditions for the voluntary, safe, dignified and sustainable repatriation of refugees from Bangladesh and for helping to create improved and resilient livelihood for all communities living in Rakhine State.

The Reuters recently reported that Rohingya refugees returning to Myanmar would have no explicit guarantee of citizenship or freedom of movement throughout the country, under a secret agreement between the government and the UN seen by the Reuters.

During UN Secretary-General Antonio Gueterres’s recent visit to the refugee camps, Rohingyas demonstrated against the “secret deal” and demanded that they be included in any negotiation on repatriation.

Over 720,000 Rohingyas have fled a brutal military crackdown in Myanmar and came to Bangladesh since August last year.

The persecution has been defined by the UN as a textbook example of ethnic cleansing. Amid global criticism, Myanmar signed a MoU with Bangladesh in November last year. No formal repatriation has taken place so far.

Rohingyas demand guarantee of citizenship in Myanmar and return to their original homes. They also do not want to go to the temporary camps as per Myanmar authorities’ wish. They demand an UN-supervised security force in Rakhine as a condition for their return.

Repatriation of the Rohingyas to Myanmar is not going to happen anytime soon as Myanmar has not shown any willingness to make northern Rakhine safe, Lee said.

“As it is now clear that the government of Myanmar has made no progress or shown any real will to dismantle the system of discrimination in the country’s laws, policies and practices, and to make northern Rakhine state safe, the Rohingya refugees will not be returning to Myanmar in the near future.”

A number of refugees, who arrived in Cox’s Bazar in recent days, told the special rapporteur about the situation in northern Rakhine.

The refugees told her that Myanmar security forces had entered their villages and told them to accept the national verification card (NVC), which does not provide citizenship rights.

“Several of the women I spoke to told me that the security forces searched for their husbands, who had been staying out of their houses in fear. They said that they had then been raped when their husbands were not found.”

A refugee woman told Lee that her 12-year-old son had been chopped to pieces when he visited the family’s fish hatchery. The security forces had earlier told the family that they must not go there unless they accept the NVC. “Such brutality, and to a child, is deplorable.”

About the refugee camps in Cox’s Bazar, Lee said she was concerned about gender-based violence risks.

“I received very troubling reports of violence in the camps, allegations of trafficking of women and girls, domestic violence, exploitation and widespread sexual and gender based violence.”

As people continue to arrive, the congestion only increases, as do the risks of public and individual health, she said, urging all humanitarian actors to put protection and gender at the forefront of their work.

She said education for all, access to meaningful livelihood opportunities and vocational training for men and women and freedom of movement was necessary.

“They must be recognised as Rohingya refugees by all, including by host government.”

She also urged the donors to step up and provide the funding that urgently needed to move to medium and longer-term planning. The joint response plan of $951 million appealed in March this year up to December is only 26 percent funded.

Unless the cycle of violence and persecution is broken, violations of human rights and international humanitarian law will continue in Myanmar, she said.

On June 27, she proposed the establishment of a mechanism of accountability for Myanmar in her presentation before the UN Human Rights Council.