Articles by The Daily Star [Bangladesh] 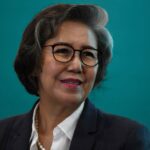 19 May 2020 – At a time when the world, including neighbouring Malaysia and Thailand, have shunned the Rohingya (acknowledged as the most persecuted minority in the world), at a time when the Burmese state audaciously tramples the whole corpus of international human rights instruments being aided and abetted by major powers; at a time when those who stand for reason, rule of law and justice feel betrayed by the high and mighty of the world, Yanghee Lee stood firm as a beacon of hope. 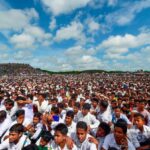 30 Nov 2019 – Rohingyas across Europe have planned mass rallies and a global campaign, “Boycott Myanmar”, to globally drum up their demands for justice as the International Court of Justice begins its first ever hearing on the genocide case against Myanmar on 10 Dec. 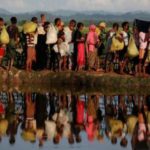 28 May 2019 – The UN High Commissioner for Refugees and UN Development Programme today signed extension of a memorandum of understanding with Myanmar for one year aimed at creating conducive conditions for voluntary and sustainable repatriation of the Rohingya from Bangladesh. “UN agencies have not even consulted the Rohingyas, the survivors of genocide,” said Ro Nay San Lwin, coordinator of Free Rohingya Coalition from Germany over phone. 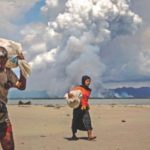 14 Nov 2018 – No meaningful change has occurred in the Burmese state’s policy towards the Rohingya people. The demand for restoration of citizenship rights has gone unheeded; Rohingyas are still not recognised as a national ethnic group; the discriminatory legal and administrative apparatuses that were set up over the decades creating an apartheid-like situation remain intact; their land and properties remain confiscated by the state or have been given away to Buddhist Rakhines; … 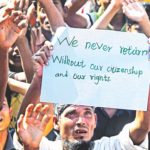 16 Nov 2018 – Repatriation Postponed as Rohingyas Feel Return to Myanmar Still Not Safe – Prof CR Abrar, who teachers international relations at Dhaka University, said it was not surprising. “How can the Rohingya go back to Rakhine where people still face rights abuses and confinement? There is a threat for Rohingyas of being interned in the camps for the rest of their life,” he said. New York-based Human Rights Watch yesterday demanded the authorities halt the repatriation. 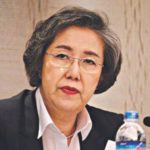 9 Jul 2018 – UN Special Rapporteur on Human Rights in Myanmar Yanghee Lee has expressed concern that a memorandum of understanding signed in June between the UN and Myanmar has been kept secret. “While I am not aware of the exact terms of the MoU, I am extremely concerned that it has been kept secret, including by the UN agencies involved, and urge the parties to make it public,” she said. 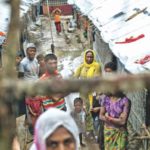 7 Jun 2018 – Bangladesh’s ICC Cooperation Is Crucial for Rohingya Justice – Since August last year, the world has witnessed how hundreds of thousands of desperate Rohingyas have fled across the border into Bangladesh, bringing with them tales of unimaginable horror. 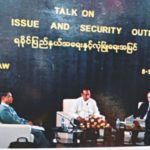 28 Mar 2018 – The People’s Tribunal on State Crimes of Myanmar unequivocally termed the atrocities committed by the Burmese government as “genocide”. The UN special rapporteur on human rights situation of the country has clearly stated that such actions bear the “hallmarks of genocide”. Without mincing his words, the French President Macron has expressed his disgust of Myanmar’s genocide. Even the unpredictable British Foreign Secretary termed it as “industrial scale ethnic cleansing”. The Holocaust Museum acknowledged it as a genocide and expressed solidarity with the victims. Nobel laureates Bishop Tutu and Amartya Sen have labelled it as “slow burning genocide.”

“There are no viable and peaceful solutions on the horizon for Rohingyas. The United Nations system has failed the victims; again! Rohingyas are not the first nor will they be the last who will be sacrificed in the geopolitical equations and narrow self-interests of the world’s leading nations on the path of Planetary Destruction.” – Maung Zarni 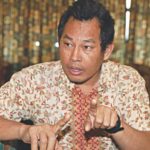 Zarni: “Ending the Genocide in Burma Is Not Profitable”
Naznin Tithi – The Daily Star [Bangladesh], 11 Dec 2017

6 Dec 2017 – Dr Maung Zarni, a UK-based Burmese genocide scholar and human rights activist who campaigns for the end of Myanmar genocide against Rohingyas, tells how the international community has failed to take concrete and effective actions to end the state-directed persecution spanning 40 years.

Rohingya Genocide and the Liberal States: Dancing with the Demon of Destruction
C R Abrar – The Daily Star [Bangladesh], 25 Sep 2017

19 Sep 2017 – Arakan is burning. The Burmese rulers appear to be on the brink of achieving their much-longed-for a “final solution” of the Rohingya question. A reign of terror has been let loose in northern Arakan. Rohingyas are being shot, butchered, disemboweled, torched and drowned. Women are being raped and gang-raped, and children are being mutilated often in front of their helpless parents and siblings.

The world hardly paid heed to the ruthless killings going on in Bangladesh in those long nine months. The tales of the macabre were told and retold by countless many here. And yet, the world did not have time to listen. Forty-six years after the bloodbath that hardly left any family untouched, Bangladesh has finally taken initiatives to get recognition of the Pakistan army led genocide by the UN.