ASIA-UPDATES ON MYANMAR ROHINGYA GENOCIDE, 25 May 2020 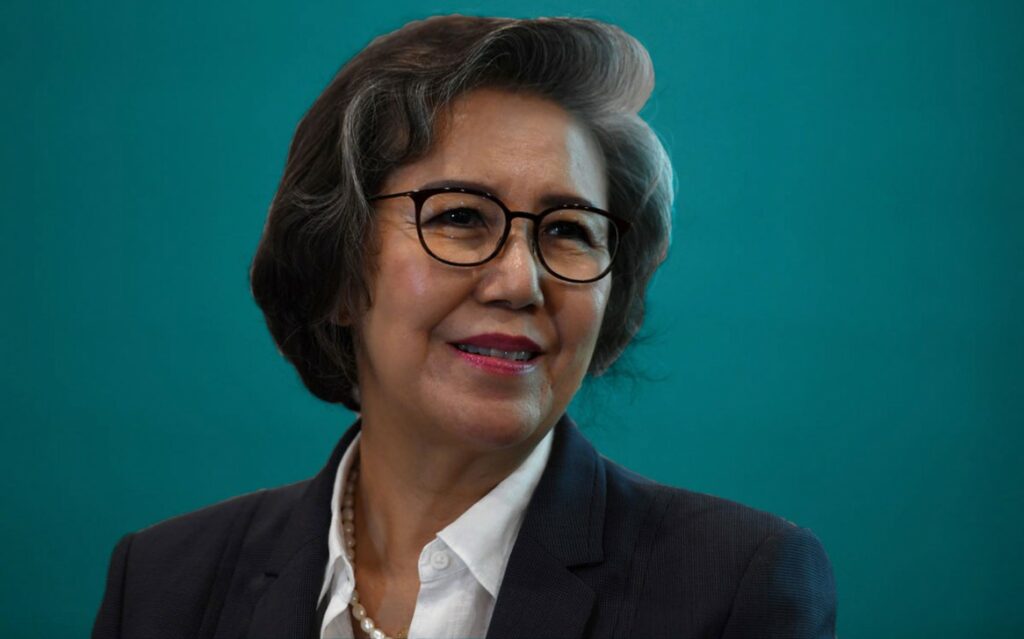 19 May 2020 – “We all knew that [Aung San Suu Kyi] was put on a pedestal or portrayed as the icon of democracy and human rights, but ever since [her party] has taken office [after the 2015 election] and ever since she took the office of the State Councillor, all of her actions and her words, statements point otherwise”, noted Professor Yanghee Lee, in one of her last conversations with Al Jazeera as the Special Rapporteur on the Human Rights Situation in Burma. “Perhaps the world didn’t really know who she was”, she said.

At a time when the world, including neighbouring Malaysia and Thailand, have shunned the Rohingya (acknowledged as the most persecuted minority in the world), at a time when the Burmese state audaciously tramples the whole corpus of international human rights instruments being aided and abetted by major powers; at a time when those who stand for reason, rule of law and justice feel betrayed by the high and mighty of the world, Yanghee Lee stood firm as a beacon of hope.

A developmental psychologist and professor with decades of involvement in the UN’s rights bodies, Lee held the mandate of the Special Rapporteur from 2014 until end of April this year. Over the years, she made extensive visits to the region, including Burma. Her objective reporting on the human rights situation in Rakhine and the rest of Burma did not augur well and during their last one-to-one meeting, the de facto head of Burmese government Suu Kyi threatened visa denial if the UN Special Rapporteur kept pushing the “UN line”. Lee refused to be cowed by the former human rights icon’s interference and Suu Kyi delivered on her threat—she has been denied entry to the country since 2017. Lee viewed the Burmese decision “as a strong indication that there must be something terribly awful happening in Rakhine, as well as in the rest of the country”. While holding office, she was one of the very few global public figures who unwaveringly championed the Rohingyas’ quest for dignity, justice and protected return to their homeland.

Yanghee Lee’s tenure came to be largely dominated by the Burmese state’s attempt to complete the “unfinished business” of Rohingyas’ physical and historical existence, the Burmese equivalent of the Final Solution, in the early fall of 2017. The genocidal terror that was unleashed resulted in the exodus of at least 750,000 people into neighbouring Bangladesh. It was presented as a clearance operation of “ARSA terrorists”, a pretext enthusiastically accepted by Islamophobic western governments, world media and “security experts”. Choosing to ignore the genocidal nature of these “security clearance operations”, the emerging chorus of policy and media discourses faulted the Burmese military for “disproportionate and excessive use of force”, despite Lee calling out the “the hallmarks of a genocide” by Burma. As a matter of fact, on August 10, 2017, at least two weeks prior to the alleged ARSA attack on Burmese police outposts, Lee warned of the buildup and ominous movement of security forces in northern Arakan and appealed for restraint and respecting human rights.

In her parting statement to the Human Rights Council, Lee noted, “(w)hen I took up my mandate in 2014, I had thought that by 2020 a rights-respecting democracy would have been firmly established in Myanmar… Rather than a nation that protects human rights, I observe rights violations that continue to routinely occur and a country that stands accused of the most serious crimes under international law.”

Lee proposed ways to move towards an equal, tolerant and pluralistic society, including through victim-centered transitional justice mechanisms. Among other things, the UN expert underscored the need to bring the entire government and security forces under civilian control and initiate extensive legal reforms—including of the Constitution, land laws, the Citizenship Law and laws that violate fundamental rights such as freedom of expression, assembly and religion. “An end to impunity is the lynchpin for Myanmar to succeed in its transition to democracy. Perpetrators of human rights violations and international crimes must be held accountable,” she argued.

Yanghee Lee was appalled at the world’s reaction to the Rohingya plight—particularly that of the Security Council, which could not manage to agree on a single unified stance on an unfolding genocide in real time. She made her feelings loud and clear. Lee felt it was “shameful” that China and Russia, being UN security council members, have not taken any action against Burma. “China cannot be a global leader if it ignores such atrocities,” she noted. The Special Rapporteur also said the US decision to impose sanctions against senior military leaders in Burma did not go “far enough” and recommended these be tougher and applied to more generals.

She was disappointed at the response of the Association of Southeast Asian Nations (ASEAN) to the developments in northern Arakan. The situation posed an increasing risk to the peace and security of countries of the region, she warned, urging them to prioritise human rights in its dealings with Burma. She expressed regret at the lack of response from the Government of India on her request to visit the country to meet refugees there. She reminded them that it is incumbent on member states to respect mandates established by the Human Rights Council and provide timely and reasonable answers to such requests.

The UN’s role in addressing the Rohingya plight has been palpable. Lee personally appealed to Secretary General Antonio Guterres for an international investigation, to no avail. In October 2017, when The Guardian reported the scandalous news of Renata Lok-Dessalien, UN Resident Coordinator in Burma, compromising UN Human Rights Up Front policy by prioritising a cozy relationship with Burma’s rulers, Guterres relented and commissioned former Guatemalan foreign minister Gert Rosenthal to do an internal assessment of the UN’s performance in Burma. The Rosenthal Report condemned the organisation’s “obviously dysfunctional performance” over the past decade and noted “the overall responsibility was of a collective nature; in other words it can truly be characterised as a systemic failure of the United Nations.” Accordingly, no UN official was held accountable, and Lok-Dessallien was even rewarded with a larger portfolio when she was appointed head of the UN in India!

Yanghee Lee was unequivocal in expressing her disappointment of the UN system in dealing with the Rohingya issue, particularly the UN’s technical agencies in the New York headquarters and in Burma. She was brutally honest about how she felt about the Memorandum of Understanding that was signed by the Burmese government, UNHCR and UNDP in early June 2018 purportedly “to assist the process of repatriation from Bangladesh”. The document was not made publicly available, nor was there any transparency about its terms. UN’s failure to defend the self-identity of the Rohingya and their refugee status appalled her. “I am dismayed about the fact that the parties to the MoU, including the United Nations agencies involved in this process, have apparently failed to recognise Rohingya living in Bangladesh as refugees and as Rohingya”.

The tendency of concerned states, including Burma and Bangladesh, to deny any role to Rohingya refugees was of grave concern for her. “Most frightful … is the fact that the Rohingya refugees have not been included in any of the discussions … around this MoU nor consulted in relation to the repatriation process as a whole”, she noted, posing the uncomfortable but pointed question to the Council—”how can the process of repatriation be voluntary with the people who the process is for excluded from it? How can you be sure that any return is based on individual informed consent?”

Conveying the common view among Rohingya refugees to the Council, Lee said “it is futile to speak about their safe, voluntary, dignified and sustainable return unless the root causes of their exodus are properly addressed”. She argued that to ensure such repatriation, the international community must ensure that Burma dismantles the system of discrimination against the Rohingya by law, policy and practices that continue to exist, and guarantee fundamental human rights to them, including by restoring their citizenship rights and property.

Helping lay the foundation for global justice for both Rohingyas and other victims within the UN’s system of accountability has been the single most important contribution of Professor Lee to Burma’s oppressed communities (not just the Rohingya), especially given that the country does not have national or domestic justice and accountability mechanisms that recognise and are capable of processing the gravest crimes in international law, such as crimes against humanity and genocide. Her persistent demand for an independent investigation into Burma’s state crimes against the Rohingya led to setting up of the Independent International Fact-Finding Mission on Myanmar (FFMM) by the UN that was succeeded by the creation of the Independent Investigative Mechanism for Myanmar (IIMM) by the Human Rights Council in September 2018. The IIMM became operational on August 30, 2019—it is mandated to collect evidence of the most serious international crimes and violations of international law and prepare files for criminal prosecution.

Despite widespread skepticism, it was the relentless effort of Lee that led to the huge success in setting up of an accountability mechanism. She even wrote the TOR of the personnel of IIMM and prepared its budget. All these were achieved with the meagre support of a desk officer and a research assistant. Acknowledging her significant role, Rohingya genocide scholar Maung Zarni succinctly noted “No Yanghee Lee, no Fact Finding Mission and The Gambia-vs-Myanmar case at the International Court of Justice”.

In our meeting during her last visit to Bangladesh, she underscored the need for sustained engagement of civil society against all odds. Brushing aside my shyness, I told her that we celebrate her good fight against a system that stands for the status quo and the powerful, and has repeatedly failed to deliver justice. I added, she was the role model for those who stand for justice for the wretched of the earth. Maintaining her graceful composure, she smiled. Gracias, Professor Yanghee Lee.