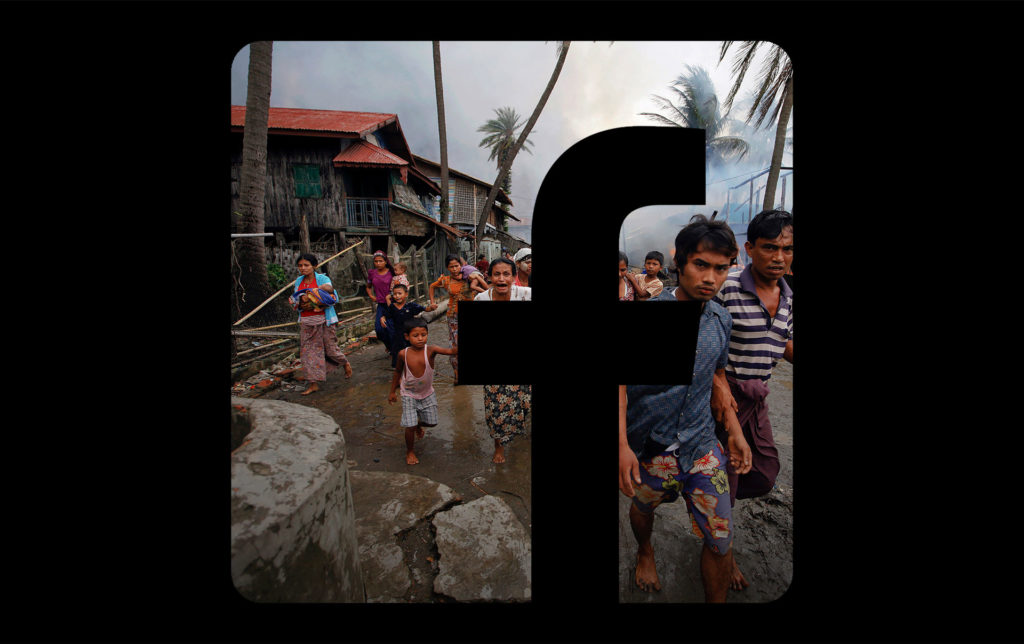 ETHNIC VIOLENCE: There have been repeated outbreaks of communal violence in Myanmar. In March, a United Nations investigator said Facebook had been used to incite hatred against the Rohingya.
REUTERS/Soe Zeya Tun

Why Facebook Is Losing the War on Hate Speech in Myanmar

Reuters found more than 1,000 examples of posts, comments and pornographic images attacking the Rohingya and other Muslims on Facebook. A secretive operation set up by the social media giant to combat the hate speech is failing to end the problem.

Some 700,000 members of the Rohingya community had recently fled the country amid a military crackdown and ethnic violence. In March, a United Nations investigator said Facebook was used to incite violence and hatred against the Muslim minority group. The platform, she said, had “turned into a beast.”

Four months after Zuckerberg’s pledge to act, here is a sampling of posts from Myanmar that were viewable this month on Facebook:

One user posted a restaurant advertisement featuring Rohingya-style food. “We must fight them the way Hitler did the Jews, damn kalars!” the person wrote, using a pejorative for the Rohingya. That post went up in December 2013.

Another post showed a news article from an army-controlled publication about attacks on police stations by Rohingya militants. “These non-human kalar dogs, the Bengalis, are killing and destroying our land, our water and our ethnic people,” the user wrote. “We need to destroy their race.” That post went up last September, as the violence against the Rohingya peaked.

A third user shared a blog item that pictures a boatload of Rohingya refugees landing in Indonesia. “Pour fuel and set fire so that they can meet Allah faster,” a commenter wrote. The post appeared 11 days after Zuckerberg’s Senate testimony.

The remarks are among more than 1,000 examples Reuters found of posts, comments, images and videos attacking the Rohingya or other Myanmar Muslims that were on Facebook as of last week. Almost all are in the main local language, Burmese. The anti-Rohingya and anti-Muslim invective analyzed for this article – which was collected by Reuters and the Human Rights Center at UC Berkeley School of Law – includes material that’s been up on Facebook for as long as six years.

The poisonous posts call the Rohingya or other Muslims dogs, maggots and rapists, suggest they be fed to pigs, and urge they be shot or exterminated. The material also includes crudely pornographic anti-Muslim images. The company’s rules specifically prohibit attacking ethnic groups with “violent or dehumanising speech” or comparing them to animals. Facebook also has long had a strict policy against pornographic content.

The use of Facebook to spread hate speech against the Rohingya in the Buddhist-majority country has been widely reported by the U.N. and others. Now, a Reuters investigation gives an inside look at why the company has failed to stop the problem.

For years, Facebook – which reported net income of $15.9 billion in 2017 – devoted scant resources to combat hate speech in Myanmar, a market it dominates and in which there have been regular outbreaks of ethnic violence. In early 2015, there were only two people at Facebook who could speak Burmese reviewing problematic posts. Before that, most of the people reviewing Burmese content spoke English. 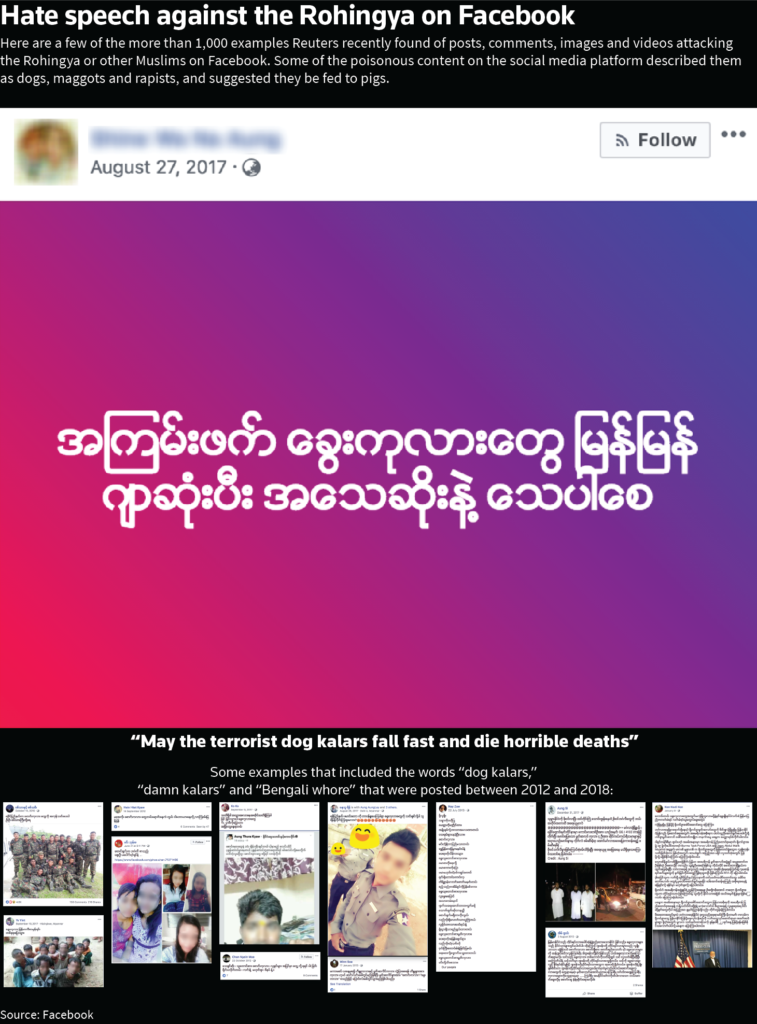 To continue reading the report Go to Original – reuters.com