A Madrasa That Promises both Heaven and Earth

The South Indian city of Bidar–the northernmost part of Karnataka, 145 km from Hyderabad–is a placid habitation where Hindus and Muslims peaceably coexist to the eternal rhythms of sowing and harvest. It is barely known beyond the subcontinent. However, in recent years, it has built a great reputation in the field of education. It is drawing students from miles around, and the teaching pedagogy at its largest seminary (madrasa) is delivering amazing outcomes, confounding even seasoned educationists. The madrasa is not just opening the gateway to modern careers but also strengthening the prospects of eternal salvation.

A dignified aura of its rich past cloaks every corner of the town. The crowning minarets that dot the city landscape and the villages around it dissolve into the mist of history as the lavender of the evening glow envelopes the monuments from which writers extract magical romances for their books. Legends abound of the great kings and saints who once inhabited this land. The ravages of time and the passages of history have slowly driven the chapters of glory into bygone memories. 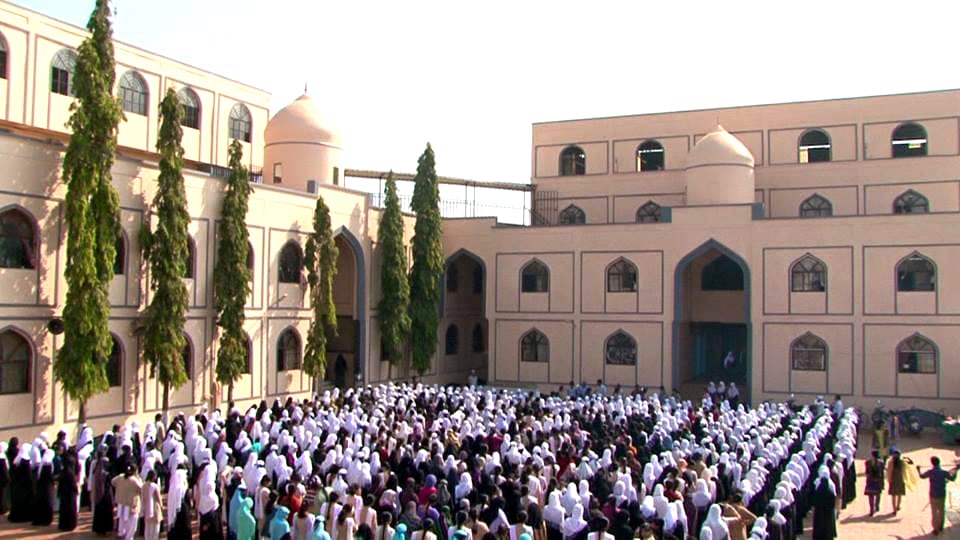 But Bidar has re-emerged on the map .In a narrow alleyway, opposite the 15th-century edifice of Madras a of Mahmud Gawan (1472) in Gole Khana area of Bidar stands Shaheen School, the flagship institution of a vibrant educational revolution whose ripples are touching thousands of lives across the country. Parents seeking a blend of temporal and spiritual education are choosing it over mainstream institutions. The unique offering at this institution is a bridge course for madrasa pass outs that equips them to join the mainstream education system. It is popularly phrased as’ a short hop from madrasa to science lab’.

When Abdul Qadeer, 58, an engineer by profession, began his enterprise in a one room tenement accommodating 18 students way back in 1989 he never imagined that his effort would become e a harbinger of a unique educational revolution.  With a mission   to “shape an ideal seat of learning that is accessible to one and all”, the movement has mushroomed  into a major center of academic excellence and a  beacon  of modern learning, touching the lives of more than 11000 students supervised by 400 teachers, all of them engaged in creation of knowledge wealth. The network comprises nine schools 16 pre-university colleges and a degree college having its clones in several cities. They have enabled more than 900 students to become doctors in the last 15 years.

Muslims desperately need such institutions. They comprise 14% of India’s population but  have the highest illiteracy rate(42.7%), the lowest level of enrolment in higher education (4.4%)    the lowest share of public(or any formal) jobs, school and university posts including that of government jobs (4.9 %), earn less than other groups, are more excluded from the financial world, and spent fewer years in school. Pitifully Muslims account for 40 per cent of India’s prison population.

Qadeer is one of the many links in the chain of modern liberal Muslim education that was forged by Sir Syed Ahmad who founded the Aligarh Muslim University. Sir Syed found the madrasa syllabus unsuited to the present age and to the spirit of time. He criticized it for encouraging memorising rather than real understanding.

Secular Muslim educationists also tend to agree that curriculum at most madrasas has become fossilized and it cannot be reformed by cosmetic changes, like tweaking a few courses or installing a few computers. Madrasas have to be provided with physical and intellectual resources –and, most important, cultural temperament–to equip their students for the complex demands of a highly competitive modern world.One of the most accomplished modern products of madrasas, Ebrahim Moosa avers: “Few have been able to rebut the charge that the texts used are redundant and at times impenetrable, save to a few scholars who have spent their lives mastering them. Indeed most texts are frustratingly terse, forcing teachers and students to scour commentaries and super-commentaries for help.” 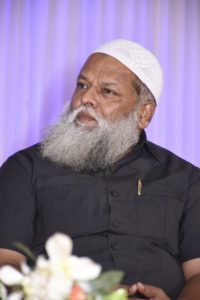 Historically, madrasas were institutions of higher learning until their importance diminished with the onset of Western education. They have played an important role in the history of Islamic civilization. They have been powerful nodes in the learning system and have been harbingers of several revolutionary achievements in fields as diverse as jurisprudence, philosophy, astronomy, science, religion, literature and medicine. It was only when the Golden Age of Islam began to decline that the madrasas lost their academic and intellectual purity, and their vitality and relevance, and ceded prime space to western-oriented education.

Qadeer has spent his active life bridging the divide between traditional and modern education. His schools teach secular subjects like science, medicine, technology, social sciences, and history, in addition to classical Islamic texts. His unique innovation is the bridge course. Those hafizs who are in the age group of 14 to17 years are enrolled in the eighth and ninth standard. They undergo a 10-month bridge course so that they can learn Kannada, English, mathematics, science and social studies. Then, they are ready to face the SSLC board. Muslim who has memorised all 6,236 verses of the Quran earns the right to be called a hafiz.

Abu Sofyan, a doctor and a product of Shaheen, proudly says he can offer both spiritual and physical healing—Dawa and Dua (medicine and prayers) to his future patients.The second year MBBS student at Raichur Institute of Medical Sciences is a ‘Hafiz’, who has memorized the Qur’an. “When I joined high school, I felt transplanted into an uncongenial soil. With great difficulty I could find my roots. But I managed to score good marks. My stay here turned out to be a life-changer,” he says. the ‘disciplined madrasa life’ helped him get good grades in pre- university and a medical college seat “I realise that the basic principles of engineering are about the wholesome study of nature that the Qur’an emphasises”, he says.

‘The experiences are not isolated. Hundreds of madrasa graduates are in mainstream colleges now. A youth with a wholesome education is less likely to go wayward. A proper understanding of the modern world and exposure to current knowledge equips youth to withstand wrong influences,” Qadeer says. “We encountered a lot of f skepticism from the ulema (clergy), but we persisted, and it paid off .Now, they have all come around as they realized we were training boys to achieve the best of both worlds “   .

Vachana Shree Patil of Shaheen College secured the third place in the Common Entrance Test in the medical stream in2016.She also stood second in the State in the Indian Systems of Medicine and Homeopathy, third in Veterinary sciences, ninth in B. Pharma and 18th in BSc.

One of the 300 eligible students in 2018 is Waheed Abdullah of Gorakhpur, Uttar Pradesh. He is a Haafiz-e-Quran and never went to a school. He got free coaching at Shaheen’s Bidar center and scored 659 out of the total 720 marks to secure All India Rank (AIR) 95..besides him  thirteen hafizs have also made the grade. At least 40 hafizs have so far cracked the entrance examination of medical and engineering during the last for years.

Azeem Qureshi’s family is another wonderful example. They belong to the butcher (Qureshi) community of Bidar. His three daughters, Ishrat Fatima, Naziya Sultana and Mehreen Fatima are alumni of Shaheen who ended up securing MBBS seats. Ishrat Fatima has done MS in Obstetrics and Gynecology and Naziya Fatima is doing her MD Pathology. Ishrath Fatima was one of the students from this course. A hafiza (a female hafiz), Ishrath moved to Shaheen and eventually went on to complete her medical specialization. She now teaches in a medical college in Jalna district in Maharashtra. “After completing my Hifz, I enrolled in Shaheen with the intention of just passing matriculation as it was thought necessary to get married.”

Madrasas and mosques are an important feature of the Muslim community and can reinforce community cohesion and integration. They can be, and have been pivotal in engendering tolerance, mutual respect and integration. To make them relevant to contemporary times we need a choreographed strategy. People like Qadeer have presented In Shaheen a model worthy of replication. Madrasas elsewhere should take a leaf out of Shaheen’s book.

It is true that more than the model it is the charisma of inspirational leaders like Qadeer that infuse institutions with vibrancy .But   these  madrasas certainly underline   that there are silver linings on the otherwise bleak educational horizon of Muslims. The lesson we must learn is that the community’s own shortcomings cannot be easily palmed off on others. 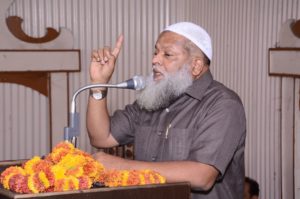 Religion, for Sir Muhammad Iqbal the great philosopher poet, was a dynamic and fluid movement; not a closed theology meant for mere imitation. Islam marked the end of prophecy, not human intelligence. Shibli Nu’mani, a renowned twentieth-century scholar from within the madrasa circles himself noted: “For us Muslims, mere English [modern] education is not sufficient, nor does the old Arabic madrasa education suffice. Our ailment requires a ‘compound panacea’ (maʿjun-i murakkab)—one portion eastern and the other western.”

Madrasas, like those run by Qadeer, can play a vital role in promoting an intellect that is well equipped to face challenges of the modern world. Since the students are schooled in classical and modern science as well as secular and religious thought, they are better able to spot scriptural distortions. They also tend to be more connected to their own communities as well as to the mainstream society and their stable sense of identity, religious and otherwise, shield them against radicalism. These madrasas are powerful allies in India’s transition to modernity.

Here is what the founders of Jamia Millia Islamia wrote for its students to sing as the official anthem:

“Here conscience alone is the beacon . . .
It’s the Mecca of many faiths,
Travelling is the credo here, pausing a sacrilege,
Cleaving against currents is the creed here,
The pleasure of arrival lies in countering crosscurrents.
This is the home of my yearnings”
This is the land of my dreams.”

Let this noble thought remain a guiding credo for every Muslim.

Anticopyright: Editorials and articles originated on TMS may be freely reprinted, disseminated, translated and used as background material, provided an acknowledgement and link to the source, TMS: A Madrasa That Promises both Heaven and Earth, is included. Thank you.