The Indian film industry is perhaps the most popular in the world with its revenues today exceeding those of Hollywood. It makes movies in several Indian languages— Assamese, Bengali, Marathi, Tamil, Telugu apart from Hindi. Today, Hindi films are popular not only in India (about 50 percent of revenues in India) but in several countries where Indian diaspora exists — USA, Canada, UK, Middle Eastern countries and even in China, Russia, Australia, New Zealand, in addition to other regions.

The first Indian film was Raja Harishchandra produced by the eminent cinematographer Dadasaheb Phalke in 1913. It was a silent film. A Tamil silent film appeared in 1916. Alam Ara was not a silent one it was the first talkie film made by Ardeshir Irani and released in 1931. Subsequently, several other talkies appeared in many Indian languages and became extremely popular with fine story lines and acting and of course with melodious dance and music.

In 1951, the Hindi film Awara (vagabond) starring the popular duo of Raj Kapoor and Nargis became popular even in Russia and the hit song Awaara hoon was on the lips of many Russians. Subsequently Raj Kapoor made and acted in many popular Hindi films with Nargis as his co-star.

In early 1970s I was a student in USA. An American friend of mine, Martín, and I saw a few Hindi films which we liked. One of his friends who was from Iran used to tell me how she enjoyed seeing Hindi films in Iran even though there were no English subtitles then. When asked how she could understand the language she mentioned that many words like kitab, gulistan, muhabbat (book, garden, love) and countless others were common in Persian and Hindi languages and so she had little difficulty in understanding the broad themes of the films.

Last year when I went to Sri Lanka I often saw Hindi songs and dances being viewed by several local people on TV even though they did not much understand the words. The reason was obvious — they loved gorgeous dance and music scenes.

Seeing old Hindi films made in 1950s, 60s and 1970s gives one an ineffable sense of joy and nostalgia. The themes of these films made in black and white, are simple — family dramas, farmers’ woes, pure love stories, two brothers separated in their childhood and reunited later, and other themes that have an emotional appeal especially for elderly people. There are no stunts or few scenes of violence in these films.

Indian music has generally been of a different genre from Western music with musicians playing different instruments and different melodies. One of the most well-known modern musicians has been Ravi Shankar who mesmerized the world with his Sitar.

Bismillah Khan won many awards including the highest Indian Bharat Ratna award before his death in 2006 by playing the Shehnai (a type of flute). Hari Prasad Chaurasia (on flute) and Zakir Hussain (on tabla) are other well-known modern Indian musicians who have enriched classical Indian music. These and other musicians have not only been excellent musicians themselves, they have also created their gharanas or schools so that their genre of music continues to evolve by their shagirds (students). 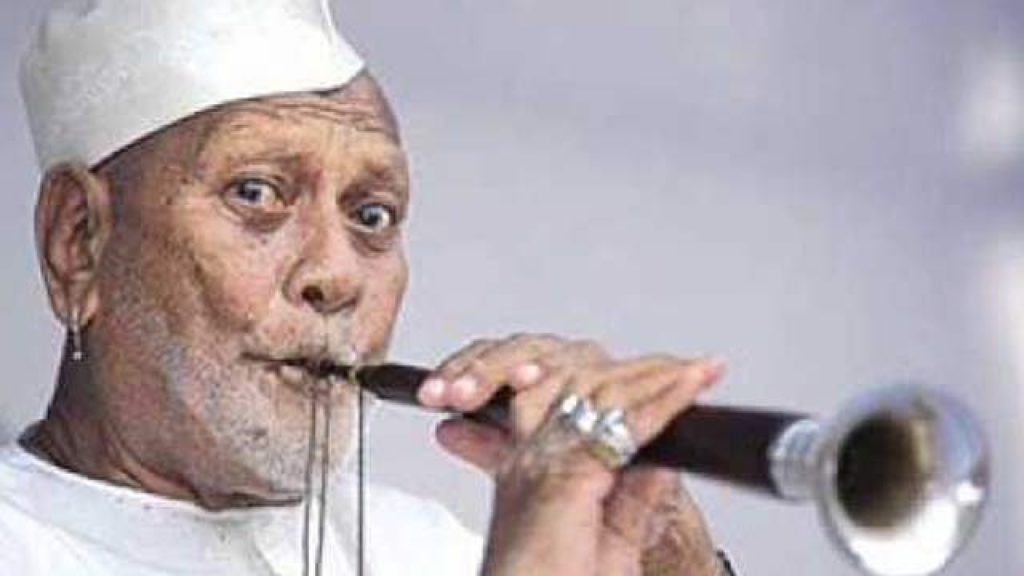 There are usually enchanting scenes of rivers, jungles, mountains or palaces or forts around which the film stories are woven. These are not only beautiful to behold but have educational value. The songs — and most Hindi films have beautiful and lilting songs that give a person joy and pleasure. Many of these songs have words that convey the harmony of nature; clouds playing hide and seek with the moon; lovers singing about the loneliness of their lives and hoping to join the majesty of a night sky full of stars.

A song “Pancchi banoo, udti phiroon mast Gagan mein … (let me be a bird that can fly around in the hills and the clouds ..)” sung by the evergreen actress Nargis in the film Chori Chori, has not only these fascinating words, but also exhibits beautiful scenery of clouds, hills and birds that makes this song unforgettable and pleasurable however many times one watches it today on YouTube .

Then there are Indian classical music songs picturized on some ancient vocalists like Tansen and Haridas (in the court of the ancient Mughal king Akbar). These songs are rendered so soulfully by the actors that one feels that one is really listening to those legendary singers.

One can add many other films that provide pleasure, harmony and wisdom of ancient bygone times. One film made by a Jewish filmmaker Sohrab Modi who made and acted in many historical films, including an interesting film on the advance of Alexander’s army into India and his encounter with the king Porus played by Modi himself. Many contemporary films are shot in overseas locations — England, France, Netherlands Switzerland, USA, Canada etc. and these films become popular for their romantic stories and touristic attractions.

Another internationally known film director was Satyajit Ray (1921-1992) who produced, directed and wrote screen plays of many Bengali films. The trilogy of films that he directed — Pather Panchali (in 1955), Aparajito (1956) and Apur Sansar (1959) were beautiful films made around an innocent young child that depicts his life in a sympathetic and loving manner. No wonder Ray got several international film awards including the prestigious Cannes film award in 1956 for Pather Panchali. He was also awarded the highest Indian civilian award Bharat Ratna.

But in a contemporary world where there is violence and tension between India and its neighbour Pakistan, a recent film named Bajrangi Bhaijan became a super hit film not only in India but also across the border. The film was about a mute Pakistani child who accidentally strayed into Indian territory and how the hero (a devout Hindu) is able to return the child to her parents in Pakistan. The movie did more to advance a peaceful environment between the two countries than regular political dialogues.

The Indian film industry is a vibrant one that entertains, educates and enthralls with several outstanding films. Let us hope it keeps on its exciting path for cinema lovers in many parts of the world.

Anticopyright: Editorials and articles originated on TMS may be freely reprinted, disseminated, translated and used as background material, provided an acknowledgement and link to the source, TMS: Films from India: Music, Dance, Entertainment, Nostalgia, is included. Thank you.