China’s “Golem Babies”: There Is another Agenda 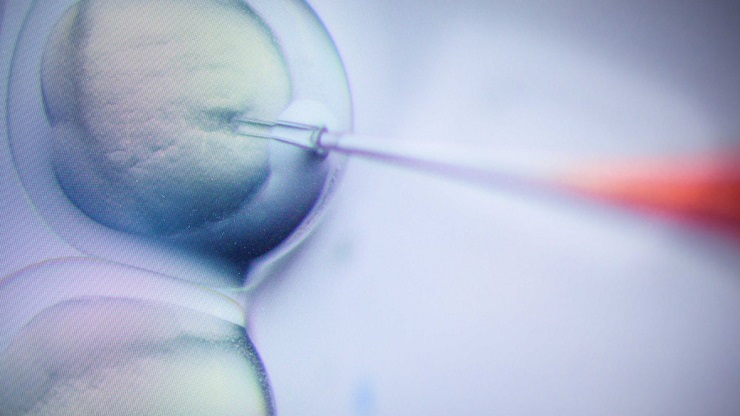 The shocking news that a team of scientists working in China have managed to gene-edit the DNA of recently-born human twins to allegedly make them genetically immune to a HIV infection is more than bizarre and irresponsible. It suggests that certain researchers are making dangerous experiments to create ultimately the eugenics master dream—custom-designed humans. I call them Golem babies because when technology begins cutting and splicing the human DNA without certitude that the result will be stable or healthy to the human species it is not healthy.

6 Dec 2018 – In medieval and ancient Jewish folklore a Golem is a being that is magically created entirely from inanimate matter such as mud. Golems have no soul. Similarly, the China experiment that claims the “first successful genetically modified humans,” when we go behind the surface stories, is alarming in the extreme.

First of all the public story retailed by Chinese media and by the researcher, Chinese Professor He Jiankui, a Stanford University post-doctoral research graduate, doesn’t ring honest. He, who is professor at Southern University of Science and Technology, claimed at a Human Genome Editing conference in Hong Kong on November 28, and on YouTube, that he had successfully modified two embryos produced from the sperm of an HIV-positive donor and implanted them in a healthy mother, who gave birth to twin girls earlier this month. He used the most common “gene-editing” tool, CRISPR-cas9, to deactivate a gene called CCR5 that acts as a ‘doorway’ to allow the HIV virus to enter a cell. He basically claimed to have created the world’s first gene-edited humans, and announced that a second woman was pregnant with another of his gene-edited embryos.

Other scientists have severely criticized He for engaging in the human gene altering experiments. What He claims he did, to alter the DNA of human embryos, known as germ line gene editing, means the changes in those genes could be passed on and inherited by the next generations. Moreover, as several scientists involved in developing CRISPR have warned, He is in fact changing the human gene pool.

“We may not be able to see the impact of this until several generations later,” said Dennis Lo Yuk-ming, chairman of Chinese University’s Department of Chemical Pathology.

The scientist who first suggested developing gene drives in gene editing, Harvard biologist Kevin Esvelt, has publicly warned that development of gene editing, in conjunction with gene drive technologies, have alarming potential to go awry. He notes how often CRISPR messes up and the likelihood of mutations arising, making even benign gene drives aggressive. He stresses,

“Just a few engineered organisms could irrevocably alter an ecosystem.”

Esvelt’s computer gene drive simulations calculated that a resulting edited gene, “can spread to 99 percent of a population in as few as 10 generations, and persist for more than 200 generations.” Esvelt was discussing gene editing of mosquitoes. Now we are moving on to gene editing of human embryos.

Adding to the drama, at the Hong Kong gene editing conference where He proudly announced his results for the first time, Professor He refused to answer questions as to who paid for his work, or why he kept his work secret until after it was done. Chinese officials claim they had no knowledge of He’s project. There has been no independent confirmation of He’s claim, nor has he yet published in any scientific peer-reviewed journal on it.

Read More: Is Gene Editing the New Name for Eugenics?

Adding to the questions around the case, Dr Michael Deem, a bio-engineering professor at the esteemed Texas Rice University, has been revealed to have worked on the gene-editing project using humans together with He. He Jiankui got his PhD at Rice in 2010 and that year began co-authoring scientific papers with Deem. Deem also reportedly has a financial interest in two gene-editing companies that the enterprising He has set up in China. Dr. Deem, who also receives research money from the US government National Institutes of Health, did not inform Rice University of his involvement in what under current US law is illegal.

He has in the meantime been ordered to stop his human experiments with gene-editing, pending a government investigation. He declared that Chinese law, which is apparently vague on the issue, does not prohibit gene-editing with human subjects.

What is clear is that, as in many areas, China sees itself in a technology race with the West. As part of the 10 development priorities of its ambitious Made in China 2025 strategy, the government lists “Biotechnology” as a priority area.

Unfortunately, the government does not exclude proven harmful biotech areas such as Genetically Manipulated Organisms or GMOs. In 2017 the state-owned ChemChina took over the Swiss-based Syngenta, the world’s largest agri-chemical producer, and third largest in GMO seed patents. In the area of toxic plant herbicide, glyphosate, designated by an WHO agency a “probable carcinogen,” Chinese companies make up far the world’s largest producers. In 2017, the global glyphosate production capacity was 1,065,000 tons. Of that was 380,000 tons by Monsanto and 685,000 tons of Chinese enterprises.

Now it appears that China is moving to become world leader in gene-editing. In January the US National Science Foundation released its annual report, Science and Engineering Indicators: 2018 report. It noted that while the USA till led in science and technology development, that “the US global share of S&T activities is declining as other nations — especially China — continue to rise.” Gene editing and Artificial Intelligence were two areas of rapid Chinese development they cited.

What is not yet clear is whether certain US Government agencies such as the National Institutes of Health which funds Deem at Rice is quietly funding the He human gene-editing projects, taking advantage of the lax regulatory regime there. Or whether the spooky Pentagon research arm, DARPA, is involved.

As I noted in a previous article, DARPA’s “Insect Allies” program “aims to disperse infectious genetically modified viruses that have been engineered to edit crop chromosomes directly in fields.” This is known as “horizontal inheritance” as opposed to the dominant vertical method of GMO alteration that make laboratory-generated modifications into target species’ chromosomes to create GMO plant varieties. The genetic alterations to the crops would be carried out by “insect-based dispersion” in free nature.

A group of European scientists strongly criticized the DARPA gene-editing Insect Allies project. They noted that no compelling reasons have been presented by DARPA for the use of insects as an uncontrolled means of dispersing synthetic viruses into the environment. Furthermore, they argue that the Insect Allies Program could be more easily used for biological warfare than for routine agricultural use.

“It is very much easier to kill or sterilize a plant using gene editing than it is to make it herbicide or insect-resistant,” according to Guy Reeves.

At this point it seems that the Chinese government is taking steps to rein in the rogue professor He and his research. What is not clear however, is whether this is cosmetic in an attempt to diffuse enormous criticism of the He human gene-editing. Earlier this year the Wall Street Journal reported that according to review of Chinese scientific journal articles, since 2015 at least 86 people have been subject of gene-editing experiments. They reported that in 2015 it began when 36 patients with kidney, lung, liver and throat cancers had cells removed that allowed were then gene-edited ad replanted in the human bodies to supposedly combat their cancer. The newspaper noted that none of the clinical trials have been formally published.

The entire field of gene-editing as with the Genome Project and GMO patented seeds, is a decades-long dream of some very influential actors such as the Rockefeller family and Bill Gates in what is called eugenics. The effort is based on fatally-flawed scientific reductionism that claims that the complexity of life can be reduced to a single gene that in turn can be modified at will.

In a recent post on the flaws of gene-editing, namely the assertion that thousands of diseases are caused by malfunction of one gene, a hypothesis yet to be proven, researcher Jon Rappoport, who sees gene-editing as “part and parcel of the trans-human agenda,” quotes Gregory Stock, former director of the program in Medicine, Technology, and Society at the UCLA School of Medicine:

Even if half the world’s species were lost [during genetic experiments], enormous diversity would still remain. When those in the distant future look back on this period of history, they will likely see it not as the era when the natural environment was impoverished, but as the age when a plethora of new forms—some biological, some technological, some a combination of the two—burst onto the scene.

Scientists, including some of the original inventors of gene-editing technologies, who call for a world moratorium on gene drives and gene-editing until the science can be conclusively proven safe, perhaps gain the ear of the world after the shocking Chinese human gene-editing reports. Something that Bill Gates and DARPA back can’t be “all good.” In the classic Golem fable, much like Dr. Frankenstein’s monster, the rabbi had to resort to trickery to deactivate it, whereupon it crumbled upon its creator and crushed him. Gene-editing of humans has eerie echoes of that Golem myth.

F. William Engdahl is strategic risk consultant and lecturer. He holds a degree in politics from Princeton University and is a best-selling author on oil and geopolitics.