Whose Child Is This? 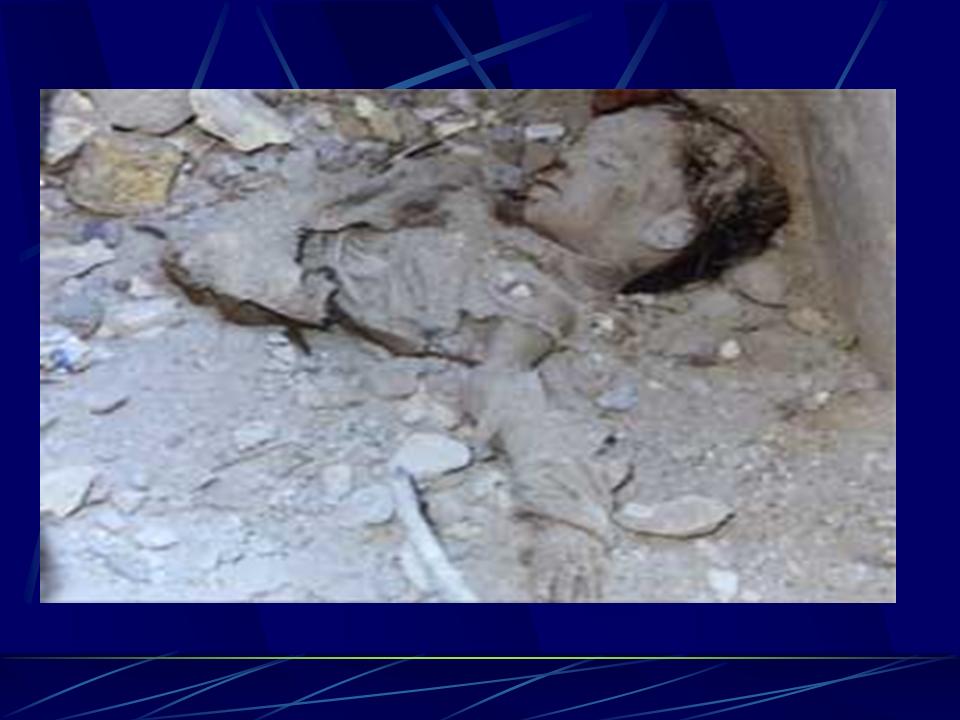 Is this child not a human being born of a union of a man and woman whose intimacy, whose passion, whose very breathe yielded a life that sought only to live . . . to enjoy some moments of laughter and delight, some moments of comfort and calm . . . to make yet another life.

Now this child rests amidst the dust and debris of war . . . lifeless . . . torn and shattered . . . killed by someone whom she or he never knew, and would likely never meet.  Death from a distance. . . a bomb from a plane, a shell from a mortar, a strap of explosives . . .  intentional and willing, calculated and planned, a measured effort to destroy.

The Source:  an agent of death and destruction, a pilot or soldier, an insurgent or terrorist . . . does it matter? They have killed their own child . . . they have killed our child.  And in doing so, they have diminished each of us as human beings, each of us as creatures of consciousness and conscience, each of us as reflections and carriers of life.  Words cannot console her or his parents, if they, indeed, survived this horror. They are left with only endless pain . . . memories of a child eating, sleeping, playing . . . a reminder of a tragic moment inscribed in mortar and blood.

Enough!  Enough!  Stand, speak, write, act against those who advocate violence and hate no matter the source — be they presidents, prime ministers, generals, terrorists, mullahs, rabbis, dictators, ministers, true believers . . .  tell them that we do not share their quest for power and greed.   Tell them we do not share their hate, nor their blindness and indifference to suffering.  Tell them we do not share their empty post-tragedy rhetoric designed to keep us mired in the fulfillment of their selfish needs. We are not pacified and contented by their explanations and assurances. We challenge and contest their motives!  We resent and resist their excuses. How shallow their words in the face of dying or dead child.

But we are not too late to affirm to all living children that we will try to protect you, to guard you, and to shelter you from the terror of war and violence, and from an untimely, painful, and meaningless death, by choosing peace over war, compassion over violence, voice over silence, and conscience over comfort.

Note:  I first wrote this brief appeal in July, 2005, following a conference in Savannah, Georgia, in which Dr. Amer Hosin shared photos of death and suffering in the Middle East.  I emailed this appeal in the December holiday season, when the poignant holiday carol, “What child is this?” is played endlessly on radio and television, testimony to Christian faith, but indirectly testimony to the consequences of violence against children, and the reality our hope for recovery and redemption reside in children – all children!

Today, as I viewed the now iconic photo of the stalwart Syrian boy, covered in dust, his mind and body shattered by bombs he could never fathom, and I recalled the iconic photo of the naked Vietnamese girl escaping napalm.  I decided I must share this appeal today.  It is upon all of us. What can we do to stop the destruction of life? What can we do end the reflexive response of violence and hate toward those we deem enemies.

I say to you, I plead with you now: “Hate begets violence, and violence begets hate, and always innocents become the victims.” We use the word “hate” daily, casually expressing our so often disgust or revulsion with something as benign as broccoli, or an athletic team.  “I hate __________!

The powerful emotion of “hate” has escaped our conscious awareness! We “hate” too much, too often, too easily; the consequences of the word and the behaviors it implies are lost to us.  Ask: Do I have a right to “hate?” Is “hate” a choice? What do I mean when I say I “hate”!  Stare at the image of a dead Iraqi child? Embed the image of the struggling shocked Syrian boy in your mind. Make room for it!  It is more important than so many other images you hold. Ask: Whose child is this? He or she is your child! If you deny this reality, then await the day the face returns to remind you of your failure, to haunt your minds as you look at your child.

Anticopyright: Editorials and articles originated on TMS may be freely reprinted, disseminated, translated and used as background material, provided an acknowledgement and link to the source, TMS: Whose Child Is This?, is included. Thank you.

One Response to “Whose Child Is This?”