Washington Has Appointed a President for Venezuela

23 Jan 2018 – After listening since 2016 to the American presstitutes complain, without providing a mere scrap of evidence, of Russia meddling in US elections, a person would think that the last thing Washington would do would be to meddle in other countries’ elections.

Clearly, Gaido is in Washington’s pocket or Washington would not have chosen him. 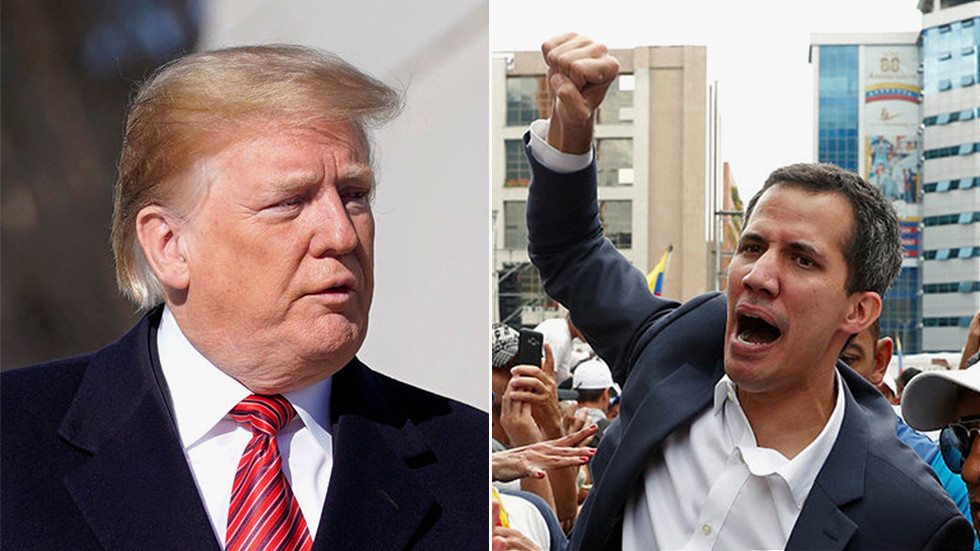 Maduro, like Chavez before him, has committed the unpardonable crime of representing the Venezuelan people instead of American corporate and financial interests. Washington simply does not tolerate Latin American governments that represent Latin American people. As US Marine General Smedley Buttler said, he and his Marines made Latin America safe for the United Fruit Company and investments by US banks.

So, now Venezuela has two presidents. One elected by the people, and one appointed by Washington. How long before Washington does this to Russia, China, Iran, Syria, Turkey, India?

Washington managed to frame and remove from power the female reformist president of Argentina and to replace her with a right-wing Washington puppet.

Washington managed to frame, remove from power, and imprison the leaders of the reformist party in Brazil and to install a right-wing Washington puppet.

Washington managed to dispose of the reformist government in Ecuador, install a Washington puppet, and use him against Julian Assange.

Washington interferred in the French election by framing the likely socialist candidate, Dominique Strauss-Kahn on a bogus rape charge that fell apart after removing Strauss-Kahn from contention.

The American leftwing blames Washington for the overthrow of the Allende government in Chile, although my views on this are different. Nevertheless, the claim fits the pattern.

The reformist government in Bolivia is also under Washington pressure.

Somehow, the rest of the world does not become outraged by Washington’s massive interference in the political affairs of other countries. Even Russia’s Vladimir Putin accepts Washington’s interferrence in Russian elections and Ukraine’s elections. Washington’s bullying, like Israel’s bullying, is somehow acceptable to countries that are far too powerful to have to accept it.

Russia was in line for an airbase in Venezuela. Under the guise of guarding the air base, Russia could station a regiment of crack troops to guard Maduro while he arrests the obviously treasonous Juan Guaido and his entire political party that serves Washington, not Venezuela. How can Maduro govern when he is surrounded by traitors loyal to Washington?

China also has ties to Venezuela and could send crack troops to protect its investments.

When Chavez was elected president, Washington used the old Washington-allied Spanish Venezuelan elite, who still control the Venezuelan media, to overthrow Chavez. But before Washington could kill Chavez, the Venezuelan military and people intervened and forced Chavez’s release and reinstatement as President. Instead of arresting the traitors, Chavez left them be, and now they have poisoned the situation for Chavez’s successor.

As long as Latin American or any reformers fail to understand that Karl Marx was correct that there can be no reforms, no revolution, no improvement for ordinary people as long as the old order is left in place, Washington, not Latin Americans, will control Latin America.

One Response to “Washington Has Appointed a President for Venezuela”