India has much diversity — cultural, linguistic, geographic, religious, political and even from the point of cuisine — the food eaten. With its vast coastline and Himalayas, India has the world’s coldest, hottest and rainiest places. The country has all the prominent world religions in addition to the small faiths such as Parsee, Bahaai, Brahmo Samaj, Arya Samaj, Dev Samaj etc. With several regions having different climates, the crops grown also vary from region to region. Wheat growing in colder regions of the North, rice being the principal crop in South India and vast varieties of fish found in the large Indian coastline, determine the Indian cuisine and people’s liking for particular foods.

Linguistically, India has 22 official languages including Hindi and English. Hindi, as well as its many dialects, has the largest number of speakers and English is being widely used in judiciary, parliament, science and technology, education, etc. In addition to these official languages, there is a countless number of small languages spoken by the tribal people as well as in certain states. Many of these small languages are facing the risk of becoming extinct over time. 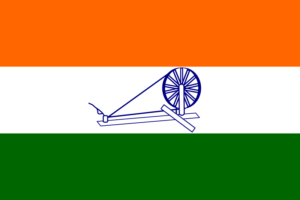 One wonders why these relatively smaller languages are being learnt by students; and the answer often is “We want to become interpreters”. When a person becomes slightly confused by this answer, students explain that there are many people who do not speak the International English language and therefore require interpretation when they arrive in India or work in companies such as the several manufacturers of cars, household products and gadgets that Japan or Korea produce in India.

Are there other opportunities for interpreters of smaller languages? Yes — in the unlikely hospital sector. Several Indian hospitals boast of high quality Doctors and excellent medical facilities apart from the trained nurses who are appreciated and lauded not only in India but many overseas hospitals. The expenses for Indian medical facilities in terms of US Dollars are relatively lower than in most western hospitals with comparable facilities.

Patients are arriving from not only bigger countries but even smaller ones — Afghanistan, Iran, Dubai and Sri Lanka among others. Conversation between doctors, medical staff becomes so much easier and effective if interpretation facilities are available. Occasionally nurses who have worked overseas and have acquired some basic language of those countries, can easily converse with patients from those nations. A patient feels so much happier when he finds a nurse who can nurse him in his own language.

There are of course several reasons for learning foreign tongues. Many parts of India, especially northern, were under Mughal occupation for several centuries before Britain colonized India for about two centuries. The official language of the Mughal courts was Persian. Many manuscripts and books were written in this language and there were a few Muslim scholars who knew not only local Indian languages but also Persian and Sanskrit languages.

These scholars translated some Indian epics — Mahabharata, Vedas and Upanishads from Sanskrit into Persian. The Persian texts travelled to Persia (Iran) and neighboring countries from where they were translated further into German, Latin and French. The well-known German Scholar, Max Mueller acquired knowledge of these Sanskrit texts that were a source of acquiring knowledge systems — scholarship, philosophy and tenets of Hinduism from these translations. A great scholarly interplay occurred between western and Indian philosophies. Panini the outstanding Sanskrit grammarian became a familiar figure among western philosophers and linguists thereby helping them to create tenets of linguistic tools in their respective languages.

As people moved from one part of the world to another for trade, for exchange of religious ideas and for colonizing various lands in different continents of the world, cultures, ideologies and languages also were exchanged and affected. We know of the old Silk Route that emanated from China and traversed several regions of northern Himalaya, central Asia, East Africa, and parts of Southern Europe for trade, for cultural exchanges that also resulted in linguistic effects. This has given rise to language groups such as Indo-European, Indo-Persian to name a few.

Today there are hundreds of common words between Persian and Hindi (Urdu) languages. Interestingly, the Persian language has many French words also. Words such as the names of months, restaurant, department, lycee etc. are commonly used in Iran. So is the word MERCI (Thank you).

Merci for reading my longish article.

Anticopyright: Editorials and articles originated on TMS may be freely reprinted, disseminated, translated and used as background material, provided an acknowledgement and link to the source, TMS: Learning Foreign Languages in India, is included. Thank you.