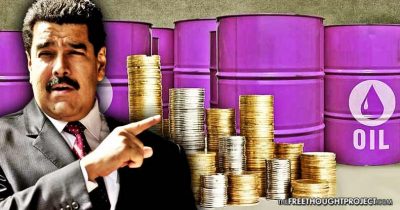 30 Jan 2019 – The fact that for America the issue in Venezuela is oil, not democracy, will surprise only those who watch the news and ignore history. Venezuela has the world’s largest oil reserves on the planet.

America seeks control of Venezuela because it sits atop the strategic intersection of the Caribbean, South and Central American worlds. Control of the nation, has always been a remarkably effective way to project power into these three regions and beyond.

From the first moment Hugo Chavez took office, the United States has been trying to overthrow Venezuela’s socialist movement by using sanctions, coup attempts, and funding the opposition parties. After all, there is nothing more undemocratic than a coup d’état. 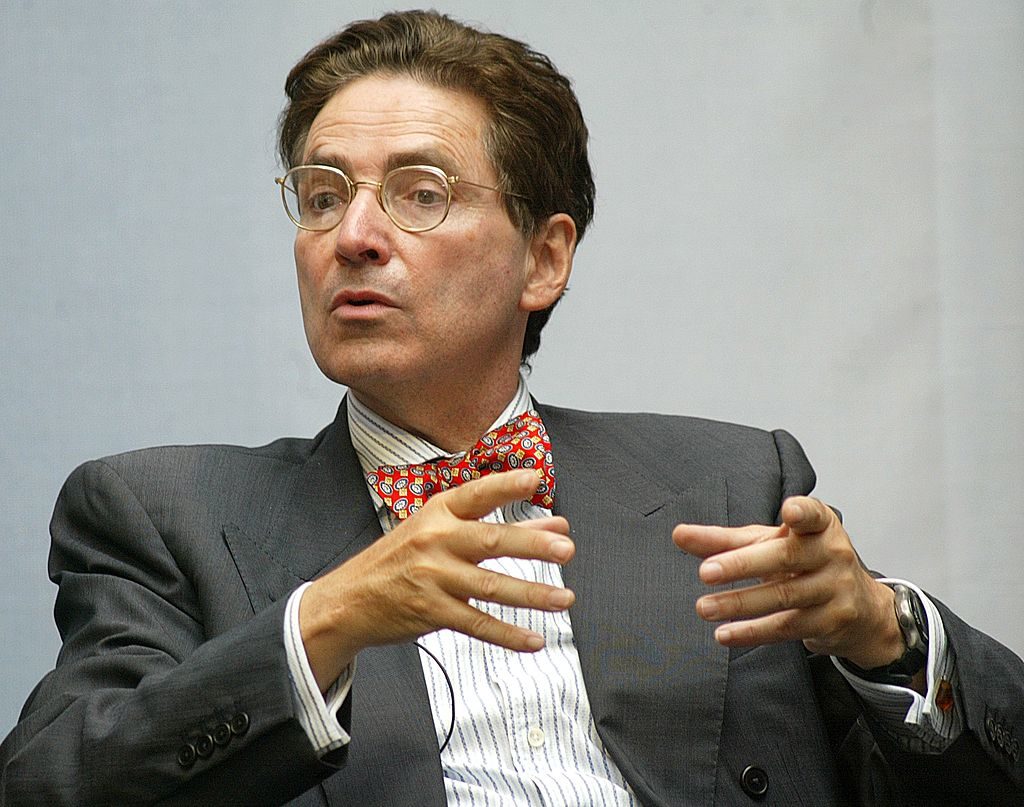 Over the past five years, American sanctions have cut Venezuela off from most financial markets, which have caused local oil production to plummet. Consequently, Venezuela has experienced the largest decline in living standards of any country in recorded Latin American history.

Prior to American sanctions, socialism in Venezuela had reduced inequality and poverty whilst pensions expanded. During the same time period in America, it has been the absolute reverse. President Chavez funnelled Venezuela’s oil revenues into social spending such as free+6 healthcare, education, subsidized food networks, and housing construction.

In order to fully understand why America is waging economic war on the people of Venezuela one must analyse the historical relationship between the petrodollar system and Sanctions of Mass Destruction: Prior to the 20th century, the value of money was tied to gold. When banks lent money they were constrained by the size of their gold reserves. But in 1971, U.S. President Richard Nixon took the country off the gold standard. Nixon and Saudi Arabia came to an Oil For Dollars agreement that would change the course of history and become the root cause of countless wars for oil. Under this petrodollar agreement the only currency that Saudi Arabia could sell its oil in was the US dollar. The Saudi Kingdom would in turn ensure that its oil profits flow back into U.S. government treasuries and American banks.

It was the start of something truly great for America. Access to oil defined 20th-century empires and the petrodollar agreement was the key to the ascendancy of the United States as the world’s sole superpower. America’s war machine runs on, is funded by, and exists in protection of oil.

Threats by any nation to undermine the petrodollar system are viewed by Washington as tantamount to a declaration of war against the United States of America.

Within the last two decades Iraq, Iran, Libya and Venezuela have all threatened to sell their oil in other currencies. Consequently, they have all been subject to crippling U.S. sanctions.

Over time the petrodollar system spread beyond oil and the U.S. dollar slowly but surely became the reserve currency for global trades in most commodities and goods. This system allows America to maintain its position of dominance as the world’s only superpower, despite being a staggering $23 trillion in debt.

With billions of dollars worth of minerals in the ground and with the world’s largest oil reserves, Venezuela should not only be wealthy, but her people the envy of the developing world. But the nation is essentially broke because American sanctions have cut them off from the international financial system and cost the economy $6 billion over the last five years. Without sanctions, Venezuela could recover easily by collateralizing some of its abundant resources or its $8 billion of gold reserves, in order to get the loans necessary to kick-start their economy.

In order to fully understand the insidious nature of the Venezuelan crisis, it is necessary to understand the genesis of economic sanctions. At the height of World War Two, President Truman issued an order for American bombers to drop “Fat Man” and “Little Boy” on the cities of Hiroshima and Nagasaki, killing 140,000 people instantly. The gruesome images that emerged from the rubble were broadcast through television sets across the world and caused unprecedented outrage. The political backlash forced U.S. policy makers to devise a more subtle weapon of mass destruction: economic sanctions.

“atomic explosive weapons, radioactive material weapons, lethal chemical and biological weapons, and any weapons developed in the future which have characteristics comparable in destructive effect to those of the atomic bomb or other weapons mentioned above”.

In 2001, the U.S. administration told us that Iraq had weapons of mass destruction; Iraq was a terrorist state; Iraq was tied to Al Qaeda. It all amounted to nothing. In fact, America already knew that the only weapons of mass destruction that Saddam had were not nuclear in nature, but rather chemical and biological. The only reason they knew this in advance was because America sold the weapons to Saddam to use on Iran in 1991.

What the U.S. administration did not tell us was that Saddam Hussein used to be a strong ally of the United States.  The main reason for toppling Saddam and putting sanctions on the people of Iraq was the fact that Iraq had ditched the Dollar-for-Oil sales. 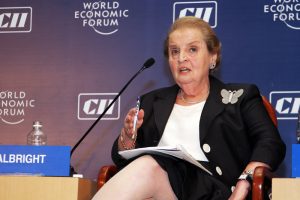 The United Nations estimates that 1.7 million Iraqis died due to Bill Clinton’s sanctions; 500,000 of whom were children. In 1996, a journalist asked former U.S. Secretary of State, Madeleine Albright, about these UN reports, specifically about the children. America’s top foreign policy official, Albright, replied:

“I think this is a very hard choice, but the price – we think the price is worth it.”

Clearly, U.S. sanctions policies are nothing short of state-sanctioned genocide.

Over the last five years, sanctions have caused Venezuelan per capita incomes to drop by 40 percent, which is a decline similar to that of war torn Iraq and Syria at the height of their armed conflicts. Millions of Venezuelans have had to flee the country. If America is so concerned about refugees, Trump should stop furthering disastrous foreign policies that actually create them. Under Chavez, Venezuela had a policy of welcoming refugees. President Chavez turned Venezuela into the wealthiest society in Latin America with the best income equality.

Another much vilified leader who used oil wealth to enrich his people, only to be put under severe sanctions, is Muammar Gaddafi. In 1967 Colonel Gaddafi inherited one of the poorest nations in Africa; however, by the time he was assassinated, Gaddafi had turned Libya into Africa’s wealthiest nation. Perhaps, Gaddafi’s greatest crime, in the eyes of NATO, was his quest to quit selling Libyan oil in U.S. Dollars and denominate crude sales in a new gold backed common African currency. In fact, in August 2011, President Obama confiscated $30 billion from Libya’s Central Bank, which Gaddafi had earmarked for the establishment of an African Central Bank and the African gold-backed Dinar currency.

Africa has the fastest growing oil industry in the world and oil sales in a common African currency would have been especially devastating for the American dollar, the U.S. economy, and particularly the elite in charge of the petrodollar system.

It is for this reason that President Clinton signed the now infamous Iran-Libya Sanctions Act, which the United Nations Children’s Fund said caused widespread suffering among civilians by “severely limiting supplies of fuel, access to cash, and the means of replenishing stocks of food and essential medications.” Clearly, U.S. sanctions are weapons of mass destruction.

Not so long ago, Iraq and Libya were the two most modern and secular states in the Middle East and North Africa, with the highest regional standards of living. Nowadays, U.S. Military intervention and economic sanctions have turned Libya and Iraq into two of the world’s most failed nations.

“They want to seize Libya’s oil and they care nothing about the lives of the Libyan people,” remarked Chavez during the Western intervention in Libya in 2011.

In September 2017, President Maduro made good on Chavez’s promise to list oil sales in Yuan rather than the US dollar. Weeks later Trump signed a round of crippling sanctions on the people of Venezuela.

“President Trump stated that all options are on the table”.

America’s media is unquestionably the most corrupt institution in America. The nation’s media may quibble about Trump’s domestic policies but when it comes to starting wars for oil abroad they sing in remarkable unison. Fox News, CNN and the New York Times all cheered the nation into war in Iraq over fictitious weapons of mass destruction, whilst America was actually using sanctions of mass destruction on the Iraqi people. They did it in Libya and now they are doing it again in Venezuela. Democracy and freedom have always been the smoke screen in front of capitalist expansion for oil, and the Western Media owns the smoke machine. Economic warfare has long since been under way against Venezuela but military warfare is now imminent.

Trump just hired Elliot Abrams as U.S. Special Envoy for Venezuela, who has a long and torrid history in Latin America. Abrams pleaded guilty to lying to Congress about the Iran Contra affair, which involved America funding deadly communist rebels, and was the worst scandal in the Reagan Era. Abrams was later pardoned by George Bush Senior. America’s new point man on Venezuela also lied about the largest mass killing in recent Latin American history by U.S. trained forces in El Salvador.

There is nothing more undemocratic than a coup d’état. A UN Human Rights Council Rapporteur, Alfred de Zayas, pointed out that America’s aim in Venezuela is to “crush this government and bring in a neoliberal government that is going to privatise everything and is going to sell out, a lot of transitional corporations stand to gain enormous profits and the United States is driven by the transnational corporations.”

Ever since 1980, the United States has steadily devolved from the status of the world’s top creditor country to the world’s most indebted country. But thanks to the petrodollar system’s huge global artificial demand for U.S. dollars, America can continue exponential military expansion, record breaking deficits and unrestrained spending.

Garikai Chengu is an Ancient African historian. He has been a scholar at Harvard, Stanford and Columbia University. Contact him on garikai.chengu@gmail.com