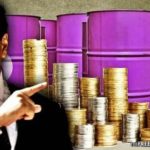 30 Jan 2019 – The fact that for USA the issue in Venezuela is oil, not democracy, will surprise only those who watch the news and ignore history. Venezuela has the world’s largest oil reserves on the planet. North American economic sanctions have been the worst crime against humanity since WW II. USA’s economic sanctions have killed more innocent people than all of the nuclear, biological and chemical weapons ever used in the history of mankind. 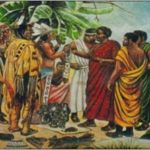 Contrary to popular belief, African American history did not start with slavery in the New World. An overwhelming body of new evidence is emerging which proves that Africans had frequently sailed across the Atlantic to the Americas, thousands of years before Columbus and indeed before Christ. The great ancient civilizations of Egypt and West Africa traveled to the Americas, contributing immensely to early American civilization by importing the art of pyramid building, political systems and religious practices as well as mathematics, writing and a sophisticated calendar.

19 October, 2014 – This week marks the three-year anniversary of the Western-backed assassination of Libya’s former president, Muammar Gaddafi, and the fall of one of Africa’s greatest nations.