Fukushima at Eight: Ongoing Cover-Up of the Nuclear Hazards in Japan and Abroad

“The unleashed power of the atom has changed everything save our modes of thinking and we thus drift toward unparalleled catastrophe.”
– Albert Einstein 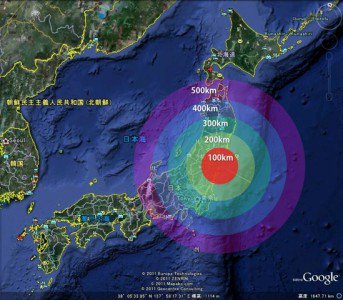 As of November 2018, 18,434 people are known to have died from the March 11, 2011 earthquake and the follow-up tsunami which struck the nuclear facility leading to the inundation of electric generators powering the circulation of coolant in the reactors. When the generators failed, three units experienced catastrophic meltdowns. [1]

Radioactive water has for years now been draining into the Pacific Ocean. Toxic debris spewed into the Earth’s atmosphere. More than 73,000 people remain evacuated and fully 3,600 die from causes like illness and suicide linked to the aftermath of the event. [2]

Listen to the Show

The group Simplyinfo.org has been undertaking extensive ongoing research and analysis of the Fukushima disaster and its aftereffects. In its recently released annual report, Simplyinfo presented a number of astonishing and grim revelations.

The report estimated the threat of radioactive microparticles created by the meltdowns as possibly “the single largest ongoing risk to public health from the Fukushima disaster.” According to the research, these pieces of material from the nuclear fuel meltdowns are small enough to be inhaled or ingested and lodge in major organs of the human body where they continually irradiate cancer-causing levels of radiation, making them much more hazardous than the external sources of radiation being monitored by health authorities. [3]

The report also highlighted startling instances of negligence and cover-up. One notable example was the case of Dr. Shunichi Yamashita. He had downplayed the health risks in public meetings, but was discovered through an internal memo retrieved from an ‘off-site center’ set up as a central commend for the disaster to have warned of ‘a serious possibility of thyroid damage to children in the region.’ [4]

As the radioactive contamination continues to be a concern the Japanese government of Shinzō Abe is inviting the world to visit Tokyo for the 2020 Olympics. The authorities are maintaining that the situation has been contained. Officials have decided to have the city of Fukushima host baseball and softball games, and are even having the iconic torch run start in Fukushima. [5]

Efforts to normalize life in Fukushima 8 years after the meltdowns appear to be successful if trends in media consumption are any indication. Articles marking the anniversary were eclipsed by other breaking stories.[6]

This week’s instalment of the Global Research News Hour strives to impress on our listenership that the Fukushima event, if it does not constitute an extinction level event, it is certainly an ongoing health and environmental hazard deserving of at least a portion of the public attention currently directed to climate change.

Dr. Helen Caldicott appears in the first half hour of our program. She collaborated with other experts to provide a one of a kind volume detailing the medical and ecological costs of the Fukushima catastrophe. She returns to the program to update listeners on what is known about the ongoing health dangers, the lack of transparency around the casualties, and the extent of the suppression and misrepresentation of the truth by the Japanese government, the International Atomic Energy Agency, the World Health Organization and the media.

We next hear from Arnie Gundersen of Fairewinds Energy Education. The nuclear industry watchdog shares his understanding of the spread of nuclear contamination at Fukushima, the Japanese government’s bid to distract the public with heavy investment in and promotion of the 2020 Olympics, and the general tendency of governments and regulators to put the health of the industry above the safety of the public. He also addresses some of the background of the Three Mile Island incident which took place 40 years ago this month in Pennsylvania, near Harrisburg.

Dr. Helen Caldicott is a physician and co-founder of Physicians for Social Responsibility. She is a nominee for the Nobel Peace Prize, the recipient of the 2003 Lannan Prize for Cultural Freedom, and author or editor of several books including Nuclear Madness: What You Can Do (1979), If You Love This Planet: A Plan to Heal The Earth (1992), The New Nuclear Danger: George W. Bush’s Military-Industrial Complex(2001), and Crisis Without End -The Medical and Ecological Consequences of the Fukushima Nuclear Catastrophe (2014).

Arnie Gundersen is one of the directors of Fairewinds Energy Education, an information hub showcasing over 200 videos, numerous podcasts and newsletters detailing relating to nuclear energy and the entire power production paradigm. Gundersen is a nuclear engineer with over 45 years of experience in the industry. He holds a nuclear safety patent, was a licensed reactor operator, and has coordinated projects at 70 nuclear power plants in the US. He co-authored with Maggie Gundersen and barrister Reiko Okazaki the 2012 book  Fukushima Daiichi: Truth And The Way Forward, which became a Japanese best-seller. His organization’s website is fairewinds.org.