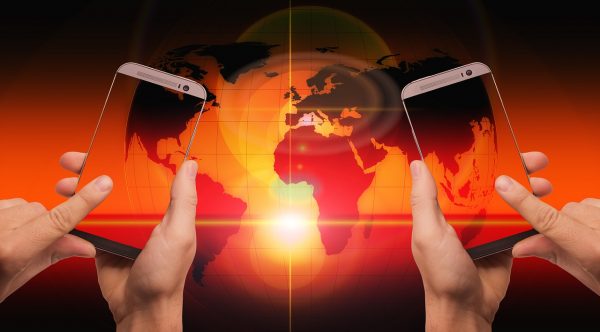 3 Mar 2019 – I know that the title of this article is controversial, but the scientific research that has been done in this area inevitably leads us to some conclusions that are inescapable.  Our current cell phone technology produces electromagnetic radiation that damages male fertility, and the radiation produced by the new 5G technology will be much more powerful and therefore much more dangerous.  But most people don’t know about this.  Instead, most people are greatly looking forward to the rollout of 5G technology because it will be up to 100 times faster than our current 4G technology, and who wouldn’t want that?  The big cell phone companies will be spending hundreds of billions of dollars to install hundreds of thousands of new 5G antennas, and every single one of those antennas will be constantly emitting very powerful electromagnetic radiation.  Since we can’t see the radiation, to many people the threat does not seem real, but the truth is that if you live in a major urban area you are constantly being bombarded by it.  And once the new 5G network is completely rolled out, you would literally have to live in the middle of nowhere to get away from it completely.

5G is a quantum leap from 4G, but because the smaller 5G waves do not travel as well, a lot more antennas will be required…

In order to achieve faster speeds, 5G relies on millimeter waves, which are even smaller than microwaves and operate at a higher frequency. These smaller waves are more easily absorbed by buildings, trees and other things (like people), so more towers will be needed in order to maintain connectivity. The industry has created specialized “small cell” stations and new, larger base stations to accommodate the demands of 5G tech. Even so, it’s expected that a small cell will need to be installed every 250 meters in cities for 5G to work properly. There will be one on every street corner.

Are you starting to get the picture?

If that wasn’t bad enough, an investigation conducted at a university in Israel discovered that the surface of the human body actually draws 5G radiation in “like an antenna”…

What’s further disturbing about 5G radiation is how the human body responds to and processes it. Dr. Ben-Ishai from The Hebrew University of Jerusalem discovered as part of a recent investigation that human skin acts as a type of receptor for 5G radiation, drawing it in like an antenna.

“This kind of technology, which is in many of our homes, actually interacts with human skin and eyes,” writes Arjun Walia for Collective Evolution about the study.

“… human sweat ducts act like a number of helical antennas when exposed to these wavelengths that are put out by the devices that employ 5G technology,” he adds.

But because we cannot detect this radiation with our five senses, most people will never even understand what is happening to them.

And about a decade ago, a study that looked at men that were being treated at an infertility clinic concluded that using a cell phone had a substantial impact on sperm quality…

In 2008, for instance, scientists led by Ashok Agarwal, director of research at the Center for Reproductive Medicine at the Cleveland Clinic, announced the findings of a study on 361 men treated at a fertility clinic. About 10 percent rarely or never used a cellphone, while just over half were on their cell more than two hours a day. Using a cellphone, the scientists concluded, “decrease[s] the semen quality in men by decreasing the sperm count, motility, viability, and normal morphology.” Or, as Agarwal put it less formally, “semen quality tended to decline as daily cellphone use increased. Men who said they used their phones for more than four hours each day had the lowest average sperm count and motility and the lowest numbers of normal, viable sperm.”

In 2014, another study on this matter was released, this one led by the University of Exeter. This study utilized 1,492 semen samples collected from fertility clinics and research centers. 50-80 percent of the samples had normal movement, but that number fell by 8 percent when the samples were exposed to cell phone radiation. This suggests that sperm viability and overall quality deteriorates when exposed to cell phone frequencies.

The same study goes on to propose that the reason 14 percent of couples in high and middle income countries experience infertility is because so many adults now have cell phones.

By now, you have probably heard that if you want to have a baby, you should not carry your cell phone around in your pants.

Well, one couple that was unable to conceive actually tried this, and it worked…

In her 2010 book Disconnect: The Truth About Cell Phone Radiation, What the Industry Has Done to Hide It, and How to Protect Your Family, Devra Davis recounts the story of a couple who had been unable to conceive. One doctor told them to keep their cellphones off their bodies and use them only to text or with a corded headset for two months. Within a year, they had a baby.

Now let’s take a step back and look at the broader picture.

Overall, it is undeniable that sperm counts have been steadily declining in the western world.

In fact, one recent study found that sperm counts in the western world have been declining by about 2 percent a year…

Male fertility is falling every year in the Western world — and experts blame chemicals and modern lifestyles.

A study of 124,000 men visiting fertility clinics in Europe and the USA found sperm quality reducing by almost 2% per year.

2 percent may not sound like a lot, but over time it really starts adding up.

In fact, a different study found that sperm counts in the western world had fallen by a total of 59 percent from 1973 to 2011…

While most men can still father a child, scientists say the human race faces extinction if the trend continues.

And if that happens, there will be dramatic population reduction.

At this point, the CDC is telling us that the birth rate in the United States has already hit an all-time record low…

The research comes after the US National Center for Health Statics – the Centers for Disease Control and Prevention’s (CDC) data arm – announced in July of 2017 that fertility in the US had reached an all-time low.

Birth rates among American women have been falling for decades, but took a sharp downward turn beginning around 2010.

It is interesting to note that the very first iPhone was released in 2007.

The implications of what I have shared with you so far are staggering, and we desperately need an open and honest public debate about these issues.

And in this article, I haven’t even had room to discuss the scientific studies that link cell phone use to cancer and other debilitating diseases.

Of course all of the studies mentioned in this article examined the impact of our current cell phone technology or older technologies.  Now we are moving on to 5G, and there has not been any safety testing done on 5G technology at all.

According to Dr. Martin L. Pall, a PhD and Professor Emeritus of Biochemistry and Basic Medical Sciences at Washington State University, rolling out 5G without any safety testing at all is an incredibly foolish idea…

“Putting in tens of millions of 5G antennae without a single biological test of safety has got to be about the stupidest idea anyone has had in the history of the world.”

But despite the objections of Dr. Pall and countless other scientists, we are going to do it anyway.

And at this point, there isn’t much that anyone can do.  According to federal law, local communities are banned from considering health concerns when deciding whether or not to put in new cell phone antennas…

However, according to federal law the city simply can’t consider health concerns. It’s outlined in a small section of the Telecommunications Act, based on science from 1996, back when we were still talking on cellphones that looked like bricks.

If cities do consider health, cell companies can sue them.

We need to get the word out about this.

We are talking about one of the biggest health dangers in American history, and once 5G technology has been completely rolled out nationwide it will be too late to do anything about it.

Michael Snyder is a nationally-syndicated writer, media personality and political activist. He is the author of four books including Get Prepared Now, The Beginning Of The End and Living A Life That Really Matters. His articles are originally published on The Economic Collapse Blog, End Of The American Dream and The Most Important News.

One Response to “Will 5G Cell Phone Technology Lead to Dramatic Population Reduction as Large Numbers of Men Become Sterile?”