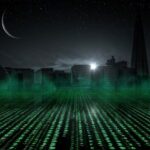 3 Jun 2021 – The “big three” had almost 18 trillion dollars in combined assets, equivalent to more than three-quarters the size of the US economy, under management in Jan 2021; a number quite higher by now. If you were alive when Jesus was born and you spent a million dollars every single day since then, you still would not have spent a trillion dollars yet—for context. 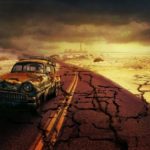 14 Mar 2019 – We are witnessing a worldwide environmental collapse, and nobody seems to know how to stop it. A study just released looked at more than 5,000 species of birds, mammals, and amphibians and discovered that nearly a quarter of them “will almost certainly face extinction”. Yet the vast majority of the population doesn’t seem concerned about what is happening. Species after species is being permanently wiped out, and most of us couldn’t care less. 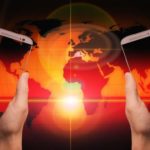 3 Mar 2019 – I know that the title of this article is controversial, but the scientific research that has been done in this area inevitably leads us to some conclusions that are inescapable. Our current cell phone technology produces electromagnetic radiation that damages male fertility, and the radiation produced by the new 5G technology will be much more powerful and therefore much more dangerous.

Now that “bail-ins” have become accepted practice all over the planet, no bank account and no pension fund will ever be 100% safe again. In fact, Cyprus-style wealth confiscation is already starting to happen all around the world. Examples:

Too Big to Fail Is Now Bigger Than Ever Before
Michael Snyder – TRANSCEND Media Service, 23 Sep 2013

The six largest banks in the United States have gotten 37 percent larger over the past five years. Meanwhile, 1,400 smaller banks have disappeared from the banking industry during that time. What this means is that the health of JPMorgan Chase, Bank of America, Citigroup, Wells Fargo, Goldman Sachs and Morgan Stanley is more critical to the U.S. economy than ever before.

The Horrific Derivatives Bubble That Could One Day Destroy the Entire World Financial System
Michael Snyder – The Economic Collapse, 16 Aug 2010

Today there is a horrific derivatives bubble that threatens to destroy not only the U.S. economy but the entire world financial system as well, but unfortunately the vast majority of people do not understand it. When you say the word “derivatives” to most Americans, they have no idea what you are talking about. In fact, even most members of the U.S. Congress don’t really seem to understand them. But you don’t have to get into all the technicalities to understand the bigger picture.