30 March 2019 — While male circumcision is spread mainly among Muslim and Jews communities, and it is apparently accepted by some medical spheres, more than 200 million child-girls have already fallen prey to a dangerous practice, which is carried out in the name of traditions or even religions: Female Genital Mutilation (FGM). 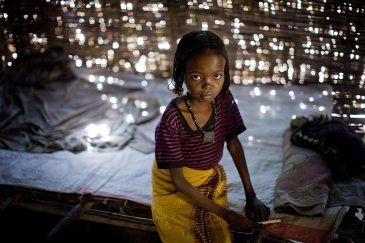 Fatima, 7, sits on a bed in her home in Afar region, Ethiopia. She was subjected to FGM/C when she was 1 year old.
Photo: UNICEF/ Holt

Such a flagrant human rights violation is not legally typified as a “crime”. Furthermore, it is far from being stopped—in fact some 70 million more girls are right now at risk of being mutilated by the year 2030.

See what happens — Female Genital Mutilation is a “violent act” that, among other dramatic consequences, causes “infection, disease, childbirth complications and death,” said on this silenced practice the executive directors of the United Nations Population Fund (UNFPA) and UN Children’s Fund (UNICEF) in a joint statement for the International Day of Zero Tolerance for Female Genital Mutilation on 6 February 2019.

In order to denounce this violation, it should be more than enough to report some of the key facts and conclusions that world health and human rights experts have compiled for the United Nations Organization.

Female Genital Mutilation practitioner with her 10-year-old granddaughter in Diaami, Hargeisa in Somaliland. The young girl was supposed to have been cut already but she is sick with an infection so her grandmother is waiting.
UNFPA/Georgina Goodwin

In other words, Female Genital Mutilation comprises all procedures that involve “altering or injuring the female genitalia for non-medical reasons and is recognised internationally as a violation of the human rights of girls and women.” 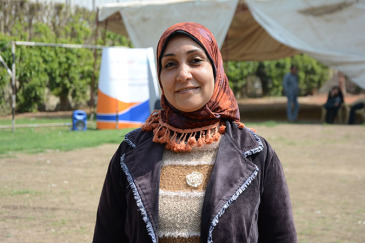 According to the UN, “this violent, harmful practice reflects deep-rooted inequality between the sexes, and constitutes an extreme form of discrimination against women and girls… The practice also violates their rights to sexual and reproductive health, security and physical integrity, their right to be free from torture and cruel, inhuman or degrading treatment, and their right to life when the procedure results in death.”

In addition to the fact that most of the girls and women who have been subject to FMG live in numerous African countries, and some in Asia, they are also increasingly found in Europe, Australia, Canada and the United States; primarily immigrants from Africa and southwestern Asia, according to a joint statement marking this year’s World Day from the UN Children’s Fund (UNICEF), UN Population Fund (UNFPA) and UN Women.

Also among Migrants and Refugees

The world body’s experts also report that, although primarily concentrated in some 30 countries in Africa and the Middle East, FGM is a universal problem and is also practiced in some States in Asia and Latin America. Moreover, FGM continues to persist amongst immigrant populations living in Western Europe, North America, Australia and New Zealand.

In July 2018, the Report Intensifying global efforts for the elimination of female genital mutilation stated that efforts to end these practices should also target the groups of women and girls who are most at risk, “in particular those who face multiple and intersecting forms of discrimination, including refugee and migrant women, women living in rural and remote communities and young girls, so as to leave no one behind.”

What else to say about such an act of cruelty…? Maybe to reiterate that it is in many cases committed in the name of religious beliefs, whose self-proclaimed male representatives use to justify it by saying that mutilating girls is the way to “purify” them, safeguard the honour… by reducing their sexual “appetite”!