How Israel and the US Are Preparing for War with Iran 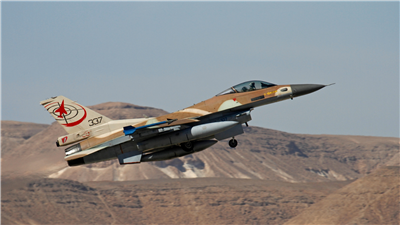 17 Apr 2019 – You probably didn’t know this but normalizing relations with Israel is against the Quran and Islamic faith.

At least that’s what Iran’s Supreme Leader Ayatollah Ali Khamenei said to participants in a Quran knowledge competition in Tehran on Monday [15 Apr].

Never mind that the Quran, in chapter 5:21, explicitly says that the Land of Israel has been given to the Jewish people by God as a perpetual covenant, this is what Khamenei really thinks and he’s acting upon it too.

As I wrote at the end of March, Iran is actively preparing for war with Israel and recently held a massive drill named Bayt al-Maqdis” or Beit HaMaqdish in Hebrew.

Bayt al-Maqdis (or Temple in English) was the name the early Muslims gave to Jerusalem.

The Islamic Republic, furthermore, is slowly but steadily turning Syria and Iraq into proxy-states based on the Lebanon model and is feverishly working to improve its missile arsenal.

In Syria, Iran is continuing its entrenchment as was proven by the Israeli air force (IAF) last weekend.

On Saturday [13 Apr] morning, IAF warplanes again used Lebanese airspace to bomb an Iranian missile plant in Masyaf which is located in the Hama Province.

The Israeli jets launched brand-new supersonic Rampage missiles at the plant in Masyaf and destroyed not only a number of buildings but also dozens of Iranian ‘Earthquake 2’ missiles which are able to carry a warhead of half a ton.

The Iranians also succeeded to lease a port in the Latakia Province in Syria which is now being used by the Quds Force of the Iranian Revolutionary Guards Corps to ship unknown cargo from Iran to Syria via the Mediterranean Sea.

Israeli military experts think it will be a matter of time before Iran will station a part of its naval fleet in the port and will use the vessels, among them cruise-missile equipped submarines, in a future war with Israel.

You might ask what the Israeli army is doing except for launching airstrikes in Syria to counter the growing Iranian threat to the Jewish state.

Israel is aware that a future confrontation with Iran and its terrorist proxies will most likely be a missile war which will be fought on several fronts.

After all, Quds Force commander Qassem Soleimani last year boasted that Iran is a superpower when it comes to asymmetric warfare and warned the United States not to start a war with the Islamic Republic.

The Iranian army and the IRGC are no match for the IDF or the US army in a conventional war and this is the reason Iran is working to improve its long-range missile arsenal while building facilities for mid-range and short-range missiles in both Lebanon and Syria.

Iran’s Shihab-3 has a reach of roughly 1200 kilometers and the recently tested Khorramshar missile is able to hit targets across Israel from Iran since it has a range of more than 1,800 kilometers.

The prospect of a multi-front missile war with hundreds of projectiles pounding Israel every day has led to intense cooperation between the Israeli military and the US army while the Trump Administration is trying to strangle the Islamist regime in Tehran by means of a heavy sanction regime.

The US Administration last week designated the IRGC – a heavily armed force of 150,000 men- a terrorist organization a move which is considered a declaration of war by Iran.

The decision by President Trump has led to increasing tensions and Iranian threats to the US military in both Iraq and Syria while Israeli Prime Minister Benyamin Netanyahu made clear he was behind the move against the IRGC.

“Thank you for answering another one of my important requests, which serves the interests of our country and the countries of the region,” Netanyahu wrote on his Twitter account.

Trump’s decision came into effect on Monday [15 Apr] and has already led to the shut-down of the wildly popular Instagram account of Quds Force commander Soleimani.

Another indication that Israel is working in tandem with the US to contain Iran came in the form of a unique missile defense drill which was held in Israel recently.

The Americans brought their Terminal High Altitude Area Defense (THAAD) system to Israel where it was integrated in Israel’s multi-layered missile defense systems such as the Arrow a mid-altitude missile interceptor.

The 230-servicemen strong THAAD force landed on the Nevatim airbase in southern Israel and got short notice to rapidly deploy the system in Israel Maj.Gen. Andrew Rohling the commander of the US army in Germany revealed.

Aside from the THAAD system, the US military will also use the Aegis system on navy vessels to help Israel protecting itself in the anticipated missile war.

Yair Ramati, former director of the Israeli Missile Defense Organization (IMDO) says that the Aegis missile interceptor will play an important role in the defense of Israel during such a war.

The two allies will conduct another missile defense drill coming summer when the Israeli military will send a contingent servicemen to Alaska to test the new version of the Arrow 3 which has been developed by Israel Aerospace Industries and Boeing in the U.S.

The Arrow 3 is able to score a direct hit at a target which flies at supersonic speed because it has highly precise sensors and an extremely agile interceptor.

The joint drills between the Israeli army and the US military will result in better preparation for “real-life challenges” according to Brig Gen. Ran Kochav of Israel’s missile defense unit.

Another indication the US is seriously taking in account that the current tensions with Iran will boil over and will cause a new armed conflict in the Middle East is the deployment of American F-35 stealth fighter planes to the United Arab Emirates.

An unspecified number of American F-35’s landed at the al-Dhafra Air Base in the United Arab Emirates on Monday [15 Apr].