Stop the Ongoing U.S. Economic Terrorism against Iran and Help Its People! 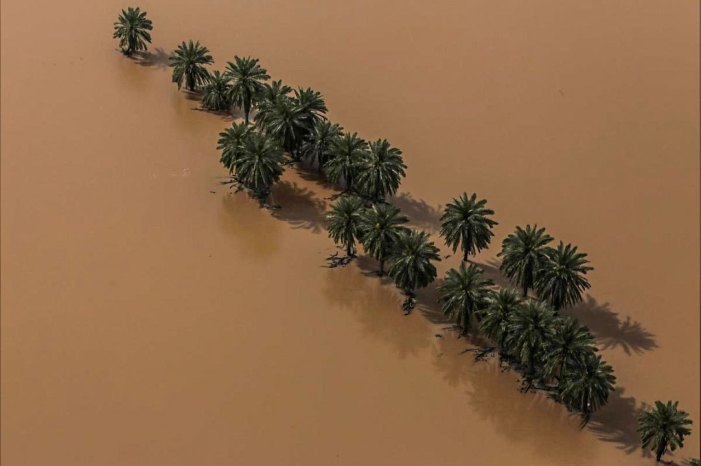 15 Apr 2019 – You have certainly not heard much about this in the West. And it didn’t get a fraction of the media attention (and none of the hundreds of millions of Euro pledges by the perversely rich) that the Notre Dame fire did.

However, if disastrous floods had hit 28 out of 31 provinces and affected 10 million people in some European country or in the US, I believe you would have heard about it from Day One.

But now it is Iran. Only the Iranians.

The situation is disastrous but not so much because thousands have died. Rather, because floods of this magnitude are likely to have terrible long-term consequences for agricultural and other production, infrastructure, energy production, transport and daily lives (see pictures below and on the links).

The basic facts about 3 weeks into the disaster are:

28 of 31 provinces affected, the area around Shiraz the most. 78 people have died and 1076 have been injured. 10 million Iranians have been affected and 2 million seem to be in direct need of assistance. More can be studied at the UN OCHA’s Reliefweb. 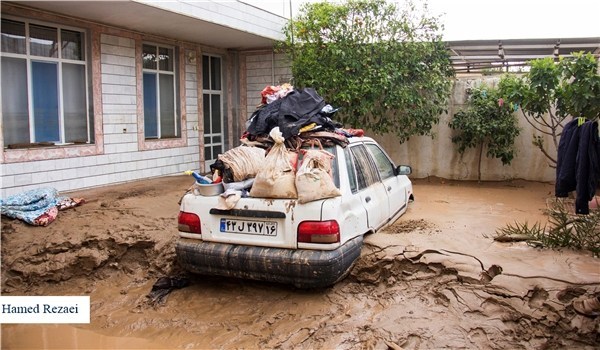 This comes on top of economic sanctions that have already hit virtually every single Iranian very hard when going about their daily lives. The author has seen how this was already bad in 2012-2016 – since then, everything has grown worse.

Here some data by the IMF.

Yes, the corruption is everywhere in Iran but the US sanctions are extremely tight, the loss of oil export income is severe (to benefit Saudi Arabia and others).

And now this flood disaster on top of it all (more background and pictures from Iran’s Fars News Agency here).

The cruelty of not helping in this situation can only be condemned from a humanitarian, human rights and moral perspective no matter what one may otherwise think about Iranian politics and leadership.

It is well known that the Trump administration wants others to think about Iran and how it puts pressure and threats to bear on other countries to prevent them from cooperating with Iran and bringing humanitarian aid in violation of these US sanctions.

Reuters reports the statement of the Iranian Red Crescent three weeks into the disaster:

“U.S. sanctions have prevented the Iranian Red Crescent from obtaining any foreign financial aid to assist victims of flooding that has killed at least 70 people and inundated some 1,900 communities, the group said on Sunday.”

As of today, the only Europeans to deliver assistance are Russia, Turkey, Switzerland, Germany and France according to the UN OCHA’s Reliefweb.

The main reason, one may assume, is that the US has imposed sanctions on Iran since 1979 and now applies the toughest sanctions ever on the Iranian people (after having withdrawn from the nuclear deal, the JCPOA, in clear violation of international law, since it was embedded in a UN Security Council resolution).

Iran, you may say, is being punished for having fulfilled all its obligations of the JCPOA and accepting the most severe inspections ever. 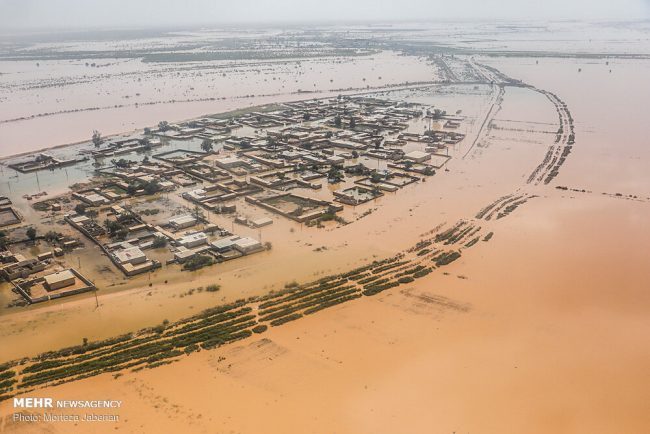 The US also applies so-called secondary sanctions – sanctions against other countries which do not adhere to US sanctions but continue to deal with Iran. The US believes, it seems, that it can intimidate and financially punish countries – including NATO and EU – should they not adhere to US laws (and diktats) on their own territory

Such extra-territorial application of US laws should, of course, be unacceptable for any other sovereign states. And it goes without saying that the US would never accept foreign laws to be implemented on its territory. But the US seems to believe that it is so exceptional that others should make exceptional decisions in favour of this exceptionally unlawful US policy.

The Trump administration – also defiant of the UN Court ruling

What few have noticed is that Iran won a case at the UN International Court of Justice in October last year. Read Newsweek’s report here. The ICJ ruled and ordered that the United States remove sanctions that target humanitarian trade, food, medicine and civil aviation.

But instead of abiding by the ICJ’s decision, Secretary of State, Mike Pompeo announces with what must be termed outrageous arguments that the U.S. couldn’t care less.

Mainstream US-obedient media of course politely refrained from putting such a law-defying US statement on their front pages – omission being much more important than fake as I have pointed out time and again before.

As if this should not be enough, the US announced on April 8, 2019 – i.e. also Pompeo – that the US places Iran’s Revolutionary Guard Corps on its list of terrorist organisations.

Listen very carefully to the justifications and the accusations. One doesn’t have to be psychologist or psychiatrist to get the thought that we are here witnessing a brilliant piece of psycho-political projection – projection of one’s own dark sides on somebody else.

This is also outrageous in the light of the fact that the Corps is a major agent in dealing with the flood disaster on the ground (as it has holds proportionately huge resources in the Iranian budget). Are we likely to soon hear the argument that no aid should go to Iran because it would go (also) to this “terrorist” organisation?

One must wonder how much longer the United States will get away with such step-by-step measures and exceptional arrogance vis-a-vis the international “community” without loud and clear criticism and alternative action by EU and NATO countries.

As I say in the video above, it is high time that EU and NATO countries – and other countries for that matter – practise civil disobedience against US diktat. If only a few countries, companies and banks continue co-operating with Iran, it will be easy for US authorities such as US Treasury to pursue them legally and punish them in various ways.

But not so if some 25-30 countries, all their companies and banks simply ignored US policies and accelerated their civilian co-operation with Iran. It would, beyond the slightest doubt, be a win-win strategy on contrast to US policies which may look like win (US/West) and loose (Iran) but, sooner or later will – drag down these other countries in the decline and fall process of the US. That is – loose/loose

We can all do some little thing for fellow human beings. I voiced my criticism here with the Iranian PressTV:

And I made a small donation to the Iranian Red Crescent on this link, also to try my Swedish bank. It went through.

You can do it too.

Actions and words go best together.