8 May 2019 – One afternoon in Port-au-Prince, Haiti, sitting on the back of a motorcycle-taxi stuck in traffic, I was absently staring down a wide unpaved side-street when the small figure of a young girl came into focus. Her silhouette was boldly present against the sunlight behind her and the pale, dusty haze that swirled around her. She was carrying a huge bag on her left shoulder, and her body contorted to support its weight.

She wore a worn-out denim skirt with a brown vest top and her hair was in untidy knots. Her appearance was in sharp contrast to the pristine, smiling schoolchildren I’d just watched walk by. I realised in that moment I might be looking at one of Haiti’s domestic child slaves, locally known as “restavèk”.

Forced labour is a worldwide phenomenon affecting around 25m people, of which 4.3m are children. Unlike child labour, which involves minors working in a range of circumstances, forced labour involves children being coerced by someone other than their parents. Sometimes, as is the case for restavèk children in Haiti, they are forced to perform tasks that are hazardous to their health, safety and development. 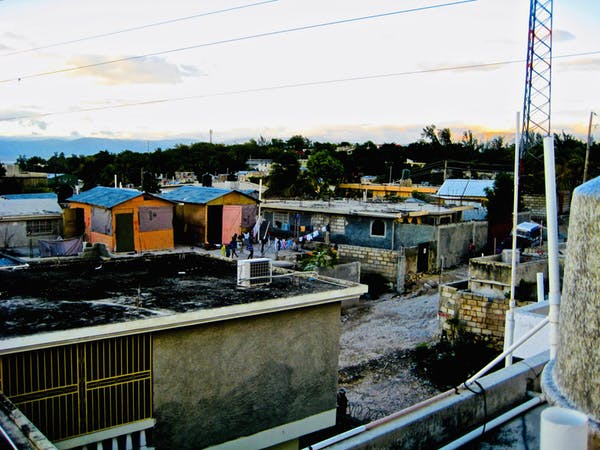 Children live in a world that has been moulded by the adults around them. It is therefore necessary to look to those responsible for children and those implicated in their trafficking and enslavement to understand the root causes of child slavery and formulate solutions. This is why I was in Haiti: to research the role of women in the trafficking of children into the restavèk system.

A female system of slavery

What I found there both shocked me and confirmed what I’d suspected. Restavèk children are part of a female-dominated system of child slavery. They are typically taken from rural areas, where economic poverty is extremely grave and widespread, to urban centres where poverty can sometimes be felt on an even deeper level because of the lack of access to natural resources.

In most cases, urban women approach intermediaries – usually women who transport agricultural goods from farms to markets – to enquire about acquiring children to “help around the house”. The intermediaries then seek out children from economically disadvantaged families in rural areas. Parents of restavèk children are usually unaware of the situations into which they send their children, hoping for a better life, food and access to school.

But the realities for restavèk children are quite different. They are physically and verbally abused, their basic needs are neglected and they are either partially or completely withheld from school. Though the children are trafficked and treated as slaves, payments are made to the traffickers in the form of gifts. If cash changes hands it is usually as compensation for “travel expenses”. 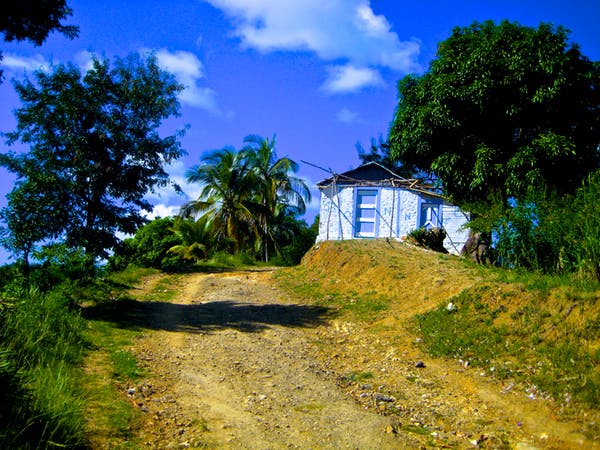 One such woman, talking about how she acquires children, admitted:

The mother can ask me ‘Is she a good person?’ I say ‘yes’ to her just so she’ll agree to give me her child even though sometimes I don’t even know the person the child will be going to live with. But to secure the parents’ trust, I’ll say anything at all.

The number of restavèk children in Haiti is unknown. But estimates are upwards of 225,000. Some experts I spoke to in Haiti told me the real number could be over 500,000 – that’s approximately 13% of Haitian children. While the origins of the practice are unknown, it is mentioned as being already established in 1937 and links might be made to similar practices in Africa, such as the vidomègon practice in Benin, an ancient tradition whereby a child is leased to another (usually wealthier) family.

Most restavèk children live and work in homes in severely economically deprived urban areas. Their role encompasses domestic labour in a context where households lack basic infrastructure and require human effort to function. They fetch water, cook over charcoal fires, do backbreaking laundry work and attend to the needs of the households’ members, including children older and younger than them. The tasks they perform are part of what is generally understood as women’s labour. This somewhat explains why it is women who take in restavèk children and perhaps why the majority – around two-thirds – of these children are girls. 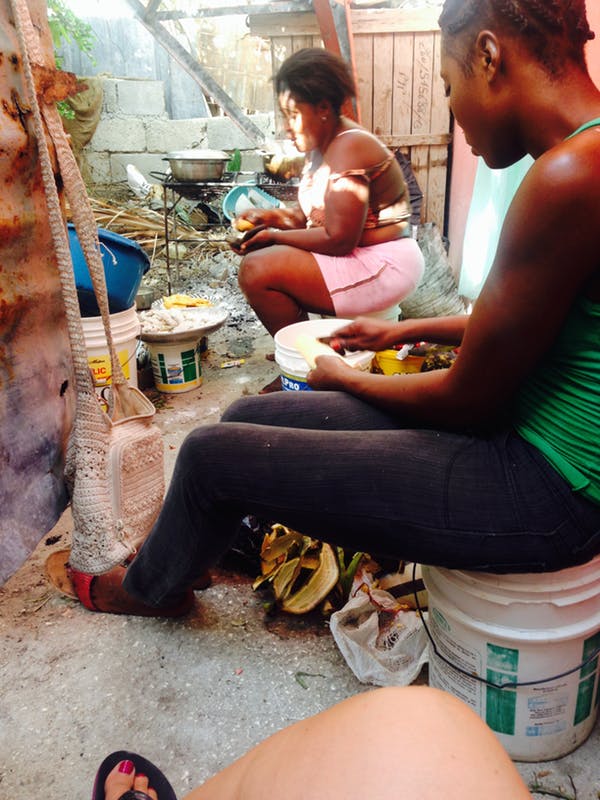 But this does not explain the violent treatment they receive.

During an interview with a woman who had a young girl in her home, I asked if she felt a sense of responsibility towards her, pointing out that restavèk children can suffer psychologically. She finished my sentence: “Because they live so terribly? They get sick and they can’t even tell anyone?” I nodded and she continued: “Even breathing is difficult?”. “Yes”, I said: “Do you feel responsible for that?”. She replied with a simple “no”.

I was told by Haitian child protection professionals that there is “rage” in women’s treatment of restavèk children. Stories were recounted to me of a restavèk girl being “punished” by having a hot iron placed on her bare chest, a girl whose school uniform socks were used as toilet paper and a girl who died after being given rat poison to drink (to cause an abortion because she had become pregnant after being raped).

It soon became evident that the violence associated with the female-dominated restavèk system goes beyond a means to coerce and control, and is actually more indicative of the mental states of the women in question. 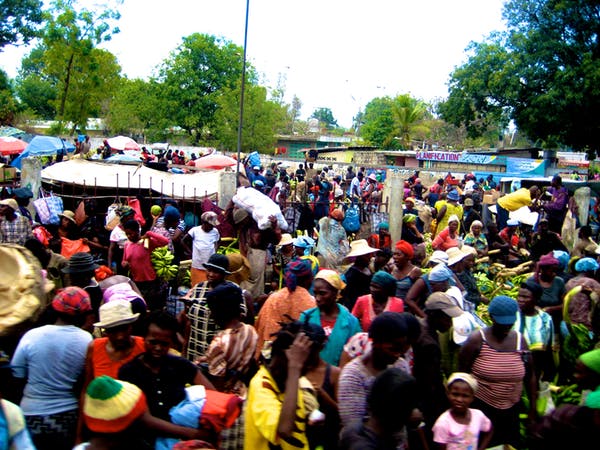 Some elements of the restavèk system of child slavery are specific to Haiti but one thing is universal across the planet: the position of women as primary caregivers to children. This is especially significant in societies where child forced labour is prevalent. Women’s complicity is a core element of certain trafficking systems, but their role as primary caregivers tends to hide this fact.

The wider question remains. What is it about women’s lives in Haiti that causes and allows child slavery to happen? The answer is rooted in women’s experiences of poverty and the ways gender-based violence is felt not only as physical violence and sexual abuse, but in the many ways gender hierarchies are established and maintained.

Poverty worldwide has been found to affect women disproportionately, not only in terms of monetary but also social and political power. The various culturally specific but universally applied gender norms that give women limitless responsibilities and limited power form dangerous territory for those whose safety exists within the boundaries of women’s authority: children. As Haiti’s historical, economic and societal problems bear down on the population, women suffer the consequences disproportionately. Is it any wonder that children are exposed to such dangers as a consequence? 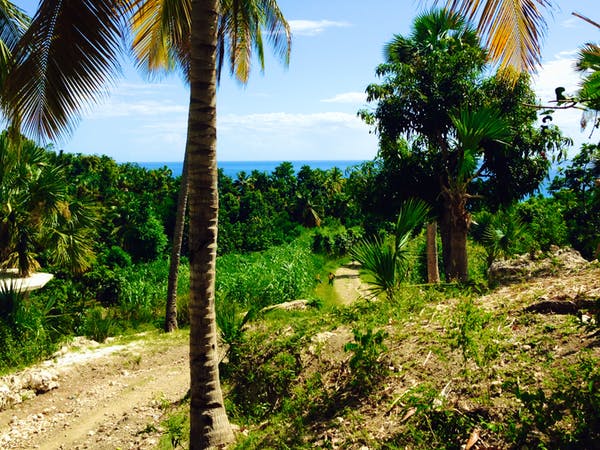 The restavèk system is culturally and geographically specific, existing paradoxically in a society that demonstrates more understanding of human rights – equality, dignity, respect and freedom – than many I’ve come across. It is also part of a global picture of child slavery and lessons learned on the local level can – and must – be applied worldwide.

The lesson here is that gendered structural inequalities have direct adverse effects on children. It is key that we take this into account as we try to formulate solutions to the modern slavery crisis.