Mainstream Under-Reporting of the Climate Crisis

25 May 2019 – Only immediate climate action can save the future. If we don’t take action, the collapse of our civilizations and the extinction of much of the natural world are on the horizon.

A speech by Bill Moyers

At an April 30 conference entitled “Covering Climate Now”, co-sponsored by The Nation and Colombia Journalism Review, Bill Moyers made a speech which included the following remarks:

“I have been asked to bring this gathering to a close by summing up how we can do better at covering the possible ‘collapse of our civilization and extinction of much of the natural world’, to quote the noted environmentalist David Attenborough, speaking at the recent Unites Nations climate summit in Poland…

“Many of us have recognized that our coverage of global warming has fallen short. There’s been some excellent reporting by independent journalists and by enterprising reporters and photographers from legacy newspapers and other news outlets. But the Goliaths of the US news media, those with the biggest amplifiers – the corporate broadcast networks – have been shamelessly AWOL. Despite their extraordinary profits. The combined coverage of the three major networks and Fox fell from just 260 minutes in 2017 to a mere 142 minutes in 2018, a drop of 45 percent, reported by the watchdog group Media Matters”.

The Golden Rule: “Whoever has the gold makes the rules”

Network administrators have noticed that programs about climate change often have low viewer ratings. Since they see delivering high viewer ratings to their advertisers as their advertisers as their primary duty, these executives seldom allow programs dealing with the dangers of catastrophic climate change. The duty to save the earth from environmental catastrophe is neglected for the sake of money. As Al Gore said, “Instead of having a well-informed electorate, we have a well-amused audience”.

On Friday, March 15, 2019, over 1.4 million students on all continents took to the streets for the first ever global climate strike. Messages in more than 40 languages were loud and clear: World leaders must act now to address the climate crisis and save our future. The school strike was the largest climate action in history. Nevertheless, it went almost unmentioned in the media.

On Friday, May 24, massive student strikes advocating rapid climate action again took place, this time in an expected 1,351 separate locations all over the world. Again, the historic and highly important event was under-reported by mainstream media. In fact, on the CNN and BBC World News broadcasts that I watched that day, the worldwide student strikes for climate action were not reported at all.

There are exceptions to the general rule that the mass media downplay or completely ignore the climate emergency. The Guardian is a newspaper with absolutely superb coverage of all issues related to climate change. No praise can be high enough for the courageous environmental editorial policy of this famous old British newspaper. Here is The Guardian‘s report of the May 24 school strikes for climate action.

One can also mention that the National Geographic Television Channel has several times shown Leonardo DiCaprio’s important film, “Before the Flood”. 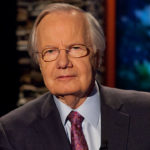 Journalist Bill Moyers is the managing editor of Moyers & Company and BillMoyers.com. His previous shows on PBS included NOW with Bill Moyers and Bill Moyers Journal. Over the past three decades he has become an icon of American journalism and is the author of many books, including Bill Moyers Journal: The Conversation Continues, Moyers on Democracy, and Bill Moyers: On Faith & Reason.He was one of the organizers of the Peace Corps, a special assistant for Lyndon B. Johnson, a publisher of Newsday, senior correspondent for CBS News and a producer of many groundbreaking series on public television. He is the winner of more than 30 Emmys, nine Peabodys, three George Polk awards and is the author of three best-selling books. 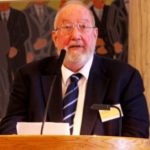 Anticopyright: Editorials and articles originated on TMS may be freely reprinted, disseminated, translated and used as background material, provided an acknowledgement and link to the source, TMS: Mainstream Under-Reporting of the Climate Crisis, is included. Thank you.