12 Jun 2019 – Conflict prevention and mediation are two of “the most important tools at our disposal to reduce human suffering” UN Secretary-General Antonio Guterres told the Security Council today.

“When we act early, and are united, we can successfully prevent crises from escalating, saving lives and reducing suffering – fulfilling the most fundamental mandate of the United Nations”, he continued.

To further these aims, Mr. Guterres told the chamber that the UN was working with various parties to conflict, together with partners for peace, in regions and countries across the world.

He noted some “encouraging signs”, such as successful constitutional transfers of power in Mali and Madagascar; the rapprochement between Ethiopia and Eritrea; the revitalized agreement in South Sudan; and, after decades of dispute, “the designation of the Republic of North Macedonia to be internationally recognized”.

The UN also continues to push back against serious challenges posed by complex conflicts.

While the Stockholm Agreement in Yemen between Government and Houthi opposition was “an important step”, the UN chief noted that “that must now move to a negotiated settlement”.

In the Central African Republic, the UN is helping to implement the African Union-mediated peace agreement; conducting robust operations to ensure armed groups’ adherence and facilitating local peace accords. And in Burkina Faso, it is working with a wide range of national actors to strengthen infrastructures for peace in response to rising sectarian violence. 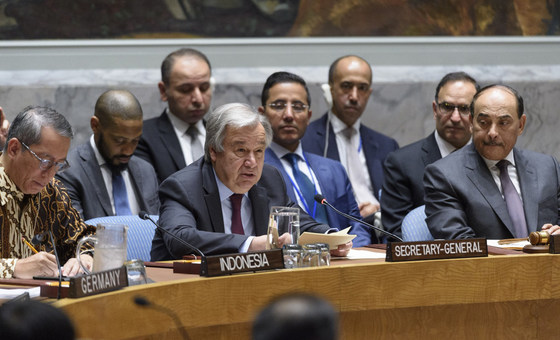 Despite these efforts, enormous obstacles remain, including wars that continue to rage as “external actors dither or even fuel the violence” and as non-State armed groups and militias fragment, causing even greater chaos.

Moreover a resurgence of populism and policies contribute to resentment, marginalization and extremism, even in societies that are not at war, rolling back human rights and the progress that has been made over recent decades on gender and inclusion, said the UN chief.  It’s civilians “who pay the price”, he underscored.

Mr. Guterres elaborated on a broad range of tools set out in Chapter VI of the UN Charter and urged government to “make full use” of them.

He spelled out that his means “a strong focus on inclusivity, with a special emphasis on mainstreaming women’s rights and gender equality across our prevention and mediation work”.

While progress on women’s participation in formal peace processes is “still lagging”, the UN chief said, “we will continue to use creative strategies to advance women’s participation, building on previous efforts including the Syrian Women’s Advisory Board and the Yemeni Women’s Technical Advisory Group”.

“Prevention and mediation will not work without broader political efforts.”  – UN chief

Noting that some 600 million youth in fragile and conflict-affected states have a vital contribution to make to mediation and peacebuilding processes, he drew attention to the first International Symposium for Youth Participation in Peace Processes earlier this year as “an important step forward”.

“Independent actors and non-governmental organizations, including the Elders, are a critical complementary element to our efforts”, added the UN chief.

“But let’s not fool ourselves,” he continued. “Prevention and mediation will not work without broader political efforts”.

The Secretary-General urged the Council and all Member States, “to strive for greater unity so that prevention and mediation efforts are as effective as possible” calling it “the only way to meet our responsibilities to the people we serve.”

Speaking as Chair of The Elders, a group of independent global leaders founded by Nelson Mandela, to promote good governance and ethical leadership, former Irish President Mary Robinson urged the Council to approach the topics in the “spirit of inclusive dialogue and willingness to work for compromise and consensus in the interests of peace”. 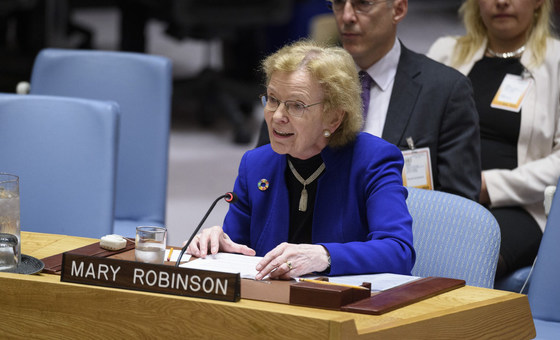 She painted a picture of fear, conflict and despair “from the streets of Khartoum to the townships of Harare; the bombed-out hospitals of Idlib to the ruined schools of Yemen; and the slums of Gaza to the Rohingya refugee camps of Cox’s Bazaar in Bangladesh”.

“Over the decades the Council – and, particularly, its five permanent members – has failed to live up to its responsibilities and has favored realpolitik or short-term power stratagems rather than meeting the solemn commitments outlined in the UN Charter, she spelled out.

“Nowhere has this been more apparent than in the repeated use of the veto by certain permanent members on resolutions aimed to prevent mass atrocities, including the use of chemical weapons on civilians” she stressed, adding that “the international community must not wait until a major tragedy”.

When the Security Council can cooperate and speak with a strong common voice, “its decisions can have a decisive impact, former UN Secretary-General Ban Ki-moon told the Chamber.

"When the Council can cooperate & speak with a strong common voice, its decisions can have a decisive impact." –Elders' Deputy Chair Ban Ki-moon, addressing the UN Security Council. #UNSC pic.twitter.com/PqLVfizgxF

“This strong, common voice is needed more than ever at this current time, when the deceptive allure of populism and isolationism is growing across all continents, from North and South America to Africa, Asia and Europe” he stated.

Faced with complex, multi-faceted and gravely serious challenges, Mr. Ban said it was “profoundly irresponsible”, that politicians “collude in or deliberately stoke illusions” for their own gain, in full knowledge that no one country, however powerful, will be able to meet the global challenges on its own.

“The working methods of the Council could be improved” he maintained, advising members to “agree on a joint common position to address conflicts in their early stages”, including through timely and strong statements.

Turning to the nuclear threat, Mr. Ban that said the “risks of nuclear conflict are higher than they have been in several decades”.

There is also the risk, he said, that “the whole architecture of arms control and nuclear non-proliferation that was built up during the decades of superpower confrontation may collapse, through a combination of neglect, hubris and ill-founded threat analysis…The consequences of failure do not bear contemplation”, he concluded.