John Pilger Speaks Out: “Today It’s Julian Assange, Tomorrow It Could Be You”

31 May 2019 – Investigative journalist, broadcaster and film maker John Pilger told the media outside the Westminster Magistrates Court that Julian Assange’s “‘crime’ here, is the crime of good journalism, and every journalist who practices their craft in a conscientious way, and in a truthful way, and who investigates the power that imposes itself on people, be it the government or their vested interests, should be deeply concerned about this. Because today it’s Julian Assange, tomorrow it could be you. 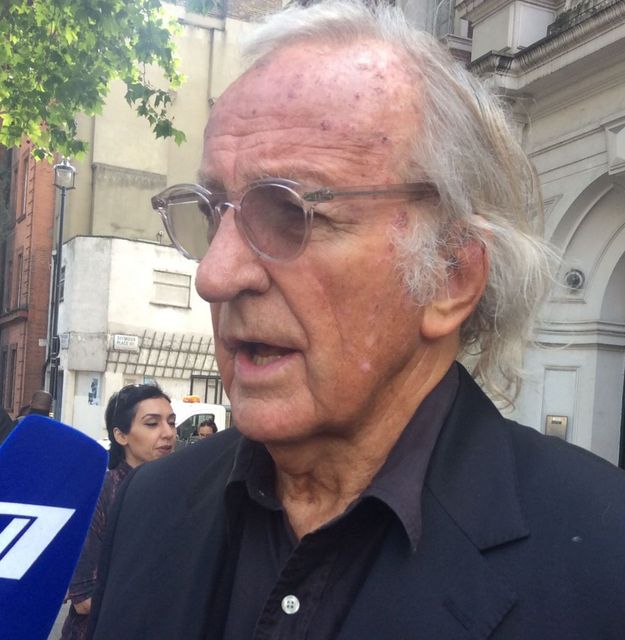 John Pilger speaking to the media outside the court.

“I am here to show support for a distinguished fellow journalist and someone whose one crime was free journalism. As a journalist myself of many years and actually as a friend of Julian Assange as well, I am here to support that. I think the level of public support for Julian Assange is very high, you should never judge public support by media. That’s a completely false reality, a false impression.

“My understanding is in this country, in the United States, certainly in his home country of Australia, there is enormous public support for Julian Assange. People understand that he has been singled out as an example, of a concerted assault on freethinking, free speech and certainly on free-journalism.

“He couldn’t appear today because he was unwell, he’s in the prison hospital. When I saw him a couple of weeks ago he wasn’t very well then. But then he’s been in an embassy, in a confined space, without natural light for almost seven years. He needs a great deal of diagnostic care and rehabilitation. He’s gone through an extraordinary physical and mental ordeal, and now he has to go through this.

“This is so shameful, so shameful that we are even here today to consider the extradition of a journalist for trying to protect his sources. Or even the extradition of Julian Assange to Sweden to an entirely bogus case when much of it has been suppressed. That’s what is shameful. But that’s what I think many people understand.”

“This is one of the most serious attacks in a society that considers itself to be free. George Orwell says you can have totalitarianism in a free society; it doesn’t have to be totalitarian. And that’s what we are seeing with this kind of ordeal that Julian Assange is going through. It was a totalitarian act. All those who believe in freedom, it doesn’t matter really what political affiliation they have, if they believe in true freedom, should be supporting Julian Assange.”

“When I saw him, he was unwell; he was having difficulty keeping food down. But he was extraordinarily resilient at the same time. We spoke for a couple of hours. Now I think his condition has worsened.

“He couldn’t appear today because he is in the prison hospital. None of this ought to be surprising. He spent seven years in a confined space without natural light. For many years, he had a terrible cough. He hasn’t been able to have the kind of diagnosis that all of us would take for granted, to have an x-ray or whatever, because he was denied free passage out of the embassy.”