Peace Journalism: The Sower, the Seed, the Harvest

There is the New Testament symbol of the Sower and the Seed.  The Sower has only one type of seed, which stands for the truth or at least that aspect of the truth that is appropriate for the period. He throws some of the seeds on ill-prepared hard ground.  It is quickly covered over, some eaten by birds or stamped on by people passing. Some others are thrown on slightly prepared ground, but their roots do not go deep.  The seeds are dried by too much sun or drowned by too much rain.  Finally, some seeds are put into well-prepared ground, take root and in turn produce more seeds that can be used elsewhere.

The symbol was developed before the existence of market research companies which could have informed the sower where to find the most favorable ground.  In fact, today there are companies that in exchange for money will analyze Facebook postings and advise not only on the proper ground but also what kind of seed should be proposed to each person. 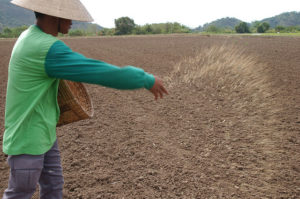 TRANSCEND Media Service’s peace journalism is probably at a mid-point between the New Testament period when the sower threw seeds in all directions and the ability today of some political organizations as well as commercial firms to develop highly focused targets for their presentations.  As has been hinted by the TMS editor, we do not have the funds to pay market research firms. Thus, we need to develop a marketing profile of those who can use the type of information presented and to make suggestions of issues that could attract new readers.

Some of the TRANSCEND endeavors began in the peace research efforts–usually university based–in the 1960s/1970s when NATO-Warsaw Pact tensions provided a framework for analysis. Had there been a direct war between the two blocs, there would have been widespread destruction.  This framework ended in the late 1980s with the dissolution of the Soviet Union.  There is still some university-based peace research, but what I see of it is not very exciting.  However, it is useful to remain in touch. TMS probably has readers among these university programs.

There were also contacts with what was called “Future Studies”–where are we going from here.  Some Future Studies were university based. There were also independent centers. My impression is that “future studies” have disappeared, but it may be that I do not look in the right places.

A third category includes readers from the Non-governmental Organizations (NGOs). Some are focused on human rights, others on the resolution of current armed conflicts.  There are also some NGOs that work on longer-range issues such as nuclear disarmament and ecologically-sound development.  As a member of this third group, I have a reasonable overview of NGO publications.  Nearly all NGOs have their own publications, many online.  These publications are mostly “in house”.  Articles are written by the NGO members, very often by officers or staff.  Rarely do NGO publications reprint articles written originally by/for other outlets. 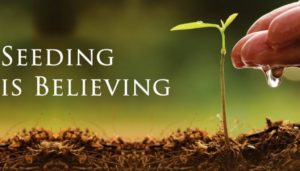 I have not seen an analysis of which publications reprint TMS articles.  Unlike print publications, where editors usually ask for permission to reprint, the online world reprints rather freely. Every so often I type my name into Google search to see who has reprinted my writings. I find publications I never heard of.  There are also more publications where editors have sent me a link to my article, which Google did not pick up.  It takes time to map the re-printing, but it is useful to know who is reading, and especially who is not reading.

Today, there are probably more sowers than in New Testament times although many of the seeds are deliberately sterile or false before being sown. We need a collective effort to find well prepared ground.

Anticopyright: Editorials and articles originated on TMS may be freely reprinted, disseminated, translated and used as background material, provided an acknowledgement and link to the source, TMS: Peace Journalism: The Sower, the Seed, the Harvest, is included. Thank you.