The Various Shades of Cricket Matches

To make the game more attractive and more remunerative, World Cup competition in ODIs is held every four years — the first one was held in 1975 in England in which West Indies was the final winner with Australia as the runner up in the World Cup. 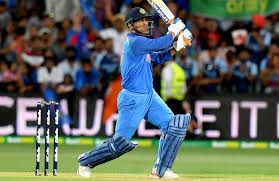 Cricket as most people agree is a rich person’s game and requires a relatively big ground to play. The bats, balls, stumps, gloves, etc., required for the game are expensive.

This aspect–being a rich person’s game–is evident when one sees the World Cup Cricket tournament that is being played these days in England. The stadiums for the matches are huge with multitude of ads endorsing various products of different companies including Coca-Cola, dotting all sides of the stadium as well as on the field itself. The jackets worn by the players also endorse different corporate companies. The umpires, who maintain the game, wear blazers that advertise some famous airline.

The tickets for these games range from 100 pounds or more. Who could afford these expensive tickets, was obvious from the faces of the audience as well was the fact that the absconding (from India’s law) former owner of Kingfisher Airlines, Vijay Mallya, was spotted with his mother watching the game. Malaya owes several Indian banks millions of dollars and he did not also pay the pilots and crew of the airline their salaries for several months. But he lives in England in a grand style.

The audience was jumping and wildly gesticulating as the cricketers scored runs or were bowling dangerous balls at the batsman at the crease preventing him from scoring runs. Many persons of the audience donned jackets that their team players were wearing and were enjoying their money’s worth. They were also waving their countries’ flags. Whenever a camera was focused in their direction the audience made funny faces or gestures. They were at the apex of enjoyment of the game.

In addition to what was happening inside the stadium, some of the Indian players including the Captain were on television endorsing various products or services. It is a win-win situation for these players. They make millions of rupees both inside the stadiums as well as outside through advertisements. 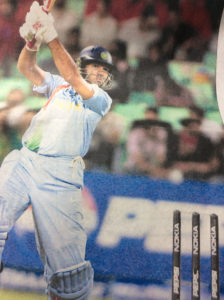 Compared to their wealth and their international popularity, the plight of hundreds of millions of ordinary Indians living in their slums, deprived of basic necessities of life — nutritious food, clean water, education, employment, etc., is dismal and hopeless. Yes, the governments are trying to do their best to improve their condition, but the neoliberal economic system that governs the world including poor nations of Asia, Africa and Latin America prevents a just and humane socioeconomic system to prevail keeping the poor in poverty and misery in several parts of the world. This economic system has been strongly criticised by the Nobel Prize winning economist Joseph Stiglitz.

This year, 2019 the venue of the World Cup is again England and several matches have already been played between ten teams. On 9th June a very thrilling match was played as India beat Australia. The Cup continues till about four more weeks and the final will be played on 14 July 2019 between the two top teams.

Who wins or makes the finals of the tournament is a game that bookies play with alacrity making thousands of pounds by the bets that are placed. The rich members of the audience not only enjoy the game, they also flaunt their so called excitement by their antics on the field and the winnings they may make by the bets they place with bookies.

It used to be said in England ‘God save the King / Queen’.

Now the motto could well be ‘God save our bets’!

Anticopyright: Editorials and articles originated on TMS may be freely reprinted, disseminated, translated and used as background material, provided an acknowledgement and link to the source, TMS: The Various Shades of Cricket Matches, is included. Thank you.