Americans have intoxicated themselves for two and a half years on the vapors emanating from the alleged Russian ‘interference’ in the 2016 election affair–never proven. The strongest odor, if one bothers to inhale, is from the stench of hypocrisy.

The grant SFOP0005916 – Supporting Local Governance and Civil Society in Syria will go to “Nonprofits having a 501(c)(3) status with the IRS, other than institutions of higher education”. 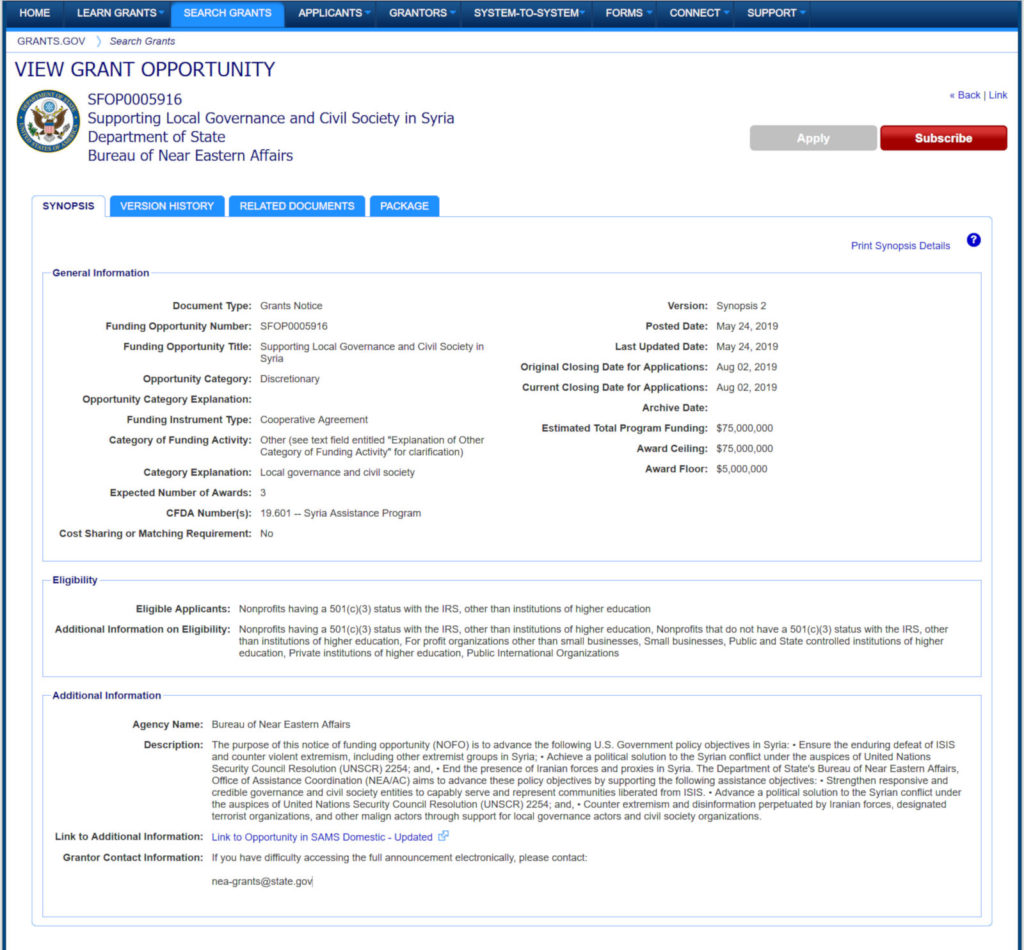 The task description is quite interesting as the NGOs which will eventually get the grant will have to commit to counter one of Syria’s military allies:

The purpose of this notice of funding opportunity (NOFO) is to advance the following U.S. Government policy objectives in Syria:

The Department of State’s Bureau of Near Eastern Affairs, Office of Assistance Coordination (NEA/AC) aims to advance these policy objectives by supporting the following assistance objectives:

The operational field for the grant is not only the Syrian northeast which U.S. troops currently occupy, but also the al-Qaeda infested Idleb governorate as well as all government controlled areas.

The related Funding Opportunity Description (available through the above link) does not explain what an NGO could do to advance the highlighted U.S. government goals.

Anticopyright: Editorials and articles originated on TMS may be freely reprinted, disseminated, translated and used as background material, provided an acknowledgement and link to the source, TMS: U.S. Government Seeks NGO Help for Removing Iran from Syria, is included. Thank you.