The world is celebrating the Environment Day on June 5. There will be the usual discussions and statements regarding the crisis of pollution, problems of earth’s sustainability and some well articulated action plans that governments propose to undertake but which are weak in practice.

Among serious problems of environmental pollution, other than global warming, climate change etc., and what has acquired an unacceptable situation today is water, which is critical for life. Water is found in rainfall, wells, ponds, rivers, seas, oceans, etc.  But there are serious issues concerning water in any form that we must confront them today.

I am listing some critical ones below:

These are all well-known problems. However, these are a bit remote from the perspective of ordinary people.

What is causing acute distress due to the factors listed above is the absence of water in many villages in India and some other parts of Asia, Africa. This is directly due to absence of rainfall, drought conditions and extremely high temperatures that both people and animals have to suffer.

Temperatures exceeding 45, 47 or even 49 degrees C are being witnessed in several parts of north India including the capital Delhi, and in particular in the state of Rajasthan causing acute suffering and even deaths.

The government is addressing the situation by sending not only trucks but even train wagons of water to the dry and drought affected regions. They are also giving information about when rainfall is expected and what people should do under the present circumstances.

However, people have to take prompt action to quench the thirst of children and animals. People, but mostly the women have to trudge long distances to bring a pitcher of water for their families and their cows that are struggling to survive under these torrid conditions. A picture that appeared in a local newspaper about women carrying pitchers is presented (below).

The condition is harsh and unbearable. What the governments and even the United Nations are doing is creditable , although they could do more, but we people also must pitch in by using resources like water and electricity modestly and not wastefully as several wealthy people are prone to do. This was encouraged by Mahatma Gandhi almost a century back — we must follow his advice and be conscious that a simple lifestyle is necessary for the protection of our planet and survival of all forms of life. 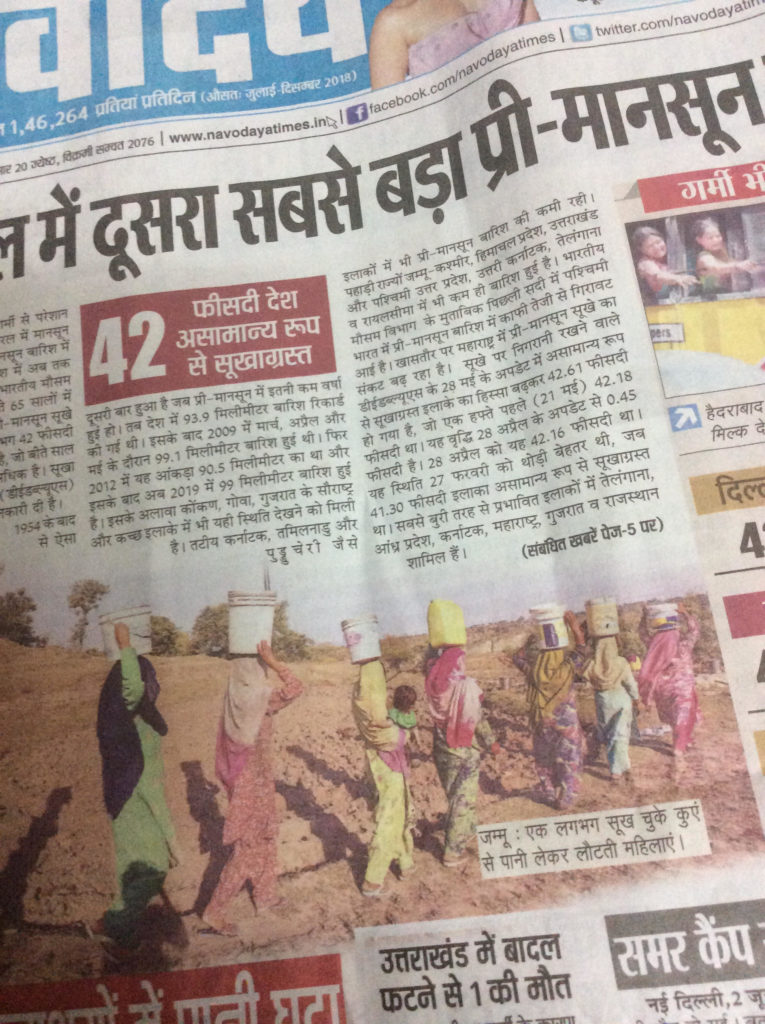 Anticopyright: Editorials and articles originated on TMS may be freely reprinted, disseminated, translated and used as background material, provided an acknowledgement and link to the source, TMS: World Environment Day — Reacting to the Existing Terrible Situation, is included. Thank you.