Facebucks Are the Last Thing the World Needs

Just what is the social media giant up to? 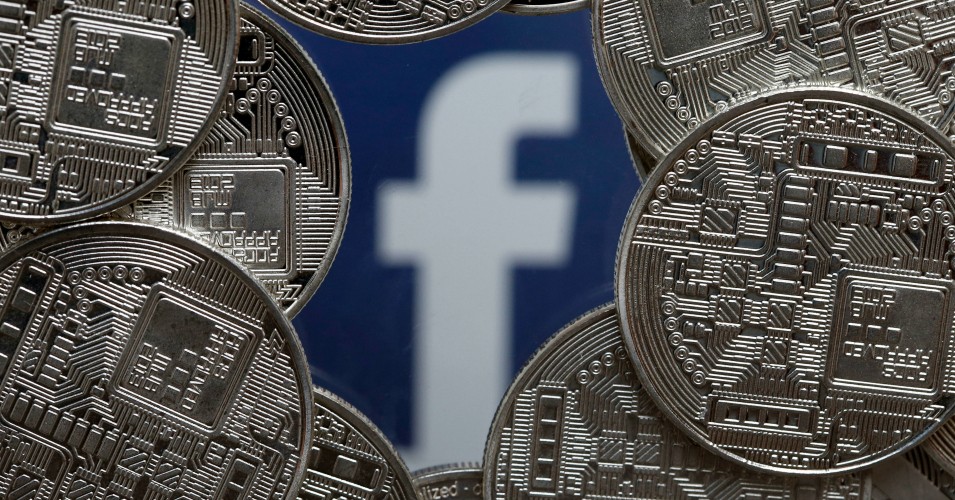 In this photo illustration, a visual representation of digital cryptocurrency coins sit on display in front of a Facebook logo on June 24, 2019 in Paris, France. Since the announcement of its creation last week, the virtual currency of Facebook Libra fascinates as much as it worries. (Photo: Chesnot/Getty Images)

5 Jul 2019 – Is Facebook’s money—Libra—funny money, or a threat to all currencies? Or is it just a giant scam to transfer people’s cash into Facebook?

Facebook’s proposed currency, Libra—or as NPR put it, Facebucks—has created a storm. Libertarians see Libra, a variant of a cryptocurrency backed by Facebook’s big bucks and the bevy of companies that it has put together, bringing the day when cryptocurrencies will truly challenge all global currencies and fulfilling economist Friedrich Hayek’s dream of The Denationalization of Money. Or perhaps, as a Hacker Noon article by Erasmus Elsner puts it, “Facebook has Found a place to Park its $40bn+ Cash Reserves and Everyone Thinks its [sic] about Crypto”—a clever way of taking in free cash without paying interest, and parking it wherever it wants.

Buried in the Libra White Paper are a couple of sentences that say Libra will also enable a global digital identity for people (read: a global Aadhaar). All this from Facebook, which is under fire for mass-scale violations of privacy. From a platform that literally extorts its users for visibility, the “real” currency of the narcissistic digital age: If you want your posts to be seen, pay us.

It is not my intention to have a close-up look at Libra. Instead, I am going to focus on what money is, not in theory, but in practice. Money is what we use for transactions; it is what we put in a bank—or under the mattress—if we want to store it. Simply put, it is both a means of exchange and a store of value. It gets its legitimacy as either of the two. The state backs it; the guarantee is on every note from the Central Bank of the state. All other forms of “money,” for example that used by Alibaba—Alipay—or Paytm—derive their value from the central currency, and are held in what can be called the “digital wallets” that we keep with these companies.

Most people see these wallets as temporary storage for real cash that can be used to make mobile payments. In China, most people use WeChat or Alipay for payments, even small ones. Both cash transactions and use of credit card payments are reducing in China, something that may also happen in different parts of the world.

Facebook’s Libra attempts two things simultaneously. It challenges all global currencies as it will be possible for payments to take place within Facebook’s ecosystem without the use of any specific currency. It is a currency backed by a private company, not a government. So is completely outside all currency controls of governments. Of course Facebook is using cryptocurrency as a substitute for the sovereign guarantee that every state extends for its currency. But let us be clear that the credibility of Libra or Facebucks lies in its being backed by Facebook, not its crypto algorithm.

Of course, the real world is not that simple. Yes, no country will be able to regulate Facebook’s money. Except the United States. Let us not forget that Facebook is a U.S. company functioning under U.S. law. It is bound by the same laws that apply to U.S. banks. Remember when U.S. sanctions were imposed on Iran, and all its money lying in U.S. banks—and even outside the U.S.—was seized by the U.S.? In fact, the return of these monies is one part of the Iran-U.S. Joint Comprehensive Plan of Action (JCPOA) deal, a part Trump has reneged on. So let’s not fool ourselves; Facebook’s money will not be under the legal control of any government except the United States.

The second part is with 2.27 billion users. Even if a small number of them “buy” Facebucks to put in their digital Libra wallet, Facebook will sit on a huge amount of liquid cash. It can add a very large amount of money to its $40 billion in cash reserves through this route. Facebook does not keep its reserve in its vaults in its headquarters in Menlo Park, California. Or in the bank earning some measly interest. Or in research. It uses this huge pile of cash as a giant hedge and investment fund. What the Facebookers will be doing, by buying Libra, is increasing this pile of liquid money for Facebook. We buy some funny money to play with in Facebook’s fairground; and Zuckerberg gets real cash to play with in the real world.

Facebook has claimed that its Facebucks will allow the excluded to enter the financial system; they are introducing their version of money to help the poor, not line Facebook’s pockets. Most people are aware of the true “altruism” of Facebook: it has become one of the richest companies in the world, and Mark Zuckerberg is one of its richest citizens. In India, we are already familiar with the Facebook rhetoric of “helping the excluded” during their Free Basics campaign. It is unlikely to cut any ice here. But it can still have some traction in countries that believe that Facebook is the internet. Or among people who use the internet largely for Facebooking.

So the key questions: Is Facebook introducing the first money in the world that is not backed by a sovereign or a sovereign state? Or is it a giant scam to launch a bank unfettered by any regulation? Or currency controls? Can states that allow Facebook to do so still control the money side of their economy?

For China and the U.S., the issues are quite simple. In the U.S., Facebook is under its jurisdiction and will have to obey any regulatory framework that exists in there. For China, again, it is quite simple. There is no Facebook in China. They do not need to control Facebook, and can regulate WeChat and Alipay, the two mobile wallets there.

With the exception of North Korea, Iran and Russia, who are already under U.S. sanctions, it’s the rest of the world that has the problem. In these countries, will the regulators ban Facebook’s money? Or will Facebook’s users, a larger number today than the population of any country, be able to force their governments to surrender to Facebook? This is the big battle that is shaping up in the financial world.

This article was produced in partnership by Newsclick and Globetrotter, a project of the Independent Media Institute.

Prabir Purkayastha is the founder and editor in chief of Newsclick. He is the president of the Free Software Movement of India and is an engineer and a science activist.