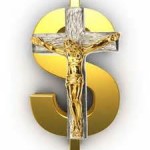 The West’s actions against Russia since the war in Ukraine could signal an emerging new order that shuns the U.S. for weaponizing the dollar and Western control over the global financial system. 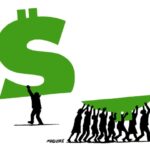 Theranos Verdict: In the U.S., It Is Fine to Lie to Consumers but Not to Investors
Prabir Purkayastha | Globetrotter – TRANSCEND Media Service, 31 Jan 2022

28 Jan 2022 – Hyper-capitalism has systematically weakened regulations to help capital at the cost of consumers. The verdict on the Elizabeth Holmes case simply illustrates the growing post-’90s disregard for consumers. 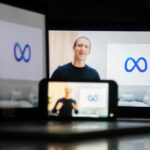 On 28 Oct, Facebook CEO Mark Zuckerberg launched a new company brand, Meta. The announcement has implications about digital life and work—provided it can overcome the hate speech and disinformation problems that could still plague Zuckerberg’s vision. 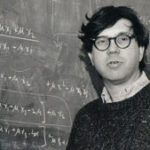 Pegasus and the Threat of Cyberweapons in the Age of Smartphones
Prabir Purkayastha | Globetrotter – TRANSCEND Media Service, 2 Aug 2021

29 Jul 2021 – Spyware like Pegasus is dangerous not only because it gives hackers complete control over an infected phone, but also because it introduces the skills and knowledge of nation-states into the civilian sphere. 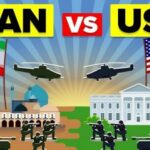 3 Feb 2020 – Russia and China have limited capacity to beat the U.S. sanctions. So has India, the other big buyer of Iranian oil. All countries have problems in paying Iran except through barter deals. This is impossible in the modern era without duplicating the existing global financial infrastructure independent of the United States. The U.S. exercises a stranglehold on the world’s financial structure, and this gives the U.S. sanctions international teeth. 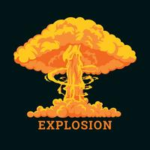 8 Jan 2020 – The U.S. is returning to its post-World War II U.S. vision of a Pax Americana. This is embedded in its nuclear doctrine, its strategic vision of controlling all theaters of war, and defining its competition in regional theaters as “revisionist powers.” That the U.S. and its leaders do not understand the world would not have mattered so much in an earlier era. Today, any war, let alone a nuclear one, will inevitably have global consequences. Arms Control Provides the Only Path to Peace 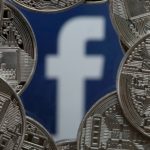 5 Jul 2019 – Is Facebook’s money—Libra—funny money, or a threat to all currencies? Or is it just a giant scam to transfer people’s cash into Facebook? Just what is the social media giant up to?