Japan Resumes Commercial Whaling – Researchers on How the World Should Respond

The first whale to be taken from Japan’s waters since the country resumed commercial whaling, July 1 2019.
© EIAimage

1 Jul 2019 – Japan recently left the International Whaling Commission (IWC) and has now caught the first whale in its waters since resuming commercial whaling, 33 years after a global ban came into effect. As a non-member, Japan is no longer bound by the International Convention for the Regulation of Whaling (ICRW) – the rules that the IWC has used to manage whaling since 1946.

The IWC’s moratorium on commercial whaling has broadly been a success – whale populations have increased where whaling was the primary threat. The humpback whale is one example of successful recovery, but species such as the northern right whale have never recovered from centuries of whaling and are in critically low numbers.

Outrage and despair greeted Japan’s decision to relaunch commercial whaling in its waters, although the conservation status of many species may be unaffected. Still, Japan’s exit from the IWC is a worrying message to the international community at a time when collaboration on environmental issues is sorely needed. 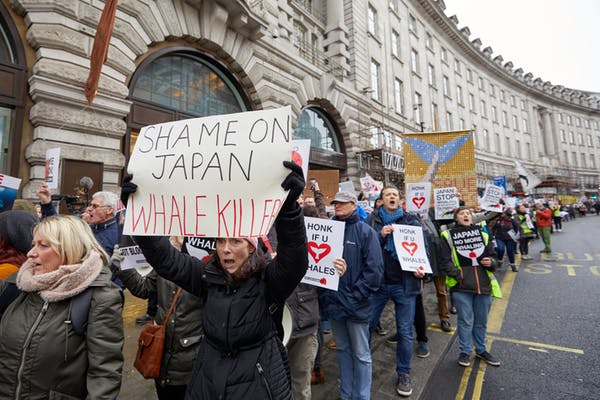 Why has Japan left the IWC?

Japan introduced a proposal at the IWC in 2018 which would allow it to restart commercial whaling. This was voted down – the proposal that was approved in its place supported a shift in the commission’s goal towards banning all commercial whaling in perpetuity.

A permanent commercial whaling ban might sound like an ordinary step, but the IWC’s purpose since 1946 has been “the orderly development of the whaling industry”. The IWC has gradually pivoted to focus more on conservation and other threats to whales since then, but one of its founding goals was to support the whaling industry and the people it employed. As the whaling industry has declined and attitudes towards whales have changed around the world, the IWC has changed too. Japan meanwhile has always been clear it wants to resume commercial whaling and is leaving the IWC because the moratorium was only meant to be temporary and lifted when whale populations could support whaling. 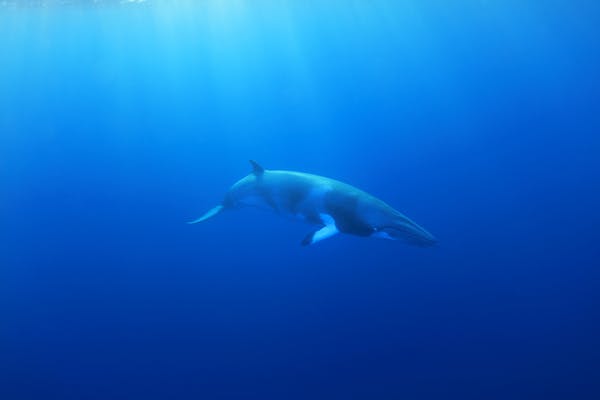 A mixed outcome for whales

For most whale species, the exit of Japan from the convention banning commercial whaling will have few consequences. Whale populations in the Southern Ocean are even likely to benefit as Japan will lose its special research permit for scientific whaling in the region by leaving the IWC. Japan mostly took Antarctic minke whales (Balaenoptera bonaerensis) here, but this species is not considered endangered.

It’s a different story for whales found within Japan’s Exclusive Economic Zone (EEZ). No longer bound by the IWC’s rules, Japan can harvest whales here under the right given by the UN Convention on the Law of the Sea but the number and species it will decide to take hasn’t been announced. One vulnerable population living in Japan’s EEZ which may be affected are common minke whales (Balaenoptera acutorostrata), which are genetically distinct and possibly number fewer than 5,500. It’s worrying this population hasn’t shown the same robust recovery seen among other minke whales.

Japan will want to prove to the world it can whale sustainably but the long-term future of whaling is uncertain. The market for whale meat in Japan peaked after World War II and is now a shadow of its former self. Although still eaten in cultural ceremonies and a few localities in northern Honshu, consumption is around 40g per capita each year – about the size of a slice of ham. Whether Japan’s diminished appetite for whale meat will reduce its whaling efforts though remains to be seen. 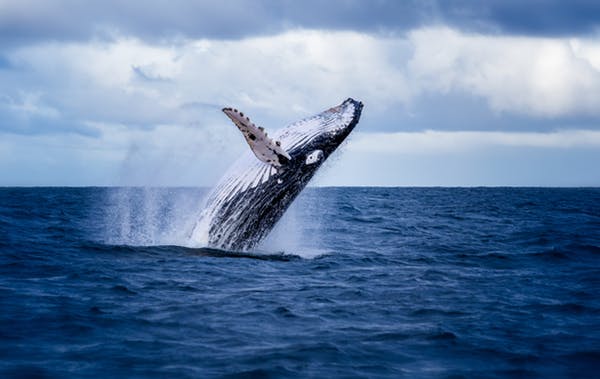 In the Southern Ocean, the ban on commercial whaling has helped some populations of humpback whale increase by 10% per year.
Nico Faramaz/Shutterstock

Research by the IWC scientific committee has greatly advanced our understanding of whale ecology and how to address other threats to their survival, like pollution, bycatch and climate change. Japan’s exit from the IWC doesn’t threaten the organisation’s activities and every effort should be made to continue this important research. But if the “International Whaling Commission” is to become a conservation organisation, then maybe its status as a whaling commission is outdated.

Agreements made under this convention might be better able to deal with the diverse threats facing whales. A whale research programme focused on conservation – as opposed to a whaling research programme – made up of the IWC scientific committee and Japan might have fewer conflicts as their objective would be clearer.

Japan’s exit from the IWC is a complicated issue beyond just whale conservation – it highlights the need for the international community to overcome disagreements. Asking why the IWC has succeeded and failed at different times can help us improve the way we work together on global challenges as after all, whaling is only one example of the many urgent and complex environmental issues that demand a global response. How well we work together determines more than just the fate of the world’s whales.