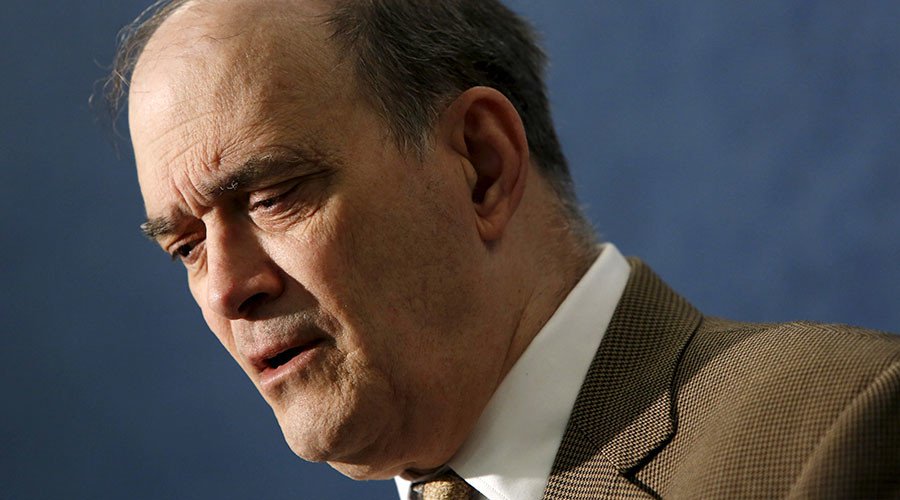 22 Jul 201 – Even to this day, if you tell people there is an ‘invisible government,’ or a shadow government that’s international in scope, they may call you a conspiracy theorist or give you a funny look. This is in large part due to the lack of education, particularly self education, of a population who is trained to go to school, get a job and ‘enjoy’ life. Sure, that’s all fine and dandy, but to deny and condemn a thought or an idea without any investigation is definitely the height of ignorance. Not only is it the height of ignorance, it also prevents humanity from moving forward. In order for us to move forward, we must properly identify our problems, and it doesn’t help when the most important problems that need to be identified are not even believed as a result of mass brainwashing and lack of education. No one is thinking for themselves, instead they simply rely on establishment media, which has been nothing but a massive propaganda machine since its inception.

The idea of a shadow government doesn’t only come from statements made by a number of global politicians and ‘world leaders,’ it’s been proven by policy changes and decisions that are not in favour of the people or the planet, which expose how our federal regulatory agencies are run by rogue interests. The CDC and the “Spider Papers” are one of many great examples, along with multiple whistleblowers from multiple agencies.

Political parties no longer support the people, and it’s hard to say if they ever really did. Government and politics are now simply, as president Theodore Roosevelt emphasized, “tools of corrupt interests which use them in martialling [sic] to serve their selfish purposes.” He flat out stated that “Behind the ostensible government sits enthroned an invisible government owing no allegiance and acknowledging no responsibility to the people. To destroy this invisible government, to befoul the unholy alliance between corrupt business and corrupt politics is the first task of the statesmanship of the day.”

This is the unseen power that exists today. Roosevelt wasn’t the only one, in his farewell speech President Eisenhower warned about the rise of misplaced power that “exists” and will “persist” within the military industrial complex.

Not long ago, President Vladimir Putin explained how, after a president in the United States is elected, “men in dark suits” come in and basically run the show. (source)

According to President Woodrow Wilson:

Since I entered politics, I have chiefly had men’s views confided to me privately. Some of the biggest men in the United States, in the field of commerce and manufacture, are afraid of somebody, are afraid of something. They know that there is a power somewhere so organized, so subtle, so watchful, so interlocked, so complete, so pervasive, that they had better not speak above their breath when they speak in condemnation of it. (The New Freedom, A Call For The Emancipation of the Generous Energies of a People, Written in 1913)

It seems that  John F. Hylan, Mayor of New York City from 1918-1925 was correct in saying that “the real menace of our Republic is the invisible government, which like a giant octopus sprawls its slimy legs over our cities, states and nation.”

At the end of the day, if you follow the money, it’s not hard to see who this “invisible government” that so many have referred to is. One thing is quite clear, it doesn’t seem like they have too much concern for humanity or planet Earth. There is so much evidence showing that the global financial elite (various members of big politics, corporations, Hollywood, Royal Families, people in positions of great power, the Vatican, etc.) are engaged in some very psychopathic behaviour. But are you really surprised? Look at the world and its systems and all aspects that surround humanity… it’s truly a reflection of psychopathic ‘leaders.’ And it’s a reflection of us being totally oblivious to it as a result of mass brainwashing. Still, in many cases, we support and stand up for these systems, and accept no other way… We refuse to acknowledge things that any fairly intelligent person should be able to see with a bit of investigation.

This is why I felt the need to share the interview below of William Binney. Binney is a former high ranking intelligence official with the National Security Agency who turned whistleblower after more than 30 years with the agency. He blew the whistle, like Edward Snowden did, after 9/11 on the agency’s mass data collection and surveillance programs, along with J. Kirk Wiebe and Edward Loomis, two other employees at the agency.

Since then, he has been quite outspoken and has helped shed light on several other matters. He’s also stated that the NSA surveillance programs have nothing to do with keeping the population safe, but are rather means to further continue “total population control.” (source)

This would make sense, and it also corroborates with all of the evidence proving the connections between terrorist organizations and the government/military industrial complex, including evidence proving their involvement in the funding, support, and creation of these organizations. Despite all of this, they still claim to be “going after” the same terrorists they’re supporting in the name of democracy.

In the interview below, Binney also references the shadow government in regards to Julian Assange, the founder of Wikileaks, specifically regarding his recent arrest and detainment.

Below is a quote from the interview:

To me, this is simply a continuation of the takeover of the world by the shadow governments of the world and their relationships internationally. They’re always there, they don’t get voted in and out. They control all the information that gets fed to the president, for example, to make decisions. They can tailor what they want him him to do by focusing certain information to him and and keeping others away like shadow blocking. You don’t allow other opinions to get to him so that he doesn’t have the opportunity to see another view. They have most of the mainstream media under wraps and doing what they want them to do now, but it’s kind of like the nail in the coffin that says, ‘if you ever do something that exposes all the crimes we’re committing or any of the criminality that we’re doing behind the scenes, if you ever do that, we’ll get to you.’

In the interview he also mentions how they use “national security” as an excuse to do everything in secret, and how it’s become a name used to justify secrets that are very unethical and wrong.

And there is very grave danger that an announced need for increased security will be seized upon by those anxious to expand its meaning to the very limits of official censorship and concealment. That I do not intend to permit to the extent that it is in my control. – JFK (source)

There is a lot of good food for thought, so be sure to check out the interview.

“The message is to everybody else in the world, either you conform to what we tell you to do, or we’ll do this to you.”

The influence from the ‘secret government’ is exactly why we see so many presidents speaking out against certain things during their campaigns, and then all of a sudden they do a one hundred eighty degree flip on their promises once they’re in office. Presidents, along with other politicians, are most likely blackmailed, extorted, brainwashed, or kept away from certain narratives and perspectives. Most of them have been nothing but puppets for the global elite. Some do this willingly, and others unknowingly. If one thing is true about global politics, it’s that what we are presented with is far from the truth with regards to what’s really going on behind the scenes.

Arjun Walia — I joined the CE team in 2010 shortly after finishing university and have been grateful for the fact that I have been able to do this ever since. There are many things happening on the planet that don’t resonate with me, and I wanted to do what I could to play a role in creating change. It’s been great making changes in my own life and creating awareness and I look forward to more projects that move beyond awareness and into action and implementation. So stay tuned. arjun@collective-evolution.com