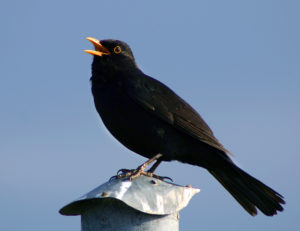 Rather than alight on the virtues of the brief and finely crafted piece with whose conclusion or culminating point I think I agree – and I say think because something about the craftiness and the loosely ambling paragraphs in which was concentrated a tremendous mass of casually expressed erudition put me off. Perhaps I was jealous, perhaps I was confused a little, or perhaps I was, more simply, taken aback by the realisation that the times I had been reading thoughts and ideas in formats extending beyond the length of a ‘tweet’ – and I confess I am myself not even on Twitter – have diminished over the past several years.

Well, I exaggerate, of course.  I have read books and plays and essays, and not just on the ubiquitous screens we have at our disposal. But it sure feels as if everybody these days has an opinion, and everybody’s opinion is conveniently rocketed out into cyberspace in the form of a message whose length is restricted to 280 characters (I just looked this up).  So I wonder: if you can’t get your idea(s) across in fewer than 280 characters, is your idea worthwhile? Or are you one of these people who has a hard time sneaking a few good ideas into so narrow a cell, and if so, what’s wrong with you?

I believe, however, that this form of communication that has taken over much of the world – this form that demands brevity or pithiness (or laziness?) – has begun to establish expectations in fora where we all could use a little more length and breadth, as, for example, in debating how a country could or should be run.

Over the years I have pined for a programme on American TV where two people might be given the time and courtesy to express their views in all the abundance they require, and with supporting evidence, so that an eager listener might actually be able to form an independent judgment about the merits of the cases presented. In other words, a true debate adhering to ideals of civility.

Instead the arts of interruption, of shouting down, of raising one’s voice, and of promoting spectacle over substance have been encouraged. With the flourishing of instantaneous digital communication these arts have blossomed – or been squeezed? – into the irksome mechanical hectoring birdsong that is about as far from song as a papier-mâché moon is from the real elusive reflective orb that has inspired human souls for millennia.

Meanwhile, back at the ranch, I’ve decided to hunker down and duck below the endless digital spray of tweets until they run out of ammunition – or at least until they pause to reload.

There will be a pause, won’t there?

Dr. Emanuel E. Garcia is a Philadelphia-born writer, theatrical director, physician, and a member of the TRANSCEND Network for Peace Development Environment. He resides in New Zealand since 2006 and his political essays and poetry have appeared widely on various websites and publications including TMS. His most recent novel is the comic tale of accountants, artists and astrophysicists in New York entitled Manhattan Stardust. Website: www.emanuelegarcia.com. Email: emanuelegarcia@gmail.com. Dr. Garcia is a physician and writer who has no hashtag.

Anticopyright: Editorials and articles originated on TMS may be freely reprinted, disseminated, translated and used as background material, provided an acknowledgement and link to the source, TMS: To Tweet or Not to Tweet, is included. Thank you.