Context Matters Except for the Palestinians

2 Aug 2019 – Just imagine the Israeli reaction to a peace plan put forth by a future U.S. president elected to pursue the agenda of ‘the squad,’ appointing on assuming office to lead its moves toward peace in the Middle East Noam Chomsky, the head of CAIR, and Medea Benjamin. Imagine further that prior to disclosing President Alexandria Ortiz-Cortez’s revolutionary peace initiative, Washington’s new leadership took the following unilateral steps: tabling a Security Council Resolution calling for the dismantling of the Israeli separation wall in accord with the 2004 Advisory Opinion of the World Court, insisted on Israeli adherence to Article 49(6) of the Fourth Geneva Conventions while calling for the prompt re-settlement of all Israeli settlers behind the 1967 Green Line, and informing Congress of its intention to discontinue further annual economic and military assistance to Israel. In addition to these ‘provocations,’ the U.S. energetically pursued a regional diplomacy with Arab neighbors designed to exert the greatest possible pressure on Israel to go along with whatever Washington proposes or suffer severe adverse consequences.

I know this would strike even most pro-Palestinians as an absurd way to seek sustainable and just peace arrangements, but this is precisely the road taken by the White House in its multiple acrobatic moves designed to build leverage for the Trump/Kushner ‘deal of the century.’ Even Obama’s feeble attempts to balance the scales ever so slightly brought fury to the lips of most Israelis, including its leaders. We can hardly imagine the Israeli response to a peace initiative launched by the squad along the above lines, which for all of its seeming radical character would actually be reasonable from the perspective of international law and morality even if it did cause collective apoplexy in Tel Aviv. The absurdity of this inverted ‘peace’ scenario should help us understand just how extreme has been the pro-Israeli extremism of the Trump White House. The fact that this has to be demonstrated rather than taken for granted underscores how victimized the Palestinian struggle has become in the eyes of many of us in the West.

Equally worth observing is the discourse on the Trump diplomacy adopted by Zionist apologists, and even some anti-Trump liberals and Israeli peace activists such as Gershon Baskin. Their bad faith message to the Palestinians is along three parallel lines: “Don’t repeat past mistakes by simply rejecting Trump’s peace proposals,” “Under the circumstances, what Trump offers is the best Palestine can hope for given altered conditions on the ground and in the region,” and “Don’t reject in advance, participate, listen attentively, responding favorably to any positive elements, and project an image of constructive engagement.” Revealingly, this advice to the Palestinians is set forth without any consideration of the extreme anti-Palestinian context created by a series of deliberate moves by Trump from the moment he was elected. Can you even imagine giving Israeli leadership this advice if the political realities were ever to be reversed?

It hardly requires a vivid imagination to conjure up the expletives that would undoubtedly lend color to the most probable Israeli responses to being told what to do in comparable circumstances. The Palestinians, in contrast, are being chastised for not being receptive and refusing to come to the table with an open mind. True, the Palestinian Authority has not shown much finesse in handling the situation, relying on the sufficiency of its skeptical mumbling and an ambivalent public ‘NO.’ Better would have been an explanation along these lines, “Given the hostility toward Palestinian concerns that have been a trademark of the Trump presidency since its beginning, how can anyone in their right mind expect us to be so foolish as to pretend that there exists any basis for exploring the Trump/Kushner proposals as if they might offer a fair resolution of our long struggle for the most basic rights?” Sitting down in such a tilted atmosphere would be the height of folly for the Palestinians, making them seem without dignity or understanding, mere puppets assembled so that their enemies could pull the strings.

Palestinians could and should have done better in setting forth their own vision of peace.  The extreme one-sidedness of the Trump approach handed Palestinians a golden opportunity to declare as forcibly as possible the urgent and immediate need for a new peace intermediary that was a facilitator, and not a partisan as past American presidents, or an imposer as this one seems to be. The United States had long overplayed its hand as ‘honest broker,’ but now it had gone so far as to make any further Palestinian acceptance of the American role a source of humiliation, if not a sign of political senility.

It is worth noticing always, how the background of pro-Israeli objectionable behavior is treated by international commentary. When the context of justification is overlooked or repressed it usually signals an intention to persuade the audience by excluding complicating considerations, in this instance, the multiple signs that the United States has destroyed all reasonable expectations on the part of the Palestinians of fairness or objectivity in a proposed peace process. If the Oslo framework was deficient from these points of view, the deal of the century/peace from prosperity framework augers far worse. When the context is brought into play it represents an attempt to discover whether there are reasonable grounds for moving forward, and in this case there are none.

In the end, there is an underlying misinterpretation that has further distorted most commentary. What is being sought by Trump’s ‘peace diplomacy’ is not a political compromise that takes accounts of the basic rights of the two peoples, but a victory of one side over the other. It is an approach lightly theorized by Daniel Pipes and his confederates at the Middle East Forum, seeking to justify coercive U.S. and Israeli moves that will induce the Palestinians to acknowledge political defeat and submit to conditions at the behest of the Israeli victor. Thus, the success of the Trump/Netanyahu approach is not a matter of finding ground between the two sides, but turning the screws of repression so tight that the Palestinians will surrender. The approach has been so far based on diplomatic coercion supplemented by regional and global geopolitical leverage, but little direct violence beyond the acceptance of Israeli reliance on excessive force in dealing with the Great March of Return over the course of the last 68 Fridays.

And yet, responsible Palestinian leadership should be doing more than sit sullenly on their hands. In addition, to explaining why Trump’s moves makes the traditional U.S. role unacceptable for purposes of negotiation, the Palestinians of all factions should set aside their disagreements, and achieve a unity of purpose, at least for the duration of their national struggle. Even more important might be, taking the diplomatic initiative by convening a team of respected experts to draft the outlines of a peace proposal that stakes out the contours of a political compromise on Jerusalem, settlements, statehood, borders, refugees, water, offshore resources, economic cooperation, security, and whatever else seems relevant. Even if only in the form of a declaration of principles, it would manifest an intention to do more than refuse the paltry offerings that Kushner, Inc. is peddling throughout the region.  Such a positive initiative articulated by the Palestinian side is long overdue, would be of help to the Palestinians in the inevitable ‘public relations war’ that may in the end be as relevant to the political struggle as the diplomatic tug of war or even resistance struggles.

The basic point lingers. Context matters, and when it is eliminated, assessments of behavioral reasonableness are bound to be distorted, especially if what is at stake is highly contested. This is particularly true for the Trump/Kushner unabashedly cruel approach that seems designed to enable an Israeli ‘victory’ under the guise of achieving peace on the basis of political compromise.  Those who care about justice must not let this happen! 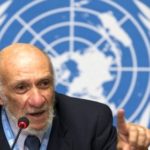 One Response to “Context Matters Except for the Palestinians”